Spike Lee’s Vampire Weekend: What to Make of His Kickstartered ‘Da Sweet Blood of Jesus’

Needless to say, vampires are A Thing. Novelists, women, men, boys, and tween girls love them. So do good and great filmmakers. The list is longish, and includes everyone from F.W. Murnau and George Romero to Kathryn Bigelow, Mel Brooks, and Park Chan-wook. Jim Jarmusch made a recent contribution. And now so has Spike Lee. Sunday evening, a nearly sold-out crowd gathered at the School of Visual Arts Theatre in the Chelsea neighborhood of Manhattan to see the world premiere of Da Sweet Blood of Jesus, in which vampirism comes to Martha’s Vineyard. The occasion was the closing night for the American Black Film Festival, which recently relocated to New York City.

The premiere landed in the middle of the World Cup match between the United States and Portugal, and it began comically late — right about the time Silvestre Varela jabbed in the tying goal with his head. Sartorially aware of the dilemma posed to some of the moviegoers, Lee made his brief introduction wearing a Team USA jersey and porkpie hat.

Highlights confirm that the match had more suspense and — regardless of which nationality you sided with — more horror than Lee’s movie. In its defense, Da Sweet Blood of Jesus is actually going for something beyond scares: churchiness, drugginess, eroticism, and social commentary. The film tells the story of an anthropologist named Dr. Hess Greene (Stephen Tyrone Williams) whose assistant stabs him with a cursed African artifact that renders him immortal and thirsty for blood.

Eventually, the assistant’s comely British wife, Ganja Hightower (Zaraah Abrahams), arrives on the island, and Ganja and Hess share some marijuana, then a bed, and then the rest of his well-appointed lakeside cottage. Along the way Ganja eats raw meat, throws a tantrum, and seduces a willing islander into sex on the bathroom floor. And Hess drops in on a clinic to undergo an HIV test. He visits the projects to prey on a single mother, and introduces his ex (Naté Bova) to his new wife. On a couple of Sundays, he sits passively in the rear of a rollicking Baptist church in Red Hook, Brooklyn, that has Valerie Simpson on the organ and Raphael Saadiq on guitar. (Getting from Massachusetts to New York happens with the kind of fluidity that lets you assume Red Hook was a subway stop from the Vineyard.)

This is a remake of Ganja & Hess, Bill Gunn’s little-remembered 1973 art-horror film. Lee’s film is sharper looking than Gunn’s. It’s broader and funnier. It’s got ganja, but none of the erotic and spiritual gonzo that makes the Gunn movie a unique specimen of its moment. It shares planetary alignment with Ken Russell and Nicolas Roeg, but somehow it’s even more smitten with its own strangeness. This is a movie in which the sex occurs in the most natural-looking slow motion I can remember. It makes the gauzy, braised approach to fucking in a Zalman King production seem like flash-fried aerobics.

Gunn’s movie was about erogenous connection — between a man and a woman, between indoorsy socialization and the natural, free-range world. It was about forsaking religiosity for lust and then finding redemption, forsaking your African American self for a more purely African one. These were very 1973 questions: ancestry or assimilation? Self-indulgence or self-preservation? Vampirism was a metaphor for all of it. But Gunn didn’t lecture. He made a mesmerizing film in which ingeniously distorted sound and arresting imagery produced cinema.

Why remake rather than remaster and rerelease it? The original is a feat of political personality. Like his even more unnecessary remake of Park Chan-wook’s Oldboy from last year, Lee has simply grafted on some of his formal tics. Da Sweet Blood of Jesus is emptier than you could hope for a movie about black blood-drinkers in New England. Any ambition you sense arises from the movie having been made at all. It was funded, for a relative song, through crowdsourcing, and is currently in the market for a distributor. The soundtrack was also crowdsourced with unsigned artists, and its mix of hip-hop, pop, and folk rock gives the movie a lot of its verve. (Bruce Hornsby did the bright, piano-driven score, which is the musical equivalent of sheets blowing on a clothesline.) 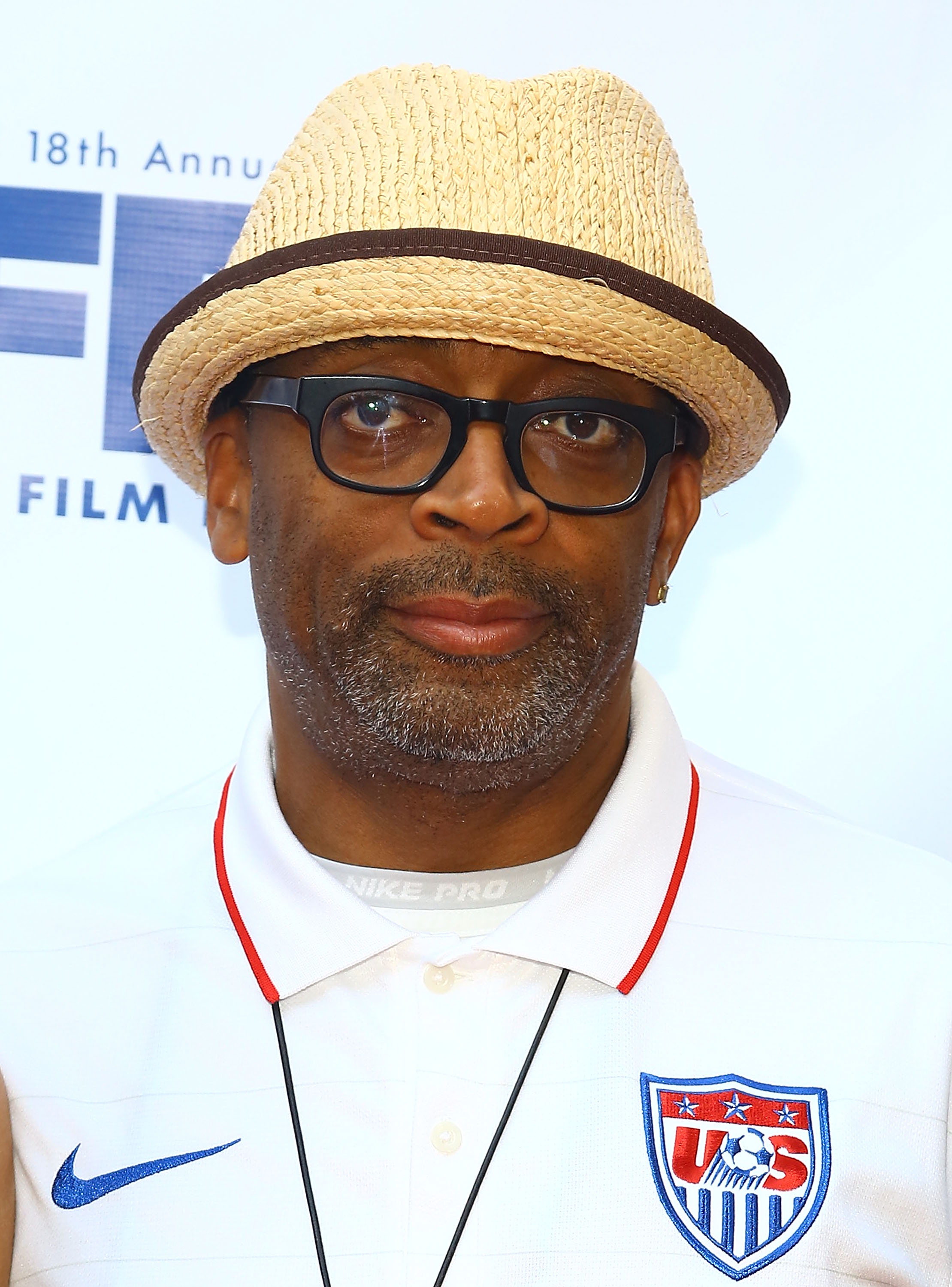 It’s just that you spend more than two hours waiting for an idea to remain in focus long enough to savor. There is the persistent suggestion of a predatory overclass and also that it’s so lonely being black and rich that the sense of alienation can turn you against yourself. The African art on display in Hess’s two homes (the other sits above Central Park) implies not only wealth, but a commitment to its carefully curated — OK, overcompensatory — display. But this is by no means an exploration of the upper classes or an exploration of the lower classes. If anything, it’s an uncomfortable comedy of conspicuous affluence. Ganja, with her posh accent and prima donna flare-ups at Hess’s butler (Rami Malek, making the most of a limp cliché), seems like a parody of bougieness. She could be a gold digger from a Bravo or VH1 reality show. (Felicia Pearson, Snoop from The Wire, makes a memorable appearance as a hooker who sleeps with Hess.) Once again, Lee finds himself drawn to a bodaciously built, anorexically conceived idea of the opposite sex. Sometimes, the movie’s biggest ideas just seem attached to women’s chests.

No one makes a mess like Spike Lee. He’s at his best when he has something to say, when he doesn’t think anyone’s looking — or when he doesn’t care that anyone is. His recent fictional work, starting with 2008’s Miracle at St. Anna, through to Red Hook Summer and Oldboy, has been defensive. The success of Inside Man didn’t free him creatively. It seemed to apply a new kind of pressure. He keeps trying to prove that he matters, as if we’d forgotten how much he does. Da Sweet Blood of Jesus is innocent of having something to prove. It’s not cantankerous or burdened with self-expectation. It’s a tribute and a lark. After the film, during a Q&A, Lee even refused to classify it as a vampire movie. He doesn’t have a persuasive alternative category. He’s just sure it’s not that one. So the film winds up feeling defensive after all.

On the one hand, Da Sweet Blood of Jesus gives some undiscovered talent a calling card (Epic Records plans to release the soundtrack), and Williams, who could be Kevin Durant and Frank Ocean’s brother, has an intellectual seriousness you’d like to see again. But these are crazy times, and, once upon a time, Lee felt a duty to respond to them with crazed, righteous, provocative filmmaking: Take the pop-culture premonition in Bamboozled (2000) or the nutso but underrated big business-maternity farce of 2004’s She Hate Me. He did make one documentary masterpiece, When the Levees Broke: A Requiem in Four Acts (2006) and a very good follow-up four years later.

Sitting through this new movie isn’t a chore. It brings Gunn’s film closer to the tonal smorgasbord of blaxploitation. That’s a subtle formal adventure. Gunn certainly didn’t appear to be going for that — but that’s what Lee has brought out in his material, even though some of the press materials say things like “not Blacula.” And yet it’s inconsequential enough to make you long for Lee’s more substantial incarnation, the one who, last winter, ranted about the ongoing gentrification of Brooklyn during a public Q&A. He has no obligation to turn a camera on more of his grievances, to make a farce or tragedy — or something — out of neighborhood decay. Yet Da Sweet Blood of Jesus allows you to ask whether his moviemaking and audience would be better served if he did.