Songs of the Week, With Special Guests Bad Books 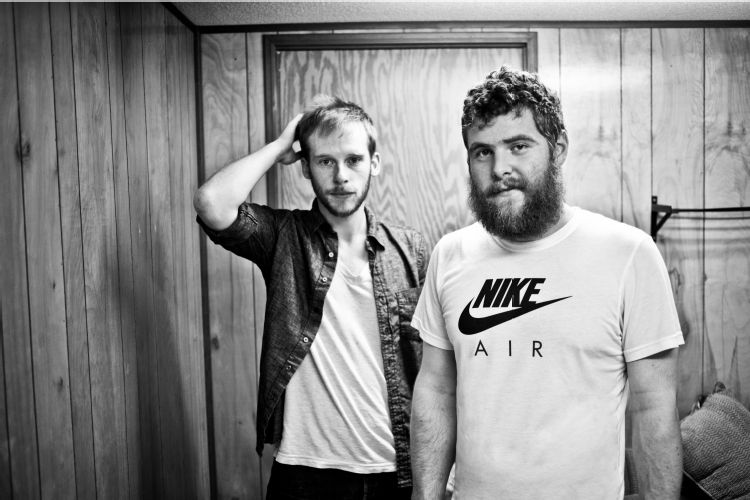 Back in late December, I picked Bad Books’ new single “Forest Whitaker” for our Song of the Year feature, so I’m excited that Kevin Devine and Andy Hull, who split the band’s songwriting, singing, and guitar-playing duties, agreed to guest-edit Songs of the Week. They’re about to go out on tour to support II, their recently released second record. Check it out if you haven’t already. And enjoy.

Kevin Devine: “I’d love to speak to Leonard; he’s a sportsman and a shepherd; he’s a lazy bastard living in a suit.” So opens the 912-year-old master’s 372nd album (both rough estimates) of wry and holy meditations on the liminal spaces between sex and spirituality, the immediate and the infinite. The best living lyricist by an unfair distance.

Devine: I had the pleasure of touring with these guys this past spring; Bad Books is about to go out with them in a few weeks, and I couldn’t be happier. This is my favorite song from their excellent debut record (no. 2 is on the way), a series of oddly poignant confidences and inner monologues set to propulsive basement punk pop with a magic trick at its middle: a soulful and observant songwriter peeking out behind the smirk and noise.

Devine: Joining the praise chorus here. Out the gate, dude knows more about taste and tension than almost anyone else in his peer group, exhibiting a delicious restraint sorely lacking from most modern R&B. Monster chorus.

Sun Kil Moon, “I Know It’s Pathetic But That Was the Greatest Night of My Life”

Devine: 1:48 song-as-Polaroid. Mark Kozelek has strung together a career of unblinking gut punches elegantly delivered in his molasses baritone, but maybe none so casually arrived at as this one. Gets in, gets out, perfectly and without manipulation framing a simple interaction with surprising emotional resonance. Really beautiful song.

Devine: I think hers was the most punk-rock record I heard last year. It feels like she’s standing next to you singing these songs, daring you. Crazy tension, incredible vocal performance, so spare and intense. No place to hide, not that she’d be especially interested in that, anyway. Bonus: absolutely bonkers surrealistic dreamscape music video.

Andy Hull: I know nothing about this band, except for the fact that they’re from Brisbane, Australia, and this song is BAD TO THE BONE. I pretty much go for anything sounding like The Pixies or Nirvana — and throwing in the AUS accent only helps it sound a little like old-school Silverchair. (If you like what you hear, make sure to check out another amazing song called “Jesus Stole My Girlfriend,” too.)

Hull: You may or may not have heard of Glasgow’s Biffy Clyro before, and if you’re from the U.S., it’s likely you have not. If you’re from literally anywhere else, chances are you know them well. And if you have heard of Biffy Clyro, then you know they are one of the few great current rock-and-roll bands around. This song is from their upcoming double album, Opposites.

Hull: When I first heard this band, I thought they sounded like Gollum with a bass synth and a hip-hop backbeat. The more I listened, though, the more I realized there was something really hypnotic and original here. Something else I found interesting? They don’t use cymbals. And by doing so, they create a very distinct sound that I can’t say I’ve ever heard before. I mean, you can hear the influence in their sound, but it is distinct and comes across as honest. This entire album is good, but this song was the clincher for me.

Hull: Great band, great album. I’m a sucker for songs that sound like they could explode but always hold back a little bit. I can’t wait to see this song live. Be on the lookout for their new album, Pedestrian Verse.

Hull: Might not seem like an obvious choice among these other tunes, but JT is back and we all need to celebrate a little bit. Longtime collaborator Timbaland provides three very badass and quite unique sections to make up a pretty unconventional pop song. Doesn’t hurt to throw Hova in the mix, either, but his verse isn’t the highlight of the track, and I’m not sure the song really needed it.

NBC Comedy Recap: Two Shows Nearing the End Give Us What We Want, and What We Desperately Don't Want

Trailers of the Week: Inside Llewyn Davis, Olympus Has Fallen, The Heat, and More