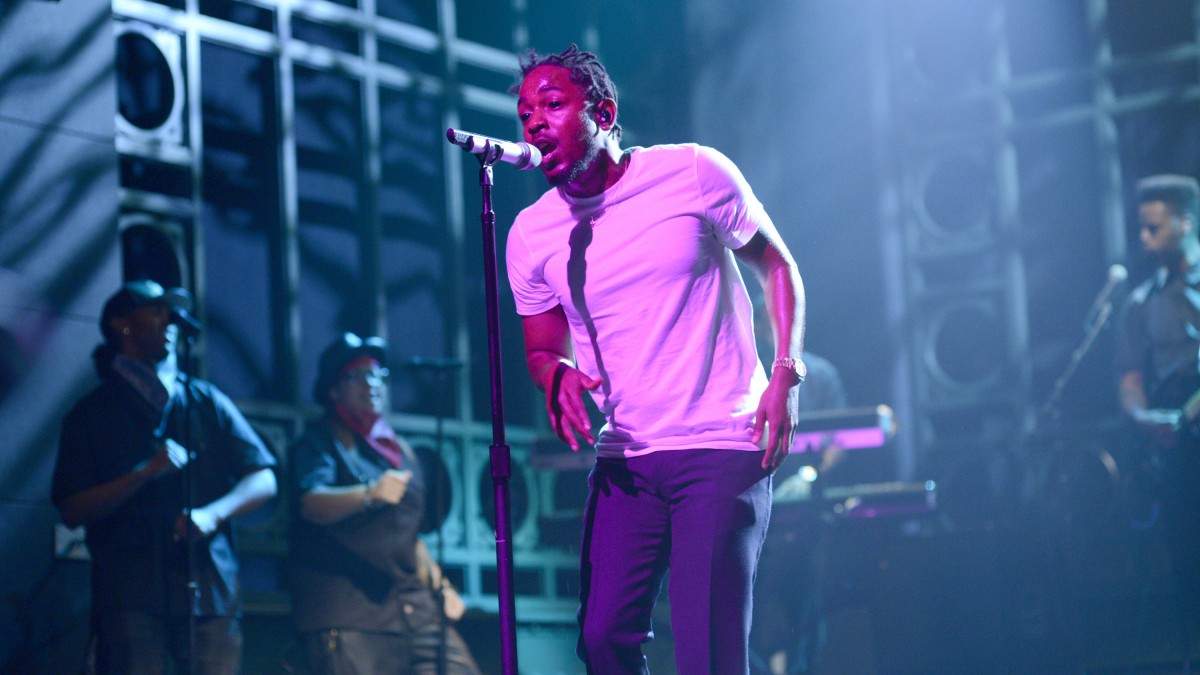 Kendrick Lamar, “The Blacker the Berry”

I told you jazz fusion was back! Hopefully this song means political rap is back too!

The new single from Hot Chip sees them heading into Fear of Music territory. “Huarache Lights” is a creeping oscillation, the sound of waves of paranoia rolling in, the club in the dim hours of dawn when the sun is coming up. But is it about the food?

Madonna’s 67th music video is, put simply, “Madonna torera”  — and it’s her best video (and song) in years. Minotaur men? David Lynch red velvet curtains? This is a simple, well-executed setup with a focus on the dancing. I’ll take it! Whoops, I get chills every time I hear the climax of this song. Burnish that legacy, bitch! “MAN IS THE CRUELEST ANIMAL.” Look, if this music video didn’t end with a Nietzsche quote, would it even exist? (That’s also a Nietzsche quote, by the way.)

OK, so at first I just thought this was an amazing narrative music video for the new Avril Lavigne song “Give You What You Like.” At the end it’s revealed that all the clips are from a Lifetime movie called Babysitter’s Black Book, which just makes things even better. The movie, of the Mother, May I Sleep With Danger persuasion, concerns a babysitters’ club that turns into a prostitution ring, obviously. Avril wears a big hat and sits in front of a fireplace surrounded by candles, because she is an ageless teenage hell demon.

Trickfinger, “After Below” (John Frusciante)

John Frusciante (ex–Red Hot Chili Pepper) made an acid-house album, and guess what: It rules.

Kylie Minogue and Giorgio Moroder did a song together, and guess what: It also rules. This is like the soaring moment Minogue’s career has been building toward, and I want to dance to this song on top of a disco ball dropping on New Year’s eve in Times Square in the year 3000.

“The story is inspired by an ancient story from the volume 296 of The Extensive Records of the Taiping Era called ‘The Three Illusions.’ It tells the tale of two sisters who run a club. No one knows how they got rich or so many donkeys. In reality, they cheat lousy men into eating cookies and then they’re turned into their slave donkeys and they ride them. So, basically, the guys broke their hearts and they went all lesbian and witch on them and then partied.” —Commenter Gim Hwei, one week ago

With the radio smash success of “Body Language,” which features her vocals alongside Usher’s and Kid Ink’s, Tinashe “2 On” Kachingwe is having another good year. “Aquarius” is the centerpiece of her debut album, and it shows off her fluidly sensual aquatic sound. “Aquarius” sounds like a Prince song of the “Soft and Wet” variety.

John Legend on that duet grind!

Diet Cig are from New Paltz, New York, and this is a cute video for a cute song that you’ll love if you’ve ever liked a lo-fi indie-rock band (SHOUT-OUT TO ALL MY SARAH RECORDS HEADZ), in which case you will also relate to the ur-indie-rock sentiment, “I’m sick of hearing about your band,” and the made-for-five-dollars, charming-as-all-heck music video. Diet Cig is a great name, too.

Filed Under: Music, Songs of the Week

Oscar Second Opinion: 2014 Was a Bad Year for Actresses, Unless You Were in ‘Gone Girl’