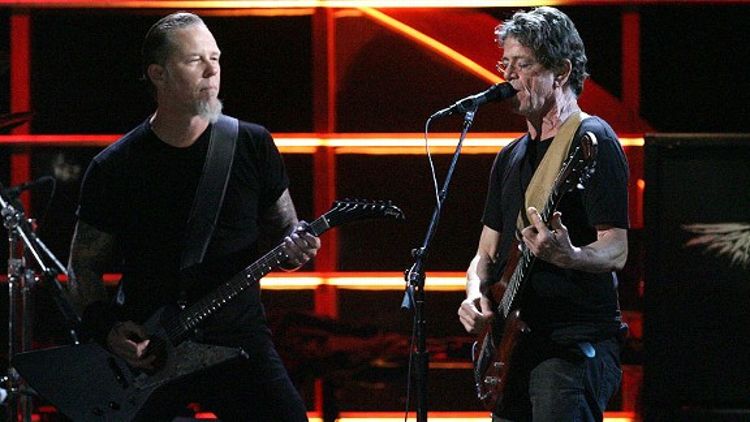 Lou Reed and Metallica, “The View”
The unlikely pairing of Lou Reed and Metallica dropped this track from their album, Lulu, on Tuesday — and inspired huge, unyielding torrent of Internet hate. Yes, it’s a silly cut-and-paste job (Lou Reed talks, James Hetfield sings, guitars shred), but did it deserve so much vitriol? Yeah, probably.

Pusha-T, “Don’t Fuck With Me”
Pusha borrows Drake’s “Dreams Money Can Buy” and fires shots at all kinds of wack, shady rappers without naming names. Feel free to guess who he’s mad at (Drake and Lil Wayne are the prime suspects), but let’s not overlook the important thing here: Finally, underrated Chappelle Show co-creator Neal Brennan gets a shoutout.

Random Axe, “Chewbacca”
The indie-rap supergroup Random Axe dropped this banger over the summer, but only just now provided the whimsical video. Springing from a one-off mention from Sean P. (“Chewbacca / deuce-duece, papa / now rocking your shoes proper”), it imagines a day in the life of modern-day Chewy: Getting blunted, drinking coffee, grinding up on fine ladies, dusting off R2D2 statuettes, chopping off with the RZA. Sounds about right.

Susan Boyle, “Enjoy the Silence”
SuBo does Depeche Mode. This is the best thing that’s ever happened to Martin Gore’s bank account.

Rostam, “Wood”
A solo sitar jam from Vampire Weekend keyboardist/secret weapon Rostam Batmanglij. Legend has it, it only took thirty seconds of this track to inspire Wes Anderson to start writing a new movie.

Delicate Steve, “Don’t Get Stuck (Proud Elephants”)
Here is a video of New Jersey indie-pop act Delicate Steve recording a propulsive instrumental jam in their home studio. The shirtless masked guitarist guy is definitely having the most fun.

G-Side feat. Stalley and Joi Tiffany, “Getting It”
Not to be one of those guys that’s all like, “You know that mainstream thing that is popular? Here is a similar but superior non-mainstream thing ” — but, in the field of shit-talking over murky beats, B.o.B.’s new single “Strange Clouds” just got owned by G-Side’s “Gettin’ It.”

MGMT, “Lucifer Sam”
Late Night With Jimmy Fallon had bands doing Pink Floyd covers all week, and MGMT showed up rocking fisherman overalls, lobster traps, and bubble machines. Meaning: You don’t even have to like music to enjoy this video.

Bruno Mars, “It Will Rain”
The unstoppable hit machine of the moment wrote a song for the soundtrack of the new Twilight. On it, he claims he’ll “never be your mother’s favorite,” which is weird, because he’s rich and good looking. Your mother is extremely hard to please.

Filed Under: Bruno Mars, Metallica, Pusha-T, Songs of the Week

Trailers of the Week: Contraband, Freak Dance, One For the Money