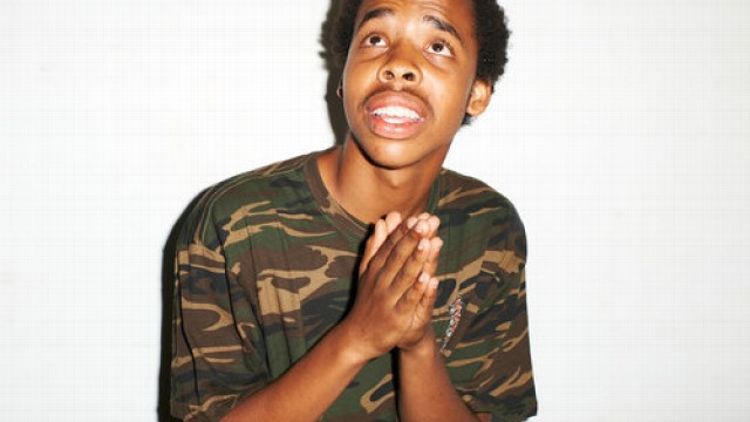 Earl, still rapping like he’d take the time to jot notes on distinctive cornices, even if he were being chased down a suburban Maryland street by a rabid panther. Oh, and please go ahead and listen to new Mr. Sweatshirt material, but just know that your opinion doesn’t really matter, because the kid from Third Rock From the Sun has already tweeted his support. (If you to click on that tweet, be aware, Looper spoilers might follow).

Kendrick Lamar, “The Jig Is Up”

So first Shyne tweeted “Yoooo! Kendrick Lamar is talented with a lot of potential but his album is traaaaash!,” then he backed himself up on Hot97 by saying the media hype was brainwashing the masses to like good kid, m.A.A.d city, and, oh, also, the beats are wack. Then Kendrick drops this J. Cole–produced number, calling out his detractor with a simple “I pray to God this beat is good enough for Shyne.” Game, Kendrick.

This new VW track is pretty good. But their scary face makeup? Unbelievable!

The Thom Yorke–Flea–Nigel Godrich super group drops another propulsive little banger. By the way, did you know that “Atoms for Peace” was the name of a speech Eisenhower gave to the U.N. in 1953, in which he said “I feel impelled to speak today in a language that in a sense is new — one which I, who have spent so much of my life in the military profession, would have preferred never to use. That new language is the language of atomic warfare”? And, boom, SOTW goes back-to-back with 20th-century U.S. history references.

You say no to Wiz Khalifa, Juicy J can’t. Kinda wish he would, though. : (

Long ago I made a promise to myself that if Chris Cornell stopped doing Audioslave and making cringe-inducing “R&B” with Timbaland, I would never again critique anything he did. Today, I am challenged, because this new Soundgarden song is way boring. But I remain stalwart in my convictions.

Nash, the would-be next Lily Allen, returns with a theme. She explains: “Happy Halloween Dudes!! What with meeting thhhheeeeeee Xander and re-creating Buffy episode ‘Once More With Feeling’ with my friends, this is like totes the best Halloween everrrr!” Working Buffy‘s manic cult audience into your camp, huh, Kate? Very, very shrewd.

Speaking of Halloween: I know it already passed, and I know the parties for it actually went down last weekend — but in New York, Sandy totally ruined the festive spirit, and the people of the East Coast and I are left wanting. So how about we go another, Sandy-defying Halloween round this weekend? Yes, good? OK, cool. Now, to get into the spirit, the indisputably greatest Halloween song of all time. Of all time.