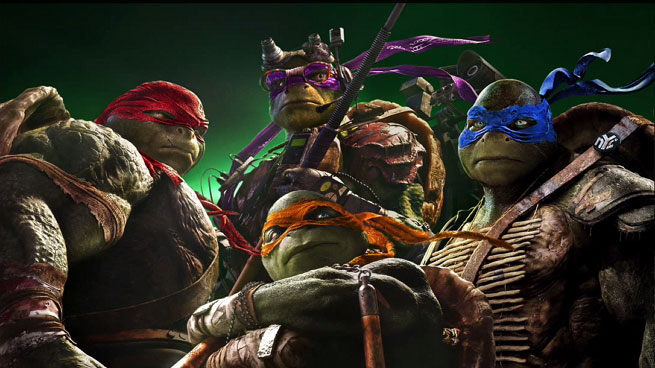 We still have two and a half weeks to enjoy Earth before the Michael Bay–defiled Teenage Mutant Ninja Turtles comes and ruins everything. But that doesn’t mean we’re free to coast through life all peaceful and devoid of Nü-Turtle atrocities. No — we’re gonna get marketing-slammed as hard as we’ve ever been marketing-slammed, and yesterday’s debut of “Shell Shocked,” a.k.a. the new TMNT rap theme, is one such trial. But is it actually an improvement on 1990’s “Turtle Power,” the O.G. Embarrassing Turtle Jam? Let’s assess, scientifically and thoroughly.

“Turtle Power” came from James Alpern and Richard Usher, better known as Partners in Kryme, and it was their first song. Take a good look at the boys, courtesy of the thematic artwork for their second (and, surprisingly, final) single: 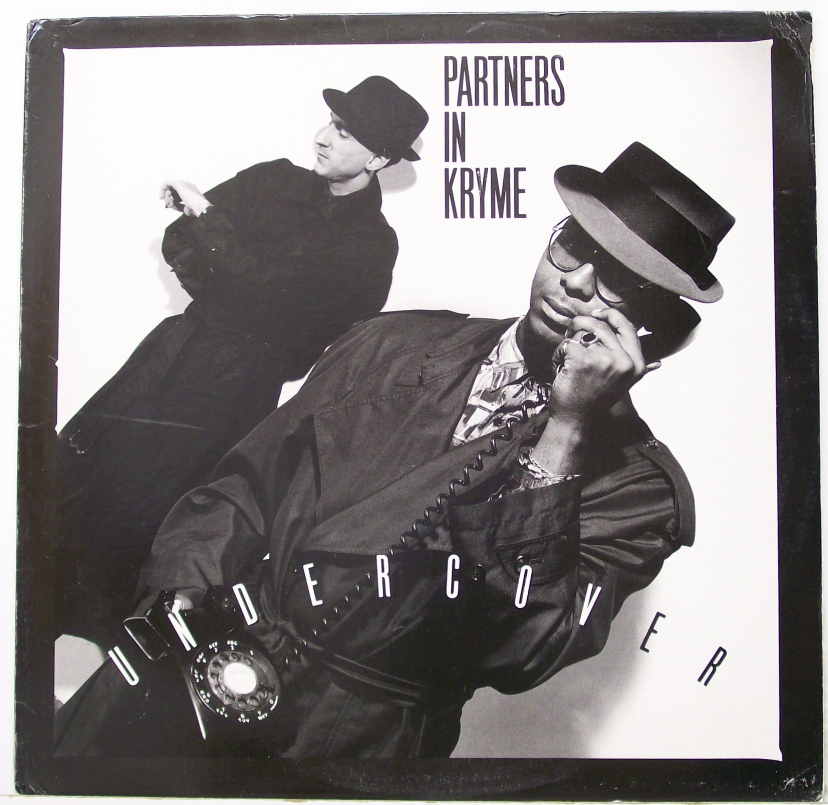 “Shell Shocked,” meanwhile, comes from Juicy J, Wiz Khalifa, and Ty Dolla $ign. You can say lots about these three — about their names, about their personae, about their musical output, about Ty’s hat — but they’ll never be Partners in Kryme, and none of them got their start rapping about reptilian crime-fighters.

“Turtle Power” is severely limited by its Kmart keyboard production value, which sounds like the ’80s ended five minutes before the engineer hit “Record.” The silly, funky bass, the orchestra punches — it’s rough. “Shell Shocked” is an unremarkable but inoffensive EDM track taking its cues from Skrillex and trapstep. Bass gets dropped, and we’re used to that by now.

I know a lot of people already hate this new TMNT theme on principle, and love the old one because they pranced around the house to it as little kids. The Turtles were as big a part of my childhood as anything, but I’m not about to sit here and make a case for “Turtle Power.” I respect myself. And still, no amount of lab-approved evidence will be enough to convince those who harbor a fuzzy heart-space for Partners in Kryme rapping that intensely plot-heavy rap about the heroes in a half-shell.

“Shell Shocked” pivots between Turtles-appropriate couplets (“Gimme the whole pie / real cheesy,” “You know I got your back / just like a turtle shell”) and standard-issue rap signifiers like Rolexes and Lamborghinis. It’s three quick, in-and-out verses buffered by a hook. “Turtle Power,” though, is almost a work of art in its insistence to spin a TMNT-appropriate narrative across four minutes. And the lines are just so unstoppably silly: “Headed by Shredder, they were anything but good / Misguided, unloved, they called them The Foot / They could terrorize and be angry youths and / they mugged the people, who needed proof?” Or how about the classic “Pizza’s the food that’s sure to please / these ninjas are into pepperoni and cheese.”

Only “Turtle Power” makes use of the most Turtles-y phrase there is. (Juicy J squeezes “nunchuk” into “Shell Shocked,” though.)

“Shell Shocked” doesn’t spend enough of its time digging into the TMNT mythos to mess anything up. “Turtle Power,” however, flew a little too close to the sun. Per Wiki: “The song’s lyrics erroneously suggest that Raphael is leader of the team, a role traditionally held by Leonardo.” No one wants an erroneous suggestion getting in the way of their good time.

My upstairs neighbors have been bustling around the entire time I’ve been writing this. I’ve felt significantly less embarrassed blasting “Shell Shocked.”

Neither track is good. But, against all odds, “Shell Shocked” is less not-good. This decision has zero impact on the legacy of Vanilla Ice’s timeless Secret of the Ooze joint “Ninja Rap.” Go ninja, go ninja, go.

Will the Infinite Worlds of ‘No Man’s Sky’ Revolutionize Gaming?