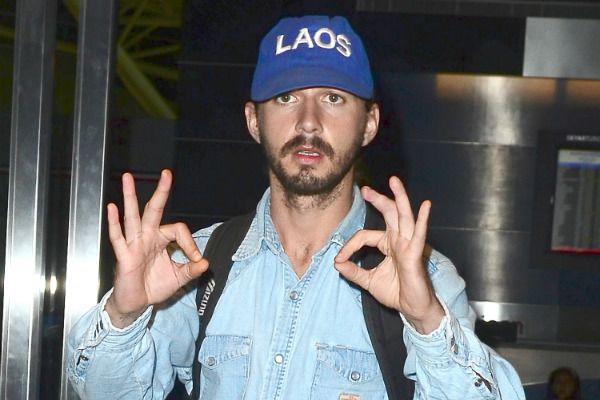 The last time we checked in with Shia LaBeouf, our dude was starring in a devastatingly sexy Sigur Rós music video. He wept, he punched butterflies, he danced (sadly), he painted boob faces (sadly), he flashed his penis (sadly). It was incredible — you couldn’t have scripted a better satire of a throwaway side project for a bankable movie star going rogue. (Go ahead, watch it again. Get all caught up and refreshed on the heartache ballet of Shia LaBeouf. We’ll wait.) And where this now comes back into play: THR is reporting that Shia is in talks for a part in Lars Von Trier’s Nymphomaniac. That’s right. Shia LaBeouf is making more sex art.

OK, let’s take a minute to appreciate this post-Transformers quarter-life crisis Shia is going through. He kicked it off by joyfully dismissing his plentiful commercial success, saying stuff like “You could have put Frankie Muniz into any of the movies I’ve been in and those movies still would’ve still [sic] been no. 1.” Then he signed up for some heavier stuff: bootlegger shoot-em-up Lawless, Robert Redford domestic-terrorism thriller The Company You Keep, love-and-violent-organized-crime flick The Necessary Death of Charlie Countryman. But those weren’t necessarily riskier choices. Who wouldn’t want to hang out with Robert Redford, or pop off some old-timey weaponry?

Doing a Von Trier movie, though — especially one with an NC-17 cut — means LaBeouf really is interested in getting weird. While Lars “I’m a Nazi” Von Trier isn’t the best at speaking in public, he is quite adept at making artsy displacement feel really epic and look very pretty. LTV just got done using Kirsten Dunst, of all former teen-movie queens, to heavily bum everyone out in Melancholia; you can imagine he’s got some serious plans for Shia. Meaning: LaBeouf isn’t futzing around with some pretentious music video sex art bullshit anymore — he’s in the big leagues now! Congrats, and well done, Shia. I say this genuinely: I’m excited about the context in which I will most likely next see your penis.