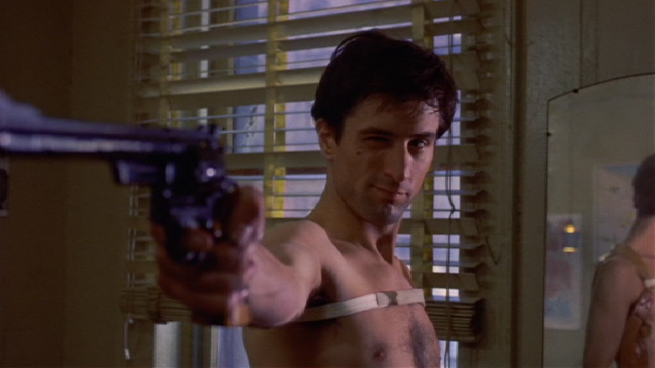 Earlier today, The Playlist reminded us of a strange, beguiling movie project whose chances of fruition seemed extremely unlikely — and confirmed that, yep, it never was going to happen. Let’s go ahead and wish it had anyway?

The movie tracked von Trier laying down the law, and Leth gamely struggling with all dictates: no shot longer than 12 frames (about a half-second); make it a cartoon; play the role yourself; shoot in Mumbai but never actually show the city; etc., etc. And it turned out that even if you knew nothing about von Trier, Leth, or the history of experimental filmmaking, it was a fascinating movie experience. Seeing Leth openly and honestly try to make sense of von Trier’s authoritarian arbitrariness was a pleasure.

Fast-forward to 2011: THR reports that von Trier has landed on a subject for a Five Obstructions sequel — and it’s Marty goddamn Scorsese. As they wrote then: “It’s unclear which of Scorsese’s films will form the basis of the … remake. Possibilities include remakes of Scorsese’s earlier shorts, such as The Big Shave (1968) or What’s a Girl Like You Doing in a Place Like This? (1963) or remakes of one of the many iconic scenes in Scorcese’s feature length films. Earlier this year there had been speculation, denied by von Trier, that he was interested in remaking Scorsese’s Taxi Driver, suggesting that iconic film could form the basis of this new project.”

All promising possibilities, of course, but the thought that Scorsese would muck about with a chunk of Taxi Driver seemed to have done the most imagination-sparking. There never was much movement on the project, and so it sort of lingered as a semi-rumor for a while, eventually being buried by both Scorsese and von Trier’s busy workloads (lewd romps for the former, schvantz montages for the latter).

Anyway, Paul Schrader — who wrote Taxi Driver, but will now forever be known, of course, for totally and completely salvaging Lindsay Lohan’s career — happened to have just been asked about it in an interview with The Independent, and he had this to say:

“It was a terrible idea,” Schrader declares with typical bluntness. “Marty and Lars were talking about it in Cannes and somebody in Lars’ camp stupidly talked about it, but in Marty’s mind, it never was something that should be done. We really have fought over the years to keep people’s hands off Taxi Driver, to keep it from being a video game and to keep it from having a sequel. It’s a one-off kind of film.”

Respectfully, Paul: It’s not a terrible idea. An actual Taxi Driver remake or sequel? A video game? Yes, yes, of course, terrible ideas. But Lars and Marty trotting off on some loopy half-cocked adventure/experiment with one of the best movies of all time? Ah, what could have been.

In thinly related news, here’s Andy Warhol eating a Whopper because Leth asked him to.

'The Bachelor' Week 7: How to Escape Chemistry Island With Most of Your Dignity Intact