‘The Bachelor’ Week 7: How to Escape Chemistry Island With Most of Your Dignity Intact 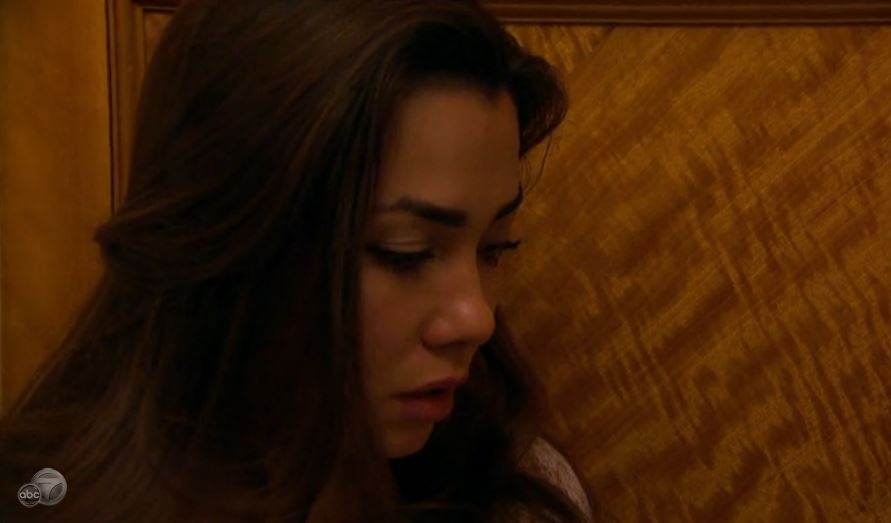 It is Week 7. You’ve given of yourself, over and over again.

You’ve experienced the giddy highs of the one-on-one dates, the depression-beckoning lows of the group dates, and the soul-erasing void of endless downtime with the other girls.

You have even attempted to make small talk with Chris Harrison, just to feel something — anything — again.

And then you realize: You have nothing left. You begin to entertain the possibility that ForeverLove will always remain a tantalizing point on the horizon, never to be reached, no matter how swift the go-fast-boat, how lush the cabin of the private jet, how wave-poundingly passionate the instantly regrettable ocean sex.

You begin to think the unthinkable: that it’s time to go home. That it’s time to take your rose and pluck it bare, intoning “I love him not” as each gossamer petal flutters sadly to the ground.

But before you do so, maybe we should talk about it.

Maybe we should try to learn something.

Maybe we should help you decide.

It’s a given that you and your Bachelor are physically compatible. He has been selected from the seemingly infinite pool of unlucky-in-love, Umbro-catalog-model-quality himbos who have appeared on some iteration of this most storied of televised dating franchises. The slab of he-beef your producers are serving up tableside has been pre-tenderized by the Bachelor machine for maximum plate appeal. You will have no complaints about that aspect of your experience. Especially not seven TV weeks into your journey.

The question, of course, then becomes this: Is there also just a premium cut of well-marbled steak between his ears?

Will you ever be able to form the cerebral connection you desperately crave in a ForeverPartner? Or will you merely find yourself trying to jam your mental USB cable into a pile of wet hamburger, to return to the meat metaphor that is illustrating this problem so evocatively?

Some contestants will never ask these questions. Some contestants have lesser needs in this regard; it might be that they themselves, as self-selected members of a group that thought a televised fight to the death over a man trying to speed-sex his way through 27 potential life partners is a great idea, are not the deepest of thinkers. By this point, all the mineral coordinators and music composers are long gone, and the Bachelor world is a cold and lonely place for the intellectually discerning opera singer, who may or may not have been tricked into participation by empty promises of ballet dates that end in onstage serenades at TED talks.

Maybe you will never “click” above the ears. And it’s because of what’s happening in the non-thinking parts of your body that you’ve allowed yourself to ignore the problem for so long.

So you’ve had the epiphany: He’s not smart enough for you. But just as you are about to summon the resolve to build the raft upon which you might finally escape the wreckage of your best self on Chemistry Island, he appears, with brimming puppy-dog eyes and rippling, sweat-slicked torso, to ask if you want to stop that super-boring whittling of makeshift pontoons for a minute and snuggle away your doubts.

But you must question that chemistry, no matter how transporting the besitos, how warm the embrace. What is that chemistry, really, besides a biological imperative to find a mate who will oh my god the shirt is off again maybe he’s secretly Stephen Hawking trapped in a David Beckham exoskeleton, you are never leaving this place.

Do you see how easy it is to fall back into those ultimately destructive thought patterns? You must question them, push them down, drown them out in the solo of a famous opera; Googling the name of one here feels like a lot of unnecessary work when the point is clear.

3. Have a Good-bye Quickie in the Ocean

NO! Do NOT have a good-bye quickie in the ocean! Look back on the debris-strewn beach of Chemistry Island from your position on the surf. Do you see that giant pile of vines and sticks? It is still not a raft. You have still not freed yourself from the all-consuming needs of the body.

4. Regroup the Next Day

The thing that may or may not have happened (it definitely happened) in the ocean was nice. You don’t regret it. Regrets are not going to solve any problems. If anything, they will trap you in the past and dull your ability to move forward.

So take a deep breath. Make sure you are not in close proximity to a body of water, where you might hear the siren squeals of the magical peeping-manatees begging you to return and put on another show for their sick, voyeuristic amusement, and surrender to further temptation.

You already know what needs to be done. Now go do it. The manatees can’t hurt you if you’re far away, taking care of the kind of messy business they have no interest in.

Approach him on his own turf; it will disarm him. It will show him that you’re not afraid to confront him in the luxury hotel suite where he temporarily lives.

Sit him down. Tell him it’s time to talk. Don’t let him interrupt — he will try to intercept your words with a probing tongue before they’re even out of your mouth, because he knows you’re powerless against the besitos. Everyone is.

Do not look directly into his eyes. Find a focal point somewhere in the center of his brow to avoid being hypnotized by his empty, loving, wounded gaze. (It is also wise to avoid the mouth area, as that is where both the probing tongue and the mesmerizing phalanx of blinding Chiclet teeth live.)

Fill your head with the soothing sounds of opera again, because you need to drown out the whispery baby-voice that will soon be telling you to think things over for a while and not make any impulsive decisions. He will modulate the baby-voice pitch into higher registers in an attempt to disguise it as alluring music of its own, but don’t be fooled.

And then tell him you are leaving.

Tell him there are better women out there for him, and that your continuing presence will only impede his ability to have guilt-free relations in the Fantasy Suite next week as he joylessly sorts through his remaining, lesser romantic options.

Tell him that you have made up your mind. You’ve going. Good-bye.

Head back to the beach. Assemble that raft. Ignore the manatees. And push away from Chemistry Island, breathing deeply of the hard-won freedom you’ve so bravely earned. No, you don’t know where you’ll eventually wind up, but at least you know it’s not standing next to Chris Harrison as he pricks your finger with the Final Rose and drinks a single drop of your blood, binding you to him for eternity in the event that you are not the one your Bachelor chooses to give a Neil Lane ForeverRing.

You are safe out there on that raft. Finally.

6. Consider a Possible Return Later in the Season

You have to go wherever the raft takes you, even if it’s back to the same shore. Rafts are really hard to steer.

“And if any of those films or his performances are in awards shows, he’s going to go, heart high and head up, and look them all in the eye and say, ‘Damn right this is a great time in my career.’" —McConaughey on McConaughey