Serial Killers, Magic Thieves, and Feelings: The Many Harried Cops of Mark Ruffalo 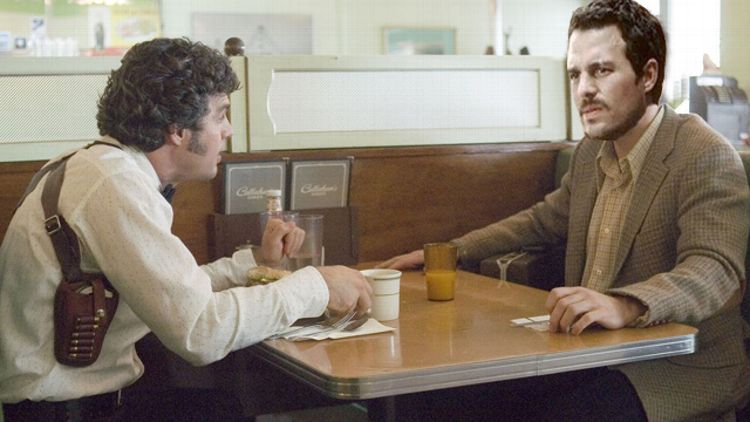 Taking a quick gander into the darker reaches of Mark Ruffalo’s back catalog, it turns out, is very much a worthwhile thing to do. See, before he broke out for good, as Laura Linney’s scruffy screw-up younger brother in 2000’s You Can Count on Me, Ruffalo did some serious bouncing around: One scene in Corbin Bernsen’s cavitysploitation thriller The Dentist, as a borderline slimy modeling scout. Supporting roles in the evocatively titled, completely forgotten indies The Destiny of Marty Fine and The Last Big Thing. A part in Mirror, Mirror 2: Raven Dance, as a character named Christian. A part in Mirror, Mirror III: The Voyeur, as a different character, named Joey. (Also: He claims to have diagnosed his own brain tumor, by dreaming about it.)

Then, since 2000, an increasingly varied and pedigreed résumé, peaking with his biggest role to date, as the Hulk in The Avengers (and its many sequels to come). But if there’s another through line to the Tale of Mark Ruffalo other than his gradual ascension to the leading ranks of American cinema, it’s this: The guy is always playing cops. Like, all the damn time.

But it’s never your regular cop archetypes, oh no. The Average Joe lunch-pail guy? The hotshot as handy with the steel as he is with the one-liner? Mark Ruffalo seeks not these things. His cops are always a bit more sensitive, a bit more honest, as often beset by problems internally as externally; you can see ’em sweat. While not the flashiest adjective when it comes to police work, it seems the most applicable word here would be “harried.” With Now You See Me, the populist-magic-bank-heist caper in theaters this week, our dude will be playing, according to our calculations, his sixth harried cop. Now, shall we take a walk down Mark Ruffalo’s memory lane?

In March 2000, a few months before You Can Count on Me made him an indie darling, Ruffalo actually had himself an early shot at name recognition. The show was called The Beat, and it was marketed as an atypical cop drama, from some big cop-drama guys: Tom Fontana and Barry Levinson, who’d done Homicide: Life on the Streets and Oz together. Explains IMDb commenter Azure_Girl: “Young uniform police officers Zane Marinelli [Ruffalo] and Mike Dorigan balance life on the force with their romantic relationships and personal struggles. Zane struggles with the fact that his father is in jail for his mother’s murder, and tries to deal with his unstable girlfriend Beatrice,” — hello, Heather Burns — “who burned down his apartment.” In many ways, then, the show was actually built around Mark Ruffalo’s ability to play a harried cop. An astounding level of foreshadowing here.

Additional Reasons for Harriedness: This show was on UPN.
Strange Hair Choices: None yet. That wouldn’t last long.

Now widely remembered as “that movie where Meg Ryan gets naked,” Jane Campion’s In the Cut caught a critical beating when it dropped. A woozily shot, strangely indolent, actually-kind-of-interesting thriller, it’s got Meg as a lonely teacher wrapped up in the investigation of a string of grisly murders, and Ruffalo as the homicide detective/suspect. He smokes, complains about coffee, says stuff like, “You stare back, that’s how you flirt with black girls.” His seduction techniques include slamming his police cruiser in reverse while blasting the sirens and making Meg Ryan demonstrate to him exactly how it was she came to be mugged. But he turns out to be more or less a tender sort, harried by his ex-wife, his kids in Florida, his inability to crack the case, and, increasingly, his feelings for Meg Ryan. Also, he shows his butt and his penis.

This Michael Mann joint was more of a two-hander for Tom Cruise, as the cold-blooded assassin, and Jamie Foxx, as the enfeebled cabbie caught in his web. But Ruffalo’s, ah, uniquely attired — first he ice the neck, then he ice the wrist, then he also ice the ear — LAPD Detective Ray Fanning has his moments. Nobody, least of all his partner, Peter Berg, believes him, but Fanning knows he’s on to something: Someone’s murdering people in L.A. tonight, and he’ll use the word “shazam” in casual conversation to prove it. Of course, it’s tough fighting ignorance; in fact, you could say it’s even harrying. Ultimately SPOILER ALERT (FOR A NINE-YEAR-OLD MOVIE), he meets an ignominious end, a fate lamented by YouTube’r Sumumabitch78, in the Fanning fan vid below: “OK.what the fuck just happened?! What a bitter n’ sad end 4 a Baddass Narc… R.I.P. Det.Ray Fanning.”

Additional Reasons for Harriedness: Maybe just being in the vicinity of Tom Cruise? That must be exhausting.

In David Fincher’s gloomy-as-hell slow-burn serial-killer chase, Ruffalo, as San Francisco cop Dave Toschi, gets it on all ends: If it’s not Robert Downey Jr.’s newspaper man Paul Avery getting in the way of his investigation, it’s Jake Gyllenhaal’s obsessive cartoonist Robert Graysmith pestering him to help on the hunt. Plus, his wardrobe seems to have single-handedly been tasked with reminding the audience — via all manner of funny-print pants, plaid jackets, and wide ties — that this is the ’70s.

Additional Reasons for Harriedness: Even from inside the film, Toschi must have sensed this was dragging on a bit long.

Before things get real screwy in the third act, Ruffalo — as fresh-faced U.S. Marshall Chuck Aule — has to pull off a whole lot of exposition. While his man Leo DiCaprio gets nuttier and nuttier, Chuck rattles off such memorable lines as “She left her shoes?” and “You let her primary doctor leave on vacation?” and “Yer a German?” He also has to listen stoically to other people’s admissions of war atrocities. But most harrying of all? Keeping a straight face through Leo’s go-for-broke “We aaahhh doooly appointed federal maaahshalls” Boston accent.

Additional Reasons for Harriedness: It sure does rain a lot on Shutter Island.

The trailer alone is a showcase for Ruffalo’s harried-cop fireworks — I mean, who has to chase down an international crew of rebel magicians liberating money from banks, with only the help of professional debunker Morgan Freeman and Shosanna from Inglourious Basterds? Not making things any easier: Mark Zuckerberg callously cuffing Ruffalo to his own interrogation desk. Also, I want the line “I don’t think I heard you correctly — did you say, magicians robbed a bank?” on a poster yesterday.

Additional Reasons for Harriedness: This is his sixth time! He must have been at least a little concerned about having enough “harried cop” juice to do it again.

Notable Hair Choices: Again, nothing! A real missed opportunity to see if Mark Ruffalo could pull off a Fu Manchu.

Filed Under: Mark Ruffalo, Now You See Me

Orphan Black, the Pre-Recap-Era Throwback Sci-Fi Show You Should Catch Up With