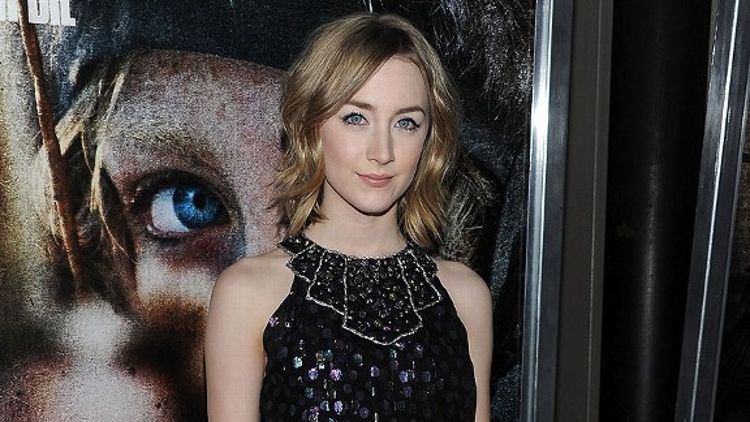 Saoirse Ronan (Hanna, Atonement) will star in the adaptation of Meg Rosoff ’s 2006’s young adult book How I Live Now, which will be directed by Kevin McDonald (Last King of Scotland). In the book, a young American girl named Daisy is sent to live with extended family on a farm in England; then, when her aunt is stuck in Norway and England is invaded by an unnamed force, Daisy and her cousins are left to fend for themselves. According to the Hollywood Reporter, “The part of Daisy was highly-coveted amongst the teen-thespian set.” Which means: As we speak, Justin Bieber is somewhere attempting to comfort an inconsolable Selena Gomez. Grade: B+ [HR]

On March 3rd, George Clooney will star in the one-night-only Los Angeles production of 8, Dustin Lance Black’s play depicting the trial that overturned California’s Proposition 8, which banned gay marriage. Says Clooney, “It is astonishing that gay and lesbian Americans are still treated as second-class citizens. I am confident that, very soon, the laws of this nation will reflect the basic truth that gay and lesbian people — like all human beings — are born equal in dignity and rights.” Nicely done, George: This more than makes up for Leatherheads. Grade: A [HR]

Chris Meloni has booked his first T.V. gig since bouncing out on Law & Order: SVU, as a recurring character on the fifth season of True Blood. According to show creator Alan Ball , Meloni plays “an ancient, powerful vampire who holds the fate of Bill and Eric in his hands.” To get into the mindset of his ancient character, Meloni has been spending a lot of time at Old Country Buffet. Grade: B [Deadline]

Nick Swardson and TJ Miller will star in Hell and Back, a stop-motion comedy about two best pals who have to rescue their friend after he is accidentally dragged to hell. It’s not clear exactly what kind of animation we’re dealing with, but the project is being produced by ShadowMachine, of Robot Chicken fame, so that might be a clue. In related news: if you’re ever applying for a job as a stop motion animator/action-figure-manipulator, on your resume under experience, you can just put down ‘childhood.’ Grade: B+ [Deadline]

The League has been picked up for a fourth season on FX, with its ratings now at an all-time series high. A bittersweet moment for League fanatics: yes, their beloved program is safe for another year, but they can no longer be as snobbish about how their favorite show “is, like, this hilarious comedy that nobody really knows about.” Grade: A [Deadline]

Kaya Scodelario (Effy from Skins!) is replacing The Girl With The Dragon Tattoo’s Rooney Mara in Emanuel and the Truth About Fishes. In the indie, Scodelario plays Emanuel, “a troubled 17-year-old girl who babysits her new neighbor’s ‘baby,’ which is actually a very life-like doll. She goes along with the delusion while befriending the neighbor, who happens to be the spitting image of Emanuel’s late mother.” No reason is given as to why Mara dropped out, but it’s probably because she thinks she’s all famous now and all better than us and soooo cooool. Grade: B [Showblitz]