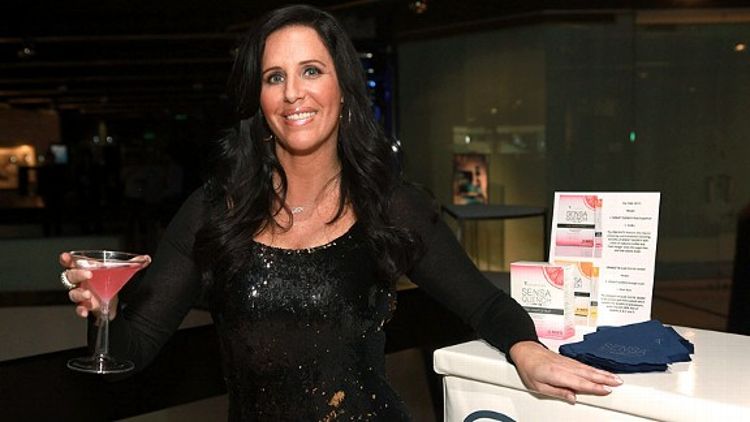 For a while, almost every dating show on TV could trace its lineage back to that time Flavor Flav and Brigitte Nielsen were boning. Chuck D’s hypeman and Sly Stallone’s ex-jumpoff first hooked up on The Surreal Life, then got their own car-crash spinoff, Strange Love. When they broke up, VH1 kept milking the surprisingly potent Flav train with The Bachelor knockoff Flavor of Love. It was a hit, and the bonanza began. The simulacrums came for such luminaries as Tila Tequila, with A Shot at Love, and Bret Michaels, with Rock of Love. More bizarre were the spinoffs. Flavor of Love birthed I Love New York, in which bachelors sought the heart of a popular Flavor of Love contestant, Tiffany “New York” Pollard. I Love New York then birthed its own spinoffs featuring popular contestants, Frank the Entertainer in a Basement Affair and Real Chance of Love (starring, yep, Real and Chance). Just to be clear what we’re talking about here: These were dating shows that starred people famous for being on a dating show that itself starred people famous for being on a dating show that starred a famous person.

And while Brigitte and Flav might have, at some point — maybe, even, just for a few glorious minutes? — had something real, by the time the mutations trickled down to Frank’s basement, the emotional quotient was on par with your average Latvian mail-order bride set-up. A new crop of VH1 dating shows, though, marks an evolution for the genre. On Tough Love (now in its third season) and Why Am I Still Single?! (which premiered this year), lapsed celebrities and reality TV stars are swapped out for real people. More importantly: unlike the eligible handsome bachelors and bachelorettes on, uh, The Bachelor and The Bachelorette, these everyday folks, their shows tell us, are damaged and deluded and in desperate need of help from a professional matchmaker. Basically: these shows are at least pretending to be about real people in need seeking love.

Why did VH1 drop the Flavor of Love model? Ratings kept slipping, but it’s hard to imagine that the murder of Jasmine Fiore didn’t play a huge part. In case this slipped past your radar, here’s the (pretty horrific) gist: In the summer of 2009, Ryan Jenkins, a contestant on Rock Of Love spinoff Megan Wants a Millionaire, murdered his wife, Fiore -– her body was found in a discarded suitcase in Los Angeles — before fleeing to Canada, where he committed suicide in a motel. VH1 quickly cancelled Megan Wants a Millionaire, which was then mid-season, as well as I Love Money 3 (the Real World/Road Rules challenge of the VH1 dating show universe), which also starred Jenkins.

At that point, Bravo had already launched its own dating show, Millionaire Matchmaker, featuring a carousel of clueless, rich jerks and a plentiful bounty of chicks in boob-y cocktail dresses. The set-up deviated from the Flavor of Love family tree: here, every episode brought in two brand new millionaire bachelors, who’d then be set up on dates. Throughout the process, their issues –- the standard fear-of-commitment, inability to communicate, etc. — would be analyzed in hopes of turning them into more attractive mates and, just maybe, better people.

Its star is the “third-generation matchmaker” Patti Stanger, who is just the fucking worst. (And this is an opinion I formulated long before Stanger got in some trouble a few months back for saying that “Jewish men lie,” that “There is no curbing the gay man,” and that woman have “got to dumb it down.”) In the guise of doling out her terrible advice, she berates, she screeches, she bullies — and everyone loves it! Millionaire Matchmaker, a hit for Bravo, is now in its fifth season. (By the way, this girl I went to high school with was Stanger’s assistant on the show, which I think makes her the most successful person I went to high school with? Brookline High Class of 2002, stand up!).

The love-seekers on Matchmaker still aren’t real people: they’re millionaires, and therefore are better than real people. (Is this thing being legally vetted? If I find out that one dude on this show has one dollar less than one million dollars in the bank, I will lose faith in television forever). Next up was VH1’s Tough Love, continuing the progression toward something approximating actual human interaction.

Here, the Millionaire Matchmaker model of making the love-finder the star, rather than the love-seeker, was repeated. Tough Love is hosted by Steven Ward, a clean-shaven former-frat bro in his early thirties who, like Patti, claims massive success in real world matchmaking. The format is different: Ward puts together a house full of women, each with their own very special set of hang-ups, then puts them through relationship “boot camp,” where trials range from polygraphs to light-Ludovico technique. Then everyone get crazy-dressed-up and sit together in ‘group’ to hash out how they screwed up, to catch the brunt of Steve’s fiery matchmaking passion, and to cry.

The explicit angle is the ‘no holds barred’ advice Ward doles out. But the Tough Love trademark are participants that effortlessly fulfill a whole litany negative gender stereotypes — paranoia, the thinnest of skins, a propensity for uncontrollable crying jags. On the other hand, Tough Love comes closest of any of the dating shows to actually providing a practical service: just by making the women stick around for a prolonged period of time, Ward does go a way to breaking down their issues. He does so while ruthlessly exploiting and setting-off those issues –- but, hey, come on. It’s VH1!

On Why Am I Still Single?!, the latest addition to the subgenre, the Millionaire Matchmaker format is dutifully replicated, only with norms subbed in. Its star is the matchmaker Siggy Flicker, who is “44 years old and proud of it!” although she has that fastidiously kempt rich person look where she could pass either for 32 or immortal. Like Stanger, she has wacky assistants; the best one’s a “love picker” named Chynna Soul who makes, like, spiritual prayer motions with her hands while other people are talking. Flicker’s improvement sessions come before each client’s dates, with activities that range from your everyday manners lessons to ritualistic public shaming (one client had to smash a symbolic roast chicken with a hammer). Meanwhile, Flicker repeats her crappy pearls of dating wisdom –- YOU are phony baloney! YOU have unrealistic expectations! — a Geneva Convention-threatening number of times.

So that’s how we got here, to the aspirational/Oprah stage of the dating show subgenre. Now, TV isn’t supposed to leave you to fend for your own in a cruel world; it’s supposed to facilitate the love process, fixing you along the way. These shows are still total bullshit but, relatively, less total bullshit than before. (Not that you need proof but, according to the saddest MySpace post of all time, Tila Tequila “never called” Shot of Love winner Bobby Banhart “after the last show and no one would give me her number so pretty much I feel like and ass but we are not 2gather.”) One Tough Love boot camper, Brigette, explains “I feel like I’m running out of time when it comes to having kids … after I watched season one [of Tough Love], I literally cried almost every single day saying, ‘that should have been me.’” A young metal dude on Single?! was so endearingly sincere I almost got pissed they let him sign the waiver form. And every once in a while, someone says something like “I’m lonely, I just wanna meet somebody” and you can almost convince yourself they really believe going on a television show was the best way to do that. I wish them all the best.