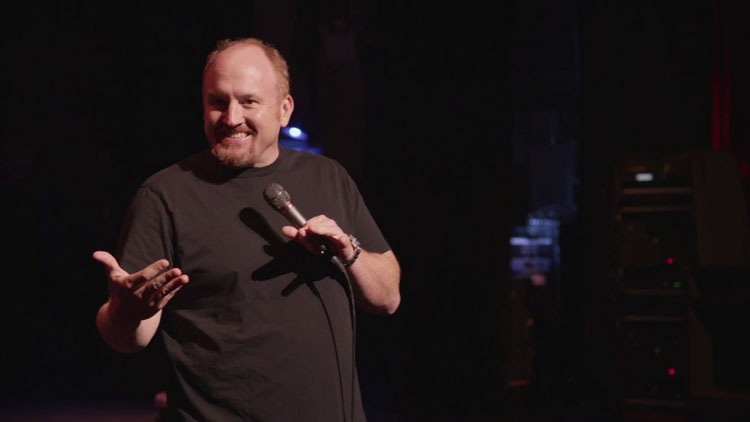 The best thing on the Internet this Saturday was Louis CK’s $5-per-download middleman-eliminating standup special Live at the Beacon, the “In Rainbows” of standup specials featuring jokes about babies with big dicks. The best thing on the Internet today is CK’s equally un-middlemanned Reddit Q&A, in which he discusses retaining creative control by making his TV show for a too-low-to-quote price (“the budget for the first season was cough dollars and the second season was sneeze”), the possibility that he’ll self-finance a movie if his next crazy DIY experiment “tears an asshole into the money monster who then shits dollars into my mouth (oh my god what’s wrong with me)”, and whether or not his Afghanistan episode “Duckling” was actually filmed on location in the Graveyard of Empires (“it [was] filmed in Santa Clarita California which is not technically in afghanistan.”) It’s all amazing and inspiring, because Louis CK is a monster who poops “amazing and inspiring” into the mouth of the culture every goddamn day. But we particularly enjoyed this exchange from early in the chat, in which some authentically touching how-to-be-a-dad advice is couched within an anecdote about comedy groupies.

I worked as a PA at a show of yours in Toronto. You were doing two shows that night and during the break a girl came to the stage door and when you came out she said (in front of half a dozen other fans, and myself who was holding the door for you) that she lived nearby and wanted to have sex with you before the next show started. You laughed and said thank you, and when you came back inside you told me this never happens.

That was a few years ago. Does it happen a lot now?

haha. i remember that. are you female? Because the funny thing is I remember there was a young working woman standing there with a walkie on her hip as this kind of desperate (not uncute) young girls is openly offering to fuck me. I remember the juxtoposition. When you’re a dad, you see every grown female, especially young ones, as possible models for your daughter’s future. I remember thinking that I would never let this working woman down by fucking this chick between shows. Plus I don’t do that. anyway maybe it wasn’t you. are you sure you’re not the woman who offered to blow me? How has it changed? I don’t really hang around after shows. I bolt. I think the idea of fucking someone who just watched you perform is… it’s just not me. I mean, keep trying ladies. You never know! Maybe next time there won’t be a well adjusted and bright young woman acting as my conscience and ruining what may have been a terrificly depressing blowjob!