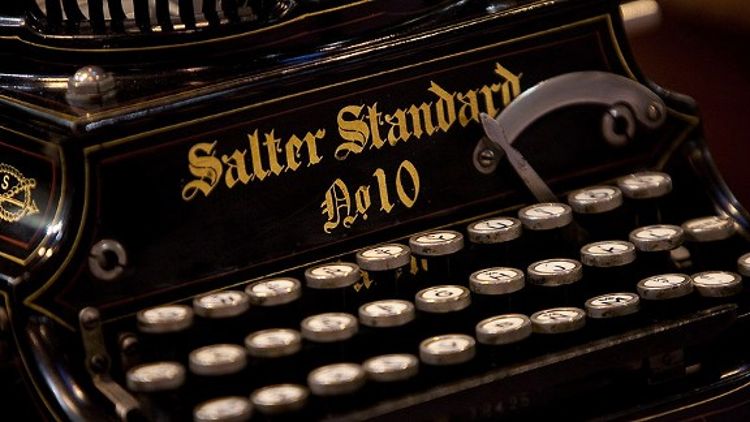 Yesterday, the 2011 Black List — the annual collection of the best unproduced Hollywood screenplays, as voted on by over 300 film execs — dropped. And the winner, with a whopping 133 votes, is: Graham Moore’s The Imitation Game … which is already being made into a movie. A biopic of brilliant and persecuted World War II cryptographer Alan Turing, it was picked up Warner Bros. in October as a possible starring vehicle for Leonardo DiCaprio. In fact, a lot of these titles are already in some stage of production, including Arash Amel’s Grace of Monaco, Lauryn Kahn’s He’s Fucking Perfect, and Quentin Tarantino’s Django Unchained (to make the list, the scripts just can’t be hitting theaters in 2011). And what about the rest of the batch? Are these unproduced gems just too out-there, too — forward thinking, for Hollywood? Are they oddball genre mashups? Radical visual experiments? A bold new future in mainstream American storytelling?

For the most part, the movies that executives like that aren’t getting made (right now) look a lot like the movies that executives like that are getting made. Generally, we have biopics and historically-inspired projects, including flicks about Apollo 11, the race between Thomas Edison and George Westinghouse, JFK conspiracy theories, and a Colin Powell biopic. We get some racy hard-R comedies: the aforementioned He’s Fucking Perfect, about a “social media savvy girl who … finds the perfect guy and decides to use her internet research skills to turn herself into his perfect match” (internet research skills!), but also Two Night Stand, in which two post-hookup strangers wake up to find themselves snowed in after sleeping through a blizzard that put all of Manhattan “on ice” and Sex Tape, about a married couple who lose, and must chase down, the titular object.

But, possibly more than anything, we have the apocalypse, often in the form of zombies. That includes, but is not limited to: Subject Zero, in which a “desperate experiment of a loving father leads to the creation of a flesh-eating zombie epidemic,” Maggie, featuring “a farm family help[ing] their eldest daughter come to terms with her infection as she slowly becomes a flesh-eating zombie,” and — ready for this one? — Bethlehem, where “a group of people struggling to survive a zombie apocalypse make an alliance with a vampire, trading themselves as food in exchange for protection since zombies don’t eat vampire.”

Amidst all that sameness, extra double special credit goes to whatever the hell is going on with Evan Suser and Van Robichaux’s Chewie, described as “a satirical behind the scenes look at the making of Star Wars through the eyes of Peter Mayhew who played Chewbacca.” (Makes you flashback to 2008, when wacky-sounding The Beaver — “A depressed man finds hope in a beaver puppet that he wears on his hand” — topped the list, long before it became a sad post-voicemail Mel Gibson movie that no one saw). Are you disheartened by the lack of innovation on the list, aspiring Hollywood screenwriters? Don’t be! Just think of it as a handy guide to writing the kind of specs people actually want to
read. The first person to turn in a script in which Woodrow Wilson has a series of hilarious sexual mishaps during a zombie invasion gets a greenlight by Thursday.