RZA’s Totally Reasonable Stipulations for a Proper Wu-Tang Comeback Album: Everybody Do What I Say 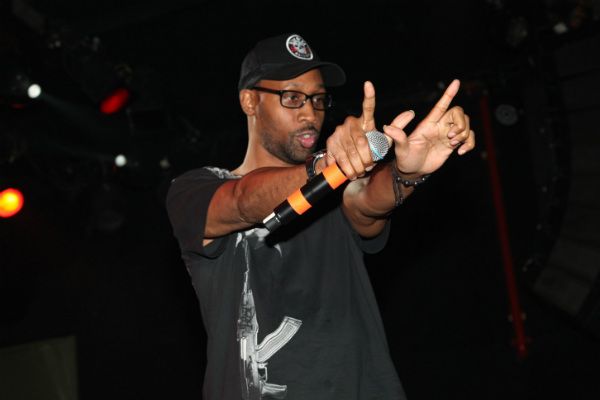 While profiling RZA ahead of his directorial debut The Man With the Iron Fists, the New York Times asked the dude to speak on the perpetual swirl of Wu-Tang reunion chatter. And instead of handing back a canned, generic answer about how everyone really wants to do it but everyone’s really busy, Bobby Digital got nice and blunt and honest. Basically: With the first few Wu-Tang classics (and that includes the first few rounds of Wu-Tang solo albums), everyone listened to me. If we want to make more classics, everyone has to listen to me again.

Or, in RZA’s more eloquent words:

Wu-Tang, it started from a focused mind. I was given total autonomy to do whatever I want with them. If you listen to “Protect Ya Neck,” and U-God has four lines, not because he only wrote four lines — because I was able to take out everything else and just keep those four lines without him saying, “Yo, why I only got four lines?” They agreed, to me, to be a dictator for five years. And in those five years, it’s considered some of our best work. The work continued on, with “Wu-Tang Forever,” but that was the first democratic album. And then after that, it kept getting more and more — “Well, it’s your album, what do you want to do? You want to hire P. Diddy? Whatever you want to do, help yourself. It’s your [thing].” When before it was like, “No, no — it’s what I say.” Doing this film, I was given the same position again. And I see what happens when a person like me is driving that ship. I think we can do it again. I’ve been talking to some of the guys, I was like, “Yo, look, I would suggest that you put down everything you know, and trust me one more time.”

Oh, it’s got to be hard. [laughs] It’s like, “What makes you think you’re the genius?” Before, they believed in me like that, they trusted me like that. Now, they’ve had a chance to do their own thing, and some things they liked better. Whether it was successful or not, they may like it better. But I would say, if we get one more shot of me being completely trusted as the driver of the ship, I think we could give the world one more record, maybe.

Specifically, RZA’s thinking about a new album to commemorate the 20th anniversary of their debut, Enter the Wu-Tang (36 Chambers), and that makes a lot of sense. There have been enough scattershot Wu tours over the years to where an announcement of one more won’t necessarily get anyone’s heart racing. But there hasn’t been a Wu album since 2007’s 8 Diagrams, and it’d be a mistake to leave the legacy off there. Not because the album was a disappointment: I, and also loads of critics, happen to think very highly of that thing. But its release was clouded around all kind of intra-band tension. At one point, Raekwon was even talking about splitting off into factions, with RZA on one side and the rest of the Clan on the other. 8 Diagrams was RZA trying to push his vision on a highly reluctant group of individuals, and the potential of that project was cut down because of all that friction.

A couple of years after 8 Diagrams, Raekwon and RZA patched everything up and reteamed on Only Built 4 Cuban Linx II. It was the straight revanchist album Rae had wanted to make the whole time, and it restarted his career. And that’s just one example of how, as RZA points out, these days, the crew believes it knows what’s best for itself. Or, as Rae has put it: “We love The RZA. The RZA is the one that found us in the street. But we don’t always gotta be in love with The RZA, you know what I’m saying?”

So, yes, the Wu-Tang Clan getting back together under the total control of RZA, just like it was in the early days, is almost impossible to imagine. Almost. Because maybe the Clan can put aside their egos, and realize that a 20th-anniversary album — pre-sold with a PR spin about Wu-Tang returning to the approach that birthed so many classics — could be a very big deal. So, yes: RZA for dictator!

Filed Under: RZA, The Man With The Iron Fists, Wu-Tang Clan