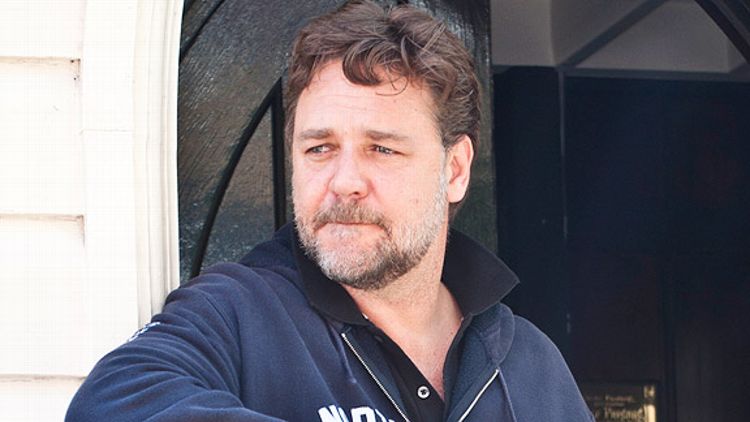 Russell Crowe has officially joined the Les Misérables movie, playing Javert opposite Hugh Jackman, who’s starring as Jean Valjean. The King’s Speech‘s Tom Hooper is directing and William Nicholson wrote the screenplay. Safe to say this is the best thing that’s happened to him this year, after that time he hung out with Kanye and Jay-Z in Australia, of course. Grade: A- [Deadline]

HBO has given Aaron Sorkin’s cable-news drama — currently untitled, though formerly known as More As the Story Develops — a series pickup. Jeff Daniels stars as the possibly Keith Olbermann-y anchor; Emily Mortimer, Alison Pill, Olivia Munn, Dev Patel, and Sam Waterston are somehow all in this as well. Following Sports Night and Studio 60 on the Sunset Strip, this will be Sorkin’s third TV show about a TV show. Why don’t Sorkin and TV shows about TV shows get a freakin’ room already? Grade: A [HR]

Jena Malone has joined the History Channel’s ambitious Hatfields and McCoys mini-series starring Kevin Costner and Bill Paxton as the heads of the famously warring families. She’ll be playing Nancy McCoy, whose role in the feud involved fake-marrying a Hatfield in order to manipulate him for information. Grade: B [HR]

Odd Future has landed a fifteen-minutes-an-episode live-action Adult Swim show called Loiter Squad, to feature sketches, pranks, man-on-the-street segments, and music, produced by Dickhouse Entertainment (a.k.a. Johnny Knoxville, Jeff Tremaine, and Spike Jonze), who did Jackass and a bunch of other Jackass-y type shows. If you haven’t had any coffee yet, and you’re reading too fast, you maybe now think that Aaron Sorkin is writing an Odd Future show, which, well, now we’re jealous. Grade: B+ [HR]

Ron Howard is tentatively attached to direct 364 for Universal, a drama about a world where everyone has superpowers for one day a year. The script comes from former Us Weekly editor David Guggenheim, so prepare yourself for a subplot about Rob Kardashian’s new bicycle or whatever. Grade: B [Deadline]

While he’s still waiting to finalize his Anger Management TV show, Charlie Sheen has landed another gig. He’ll be playing the title character in the indie A Glimpse Inside the Mind of Charlie Swan III, about a successful graphic designer who has a — real-life symmetry alert! — downward spiral. Warlocks Roman Coppola and Jason Schwartzman will be directing and co-starring, respectively. Grade: B+ [Variety]