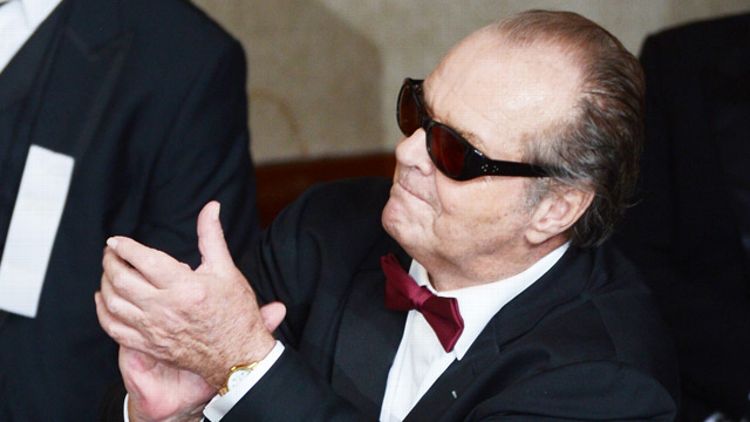 Chances are good you haven’t actually noticed that Jack Nicholson hasn’t been in a movie in three years. (His last appearance was a supporting role in James L. Brooks’s non-starter, weirdly un-punctuated How Do You Know. Before that: 2007’s The Bucket List. Before that: 2006’s The Departed. A weirdly apt career-defining run, that.) The Lakers’ courtside action alone is enough to keep him in our hearts and minds; sprinkle in the Oscars and whatever other nationally televised events he decides to make a sunglasses-at-night appearance at, and Jack’s lock on the boozy, charming, lady-slayer uncle we all wish we had is ensured. Now hear this: Radar Online is reporting that Nicholson is actually already retired. Are you feeling feelings?

Says Radar: “The 76-year-old icon has no plans to appear in films again … ‘Jack has — without fanfare — retired,’ a well-placed Hollywood film insider confirmed … ‘There is a simple reason behind his decision — it’s memory loss. Quite frankly, at 76, Jack has memory issues and can no longer remember the lines being asked of him.'” More of note: Apparently Alexander Payne wanted to reteam with Nicholson, who turned in an utterly devastating performance in Payne’s About Schmidt, for the upcoming Nebraska. A story about a man and his son attempting to connect as they travel from Montana to Nebraska to collect the father’s lottery winnings, it’s got definite echoes of Schmidt, and so really does sound perfect for Jack. But Nicholson turned down the role, and Bruce Dern got a huge latter-day career break.

Again, Nicholson’s not planning on going recluse on us: “‘He’s not retiring from public life, at all. He just doesn’t want a tribute,’ added the insider. ‘He’s happy to tacitly join the retirees club like Sean Connery.'” We won’t be missing his adorable devil-like face. But if this is true, it means we don’t get to see him act, which is a serious drag. (Nebraska still sounds great and all, and I’m sure Mr. Dern’s got a corker of a performance to lay on us. But with Jack in that role? [Birdman hand rub.]) So: Let’s hope it’s not true?

UPDATE: It looks like the rumors are not true, according to Maria Shriver:

NBC’s Maria Shriver has confirmed to E! News that reports of Nicholson retiring from acting due to memory loss or dementia are 100 percent false, adding that the Chinatown star is not suffering from any memory-related illness or dementia and has no current plans to retire.