The Legacy of Robin Williams: The Movies 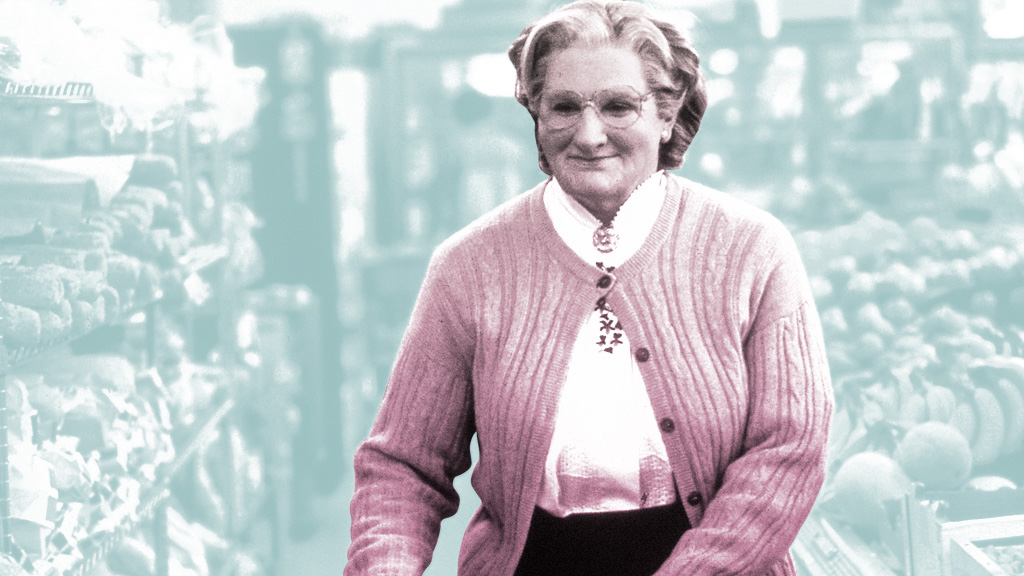 Officially, Robin Williams was from suburban Detroit. But at the movies, he wasn’t from anywhere, not for long. He was “at,” he was “in.” He was wherever he was in a given moment. He was often arriving, searching, and misunderstood, in possession of some secret truth that was boat-rocking but made perfect sense to him. Did he belong where he was or didn’t he? Was he too special, too smart, too feeling for the world? On TV, he was an alien and the white guy on a black comedian’s variety show. On film, he was the stand-up who stood out — not ugly, not handsome, but alive, and the aliveness drew you to him. It made him desirable. He wasn’t like the other “on fire” comedians from that time. He seemed to burn for something.

When he kisses Maria Conchita Alonso in Paul Mazursky’s Moscow on the Hudson (1984), he really goes for it. They have sex, and Mazursky shoots the scene so that the length of Williams’s body (he wasn’t that long) goes from one end of the frame to the other. The light catches most of the hair and makes it glow. Almost no one has body hair in American movies now. Maybe this is why. But Mazursky didn’t care. Williams was playing Vladimir Ivanoff, a saxophonist in a Russian circus troupe who defects to the United States — well, to New York City. The movie doesn’t work if he’s bald. 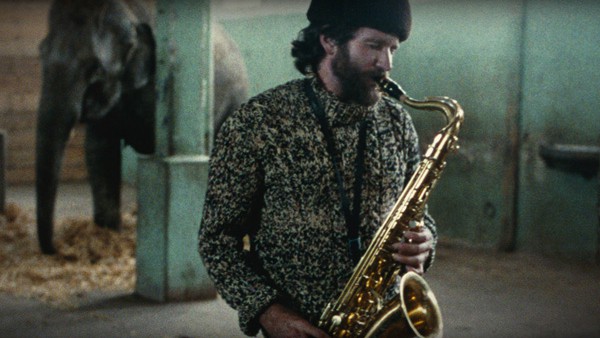 Mazursky made the most of Williams’s Slavic features. Vladimir is from somewhere in Moscow on the Hudson, but he’s determined to reside somewhere else. Williams got to the movies right at the very end of an era in which an actor could be a star who also looked like he could be your mechanic or your taxi driver, in which guys weren’t limited to character parts or villain roles because of their ethnicity. Charles Bronson probably wouldn’t even have a career in 2014. Neither would the Sylvester Stallone of 1976.

Williams also got to the movies at a moment in which the great comedy acts — Bette Midler, Steve Martin, and Richard Pryor — were committed to surprise. Not all the movies were great (most of them weren’t), but they were interesting; dramas or serious comedies that wouldn’t happen today. If we’re talking about Richard Pryor as a friend for hire in The Toy, those movies probably shouldn’t happen. But it’s hard to imagine Kevin Hart going from a live stand-up concert like Laugh at My Pain to The World According to Garp. For one thing, Williams could be emotionally small in a way that Hart is only physically diminutive. It’s tough to remember now, after Aladdin and the bring-down-the-house Oscar bits and stand-up specials and the coked-up energy of Mork & Mindy, but Williams’s movie career began with him playing relatively quiet men.

His early, gathering power as a movie actor drew an audience toward him. Of all the comedians who acted in the 1980s, it was Williams who knew how to perform naturally for a camera. He was trained at Juilliard. He could hold a close-up. He could share a scene with another, better actor and not feel compelled to win it. It’s probably important that in the middle of his run as Mork, he was cast as the spinach-eating sailor in Robert Altman’s Popeye, a perverse live-action musical that’s still the only true example we have of what happens when a major director’s distinct voice meets that of comic strip or comic book: a grotesque daydream with Harry Nilsson dirges.

Williams’s Popeye doesn’t pop. He recedes, not to the point of invisibility (those prosthetic forearms and calves aren’t going anywhere). But he blends into the ensemble, becoming another voice in Altman’s out-of-tune, off-kilter seaport surrealism, winking at the audience while clenching a corncob pipe and throwing away every single, seemingly improvised line. When Olive Oyl (Shelley Duvall, as radiantly shabby as ever) objects to Popeye’s naming the baby they’ve just discovered Swee’pea, Williams mumbles to himself, “Well, what do you want me to call him? Baby Oyl?” He wasn’t playing the cartoonishness of his seaman (the engorged body parts, the pipe, the squinting). He was playing the salt, the profanity.

Could this really be the same guy from the television and the comedy albums? The one who seemed like an overcaffeinated improv-machine? He had a good run of dramas and serious comedies in the 1980s, going nose-to-nose with Walter Matthau in The Survivors (1983) and then doing Saul Bellow (Seize the Day), one of those Harold Ramis antiestablishment farces (Club Paradise), and sentimental sports comedy with Kurt Russell (The Best of Times) in 1986. Good Morning, Vietnam the next year made him a movie star, and it made sense. It was the first of his movies to let his stand-up act in on the action. That’s what audiences wanted from Williams all along. It came with a dose of his own antiestablishmentarianism, which he carried through to Dead Poets Society, which made him an icon to a couple generations of kids. Those films were bogus middlebrow message movies, but they meant something to audiences. And in them Williams came alive in a new, spontaneous way. You’d follow him. His persecution in Dead Poets made him an icon. 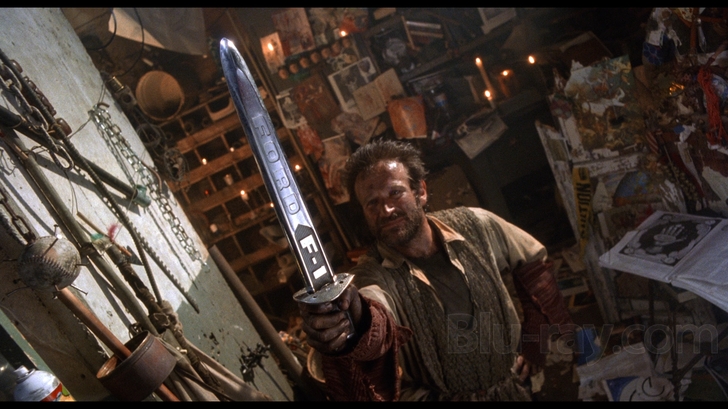 At the start of the 1990s, he was totally subdued in Awakenings and stressed out and oily in the too busy but entertainingly messy Cadillac Man. His neurologist in Awakenings and his homeless quester in Terry Gilliam’s The Fisher King were two of his finest outings as an actor: controlled in one and emotionally chaotic in the other, but privately tragic in their respective senses. He gave us two men pushing back against normalcy, but the mania of The Fisher King is a more obvious astonishment. It is Acting. But Williams breaks down and arrives at a grim, heartbreaking place most actors never successfully get to. He lost the Oscar that year to Anthony Hopkins as Hannibal Lecter. You watch those two performances now, and you get the sense that voters believed Williams didn’t have to go very far to get to a place of emotional collapse, of insanity — that maybe that’s where he lived all along.

Maybe it was too close to the abyss for him, too, because after The Fisher King, he did very little that was as complex or challenging, not until the shrink he played in Good Will Hunting, which was really a lesser conflation of his Awakenings doctor and his character from The Fisher King. In the 1990s, he made a lot of family comedies, some of which he was bad in. But he was beloved, and at the height of his popularity he seemed, in one sense, reluctant to risk it the way Tom Hanks did. Hanks made Philadelphia. Williams The Birdcage. Of course, Williams’s mincing, half-closeted movement instructor was the sort of unrepentantly flamboyant movie-star acting that the world wanted from him. And unlike Hanks in Philadelphia, Williams’s dancing queen got to live.

Williams seemed to like being liked, especially by children. More than once, he was a child or childlike, best early on in The World According to Garp. Then in Hook for Steven Spielberg, Toys for Barry Levinson, Jack for Francis Ford Coppola, and Bicentennial Man for Chris Columbus. Over and over, he was a dad — failed, thwarted, in need of redemption, daddish — in Mrs. Doubtfire, Jumanji, and Good Will Hunting. He even made a stink bomb with his friend Billy Crystal called Fathers’ Day. He starred in a remake of The Absent-Minded Professor. By the time of Patch Adams, What Dreams May Come, and the concentration camp bomb Jakob the Liar (1999), Williams had moved into a schmaltzy, almost self-satirizing love-me mode that took him down a road of villainy and misanthropy in the last 15 years to a land of grouches and psychos (One Hour Photo and The Night Listener), as if all his love and authority had been used up. In License to Wed, he was a bitter priest who turned Mandy Moore’s attempt to marry John Krasinski into Hercules’s 12 labors. In the music-prodigy drama August Rush, he was basically Bono if Bono were Fagin, the orphan exploitation artist from Oliver Twist. In the spring, he starred in a comedy called The Angriest Man in Brooklyn. And every time, you got the sense that the marketing was always: “Hey, y’all, Robin Williams is ka-razy!” Even in Fathers’ Day, he’s a suicidal depressive.

Only in Christopher Nolan’s underrated Insomnia, from 2002, did this late dark phase get a movie that took Williams somewhere exciting. He seemed eager to build a wounded psyche around a nut-job killer part that put him opposite Al Pacino’s dry-rubbed hamminess. It’s not the closest Williams came to playing pure evil (see License to Wed, a “comedy”), but this time he got to shade the menace. His stalking Pacino had actual psychological complexity.

Even so, he left a lot of money on the table, as they say. He never made a major movie with his other Comic Relief buddy, Whoopi Goldberg, and not much of note other than that lousy one with Crystal and nothing with Nathan Lane after The Birdcage. He worked with Spielberg twice and once was offscreen. He didn’t have to be in good material to also be in a hit. He was a star. But even by the time he’d made Bobcat Goldthwait his Spielberg in the 2009 dark comedy World’s Greatest Dad, you were free to wonder what could have been. Still, Williams gave us everything. Or maybe we took all he had, but even when Williams didn’t have his best to give, he gave it until there was nothing left.