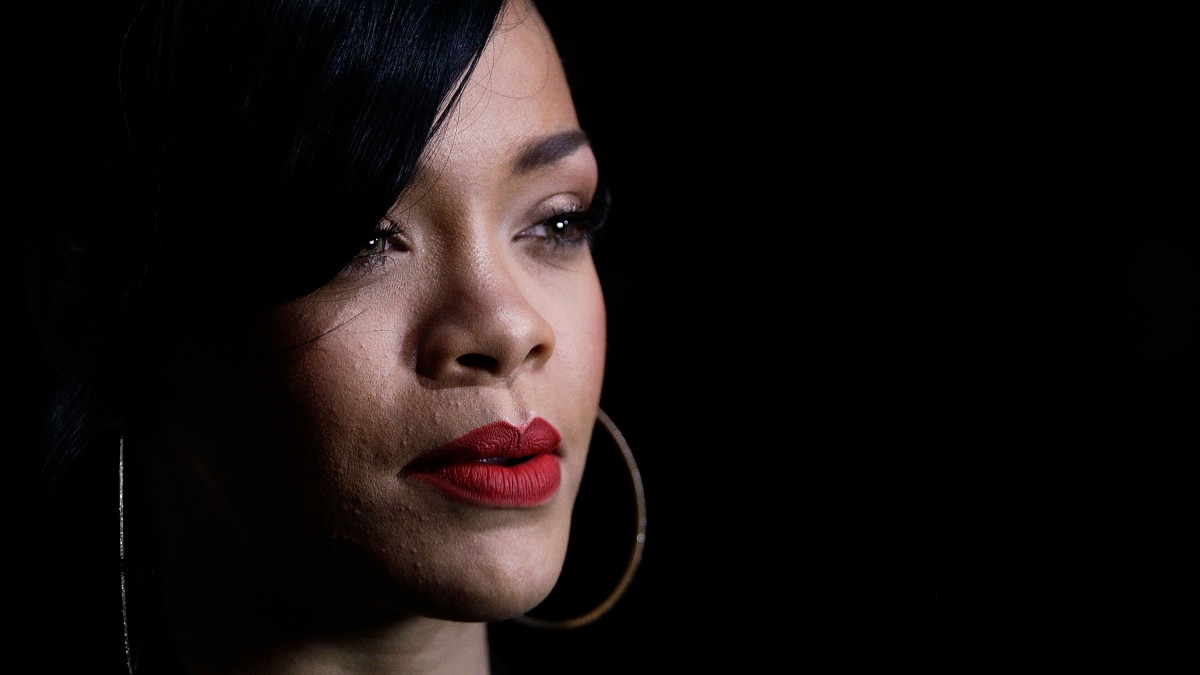 The release of “FourFiveSeconds,” the first single from R8, Rihanna’s still untitled eighth album, on January 24, didn’t go as smoothly as planned. It was unclear if it was even a proper album-related Rihanna single, because it sounded like an “Islands in the Stream” duet with Kanye West. Rihanna herself had given hints that the album was going to be a departure from her previous fare, focusing more on her voice. She called it “soulful” and said the album will sound “timeless.” Fans read that as a worrying sign that there would be no dance anthems from Rihanna this time around, that Riri had gone … folk rock?

But on Wednesday night, Rih posted single art: an image that has Braille along the left side and a simple black-and-white Inez-and-Vinoodh portrait shot of Rih, with heavily filled eyebrows and wearing a leather jacket, looking like Jody Watley in the video for “Real Love.” The picture is both classy (black-and-white photography!) and trashy (nothing under the leather jacket!) in a way that exemplifies the multitudes within Rihanna. On Thursday, she released the single. Having just proved, with “FourFiveSeconds” and the Home soundtrack, that she could sell songs with her heart and voice, “Bitch Better Have My Money” is a reminder that Rihanna is not planning to be family friendly anytime soon. The song is a strip-club anthem aimed at strippers (rather than customers), a “ladies is pimps too” call to arms, a financial dominatrix hymn with a knucking undertow of sinisterness that makes it impossible not to bob your head to it.

Riri’s voice spills like a drink over a beat that sounds like a music box in a microwave (the song is coproduced by Kanye). This is Rihanna at her riffing-est, her most dance hall. The first time I heard her sing “brrap brrap brrap” in the song, mimicking a gunshot noise, I could only think about the Kroll Show character C-Czar, who went out this weekend with a final utterance of his catchphrase: “blap blap blap.” Kroll Show and Rihanna have a lot in common: They both squeeze the most value possible out of fun line vocalizations.

The single is an ode to a number of “bitch better have my money” rap songs, including AMG’s “Bitch Betta Have My Money” among others. It’s the third chapter in a trilogy of “bitch songs” from female pop singers, including Britney’s “Work Bitch” and Madonna’s “Unapologetic Bitch.” Rihanna’s song may as well be an answer to Chris Brown’s “Loyal.” Every single line says, “Fuck you.” Rihanna isn’t a rapper, but she’s like a female Nate Dogg: a singer who can stand among great rappers and make them even better.

The long, synthy outro on “Bitch Better Have My Money” could be much longer; the whole song feels a lot shorter than its three-plus minutes. I know, because I drove around all day yesterday waiting to hear it on the radio so I could hear it in its proper environment. I got stuck in traffic but I didn’t even care.

When Orange Calls for Black: The Racial and Sexual Impotence of ‘Get Hard.’ Plus: Al Pacino Is Great Again!