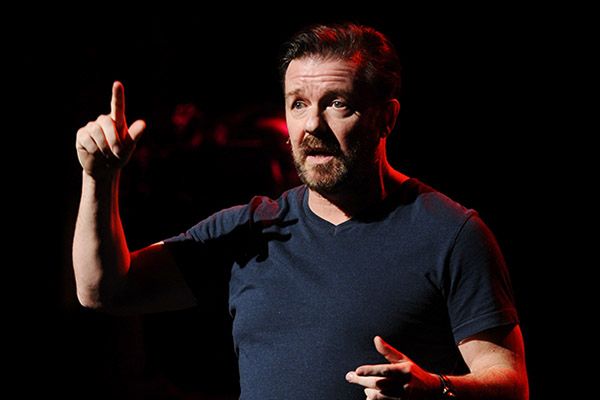 I don’t mean to be one of those guys who’s too precious about pop-culture creators mucking about with their creations — those entities belong to their life-givers, and if those life-givers wanna get back in their worlds and run around naked, they should be allowed to do so without a bunch of obsessives screaming bloody murder about oh no but what about my fond memories. That said: Ricky Gervais is bringing back David Brent, and I think it’s a terrible idea.

First, the relevant details, via EW:

Gervais has revived David Brent — the obnoxious, needy boor at the center of the show’s original British incarnation — for a short ‘mini episode’ called The Office Revisited. “It has been 10 years since we last saw David Brent,” Gervais explained in a statement. “I thought it was time to revisit my most famous comedy creation to find out what he’s been up to for the last decade and most importantly what he’s up to now.”

The Office Revisited finds David working a menial job while pursuing his true dream: making it in the music business. “He is passing on his wisdom to younger would-be rock stars now and is living vicariously through a young performer, Dom Johnson,” said Gervais. “Well, really he is trying to worm his way back into rock and roll. Fans of The Office will be excited to know we finally get to hear the whole of ‘The Serpent Who Guards the Gates of Hell’” — first heard during the first season’s training episode, a classic cut which also brought us this very special moment — “and an amazing Brent self-funded video, ‘Equality Street.’ Horrendous.” The episode will air on BBC One this Red Nose Day, March 15, and will be available for view on Gervais’s YouTube channel that day as well.

Now, things started out above promisingly enough. A couple years ago, via Red Nose Day (a “people doing comedy for charity” event that’s almost as British-sounding as the word “crumpet”), Gervais gave us the below, which is one of the best things he’s ever done:

So maybe a good omen? But then bam, a bunch of terrible ones. First, the phrase “my most famous comedy creation” — what kind of jerk acknowledges he has so many famous comedy creations that one of them is the most famous? Also, he’s premiering this on his YouTube channel? Ricky Gervais is pimping out the good name of David Brent to plug his YouTube channel?!

Then we get to the teaser. Harrowing stuff: Why is Brent suiting up like he’s James Bond preparing for the kill? Brent was a buffoon, preposterously so, but he was real. Now he’s some kind of self-aware comedy icon? With a trademark goatee? And then there’s the full trailer, which is the real drag. Ten years later we find out that, ha-ha, David Brent’s still a loser. But see, the thing is, the last 10 minutes of The Office are the best 10 minutes of television I’ve ever seen. In large part that’s thanks to a sublimely satisfying will-they-or-won’t-they payoff: Dawn, her engagement off, teary and determined, coming back to claim Tim. But Gervais wrote himself just the right send-off too.

Brent’s still fired, and he’s as low as we’ve ever seen him, and there’s no reason to think anything’ll change anytime soon. But he’s just had a date with a woman he might like, and he’s feeling good, and so when his pal Chris Finch starts in with the usual take-the-piss bullshit, David Brent pipes up, for the first time: “Chris, why don’t you fuck off?” It wasn’t much, really, but it was enough to remember that in a world that often feels empty and uncaring, there’s a glimmer of hope. That’s what you promised us, Ricky! A glimmer of hope! And then you come back to rub our faces in the fact that, a decade later, David Brent is still a sad little man.

Filed Under: Ricky Gervais, The office

Rembert Explains the '80s: Michael Jackson at the 1988 Grammy Awards