Requiem for a Ween 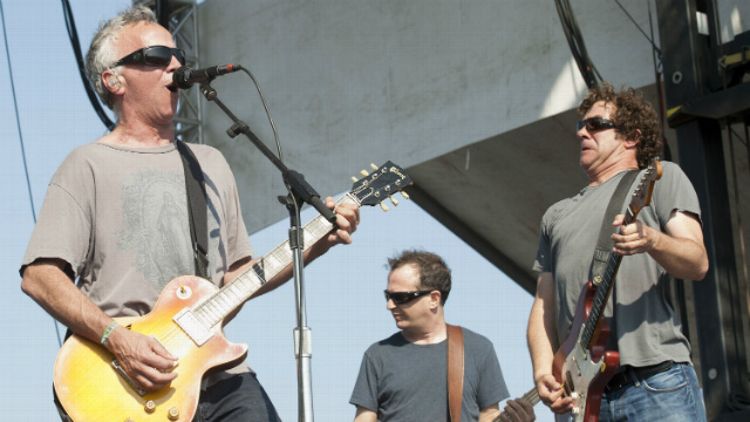 Aaron Freeman, co-founder of the seminally brilliant/annoying Pennsylvania rock duo Ween, announced to Rolling Stone yesterday that he’s quitting the band, effectively bringing to a close one of the most improbable quarter-century-long runs in modern rock history. Ween were a joke band, but as joke bands went, they were “The Aristocrats,” a joke that seemed like it would go on forever, branching off in strange directions, finding new ways to provoke and confuse and offend.

Given sufficient leisure time and access to multi-track recording technology, some seedy marijuana, and a Butthole Surfers album to clean it on, any teenage boy can and probably will eventually produce something about as good as early Ween. I don’t mean that as a criticism. Every great punk band, from the Ramones to Fugazi, broadcasts some version of the message that bands aren’t made up of special people, that you, too, can do this, if you want to, and for a generation of snickering bedroom-Zappa mutants operating without an Internet to upload stuff to, the mere fact that two people doing what Ween did were considered a “band” was an affirmation.

Freeman (known professionally as “Gene Ween”) and Ween co-founder Mickey Melchiondo (“Dean Ween”) met in typing class in eighth grade and began recording songs together in high school. In the late ’80s, from their home base in New Hope, Pennsylvania, they released a string of cassette-only albums with titles — Erica Peterson’s Flaming Crib Death, Live Brain Wedgie — indicative of the cheerfully unlistenable shroom-gobbling whimsy they contained. Somehow, they landed a record contract, with Twin/Tone, and dropped their first real album, a sprawling 70-minute, 26-track opus entitled GodWeenSatan: The Oneness.

Much like Sebadoh’s revered and similarly expansive 1991 album Sebadoh III, it felt like the work of schlumpy indie dudes simultaneously mocking the kind of bands that made bloated double-LP statements and coveting their power. Unlike Sebadoh III, it featured songs called “I Gots a Weasel” and “Mushroom Festival in Hell,” warped tributes to the Prince B-side “Shockadelica,” and paeans to a made-up pagan deity called Boognish. Drugs were clearly involved — drugs were always involved, it seems, until last year, when Freeman freaked out onstage in Vancouver and did a stint in rehab for alcohol and benzo addiction. (He’s described the solo album he’s currently promoting, a collection of songs written by the schlocky ’70s poet Rod McKuen, as “a nice recovery record.”)

1991’s The Pod was longer and better, with more than a few actual tunes — like the excellent Ziggy Stardust pastiche “Captain Fantasy” — only half-buried in sludge. Supposedly/apocryphally recorded under the influence of Scotchgard-powered bong hits — a factoid that earned them the respect and awe of every stoner at my high school — it didn’t exactly sound like a bid for major-label glory. But the ’90s were a weird time. By 1992, Ween had signed to Elektra Records — there was even a small bidding war for their services, which seems insane. But their Elektra debut, Pure Guava, spawned a bona fide MTV hit, the exuberantly irritating “Push th’ Little Daisies,” initially broken by Beavis and Butt-Head. Oliver Stone reportedly blasted Pure Guava‘s “Little Birdy” on the set of Natural Born Killers to fuck with Woody Harrelson.

None of this was really that surprising; freaks like the Butthole Surfers and the Meat Puppets briefly boarded the major-label gravy train in the early ’90s, too. So did an aggressively psychedelic art-rock outfit from Oklahoma City called the Flaming Lips, who had their own “Push Th’ Little Daisies” moment in ’93 with “She Don’t Use Jelly” and took it further than anyone thought possible. What was surprising was how real a band Ween became. It was as if, having beaten the odds and convinced an actual record company to pay them money for songs called “Touch My Tooter” and “Flies on My Dick,” the only counterintuitive move left was professionalism.

So they made 1994’s accomplished, presentable, and amazing Chocolate and Cheese, soft-pedaling their trademark obnoxiousness — “The HIV Song” notwithstanding — in favor of deft and weirdly tasteful genre homages like the Philly-soul jam “Freedom of ’76.” (A cover of the Chocolate and Cheese track “Roses Are Free” became a staple of Phish’s live sets, introducing Ween to a new fan base they seemed generally uninterested in courting.) Then they cut what they insisted was an unironic country album at Bradley’s Barn in Nashville with a band of veteran C&W session dudes, including three different guys named “Buddy.” It was, supposedly, the first country album ever to carry a Parental Advisory sticker, thanks to truck-stop-cutout-bin novelties like “Piss Up a Rope.”

This was, from a career perspective, maaaaaaaybe not the best move; it didn’t help their increasingly strained relationship with Elektra, either. And yet they remained major-label recording artists well into the 2000s, despite not producing anything remotely resembling a hit. (How does that happen?) I can’t really go to the wall for anything they recorded after 1997’s proggy, nautical concept album The Mollusk, although a lot of superfans swear the frowny adult-pop move White Pepper is a late masterpiece. Anyway: This is sad. As hard as it was to imagine the joke lasting this long, it’s harder to imagine the world without them.

G.I. Joe: Retaliation: Why Was It Really Delayed?

Riot Like You're in the 99 Percent: Kanye's 'No Church in the Wild' Video