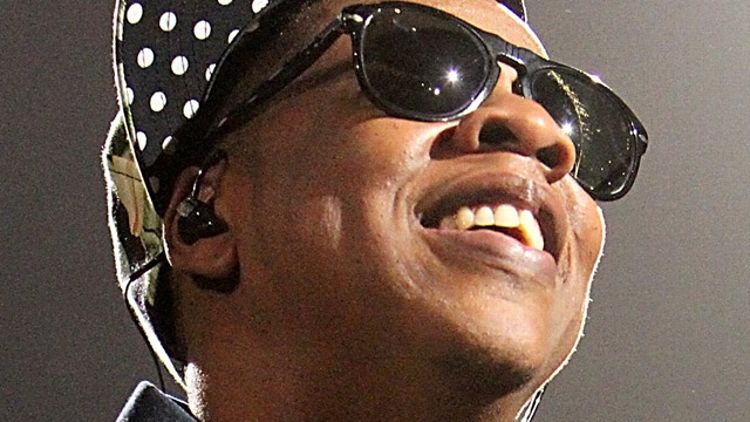 Within the niche of hip-hop ad libs — those trademark phrases tossed out by your favorite rappers as delicious garnish to the surf and turf they’re serving you — there is an even smaller categorization: the rap laugh. For reasons we can certainly guess at (their wealth, their power, their ability to rhyme words very well), rappers love breaking out in spontaneous, if often ominous, laughter. And while, like the mysteries of the Higgs boson, the question as to which MC laughs best might never be satisfactorily answered over the span of our lifetimes, that doesn’t mean we can’t talk it out. So now, as merely a humble, small addition to the fiery debate, we here at Grantland pay tribute to four rap-laugh titans: Young Jeezy, Lil Wayne, Jay-Z, and Jadakiss. Ha. Ha. Ha. Ha.

With all due respect to cackle pioneer Jadakiss, I strongly believe he was knocked off his throne when Young Jeezy officially burst onto the scene in 2005 with Thug Motivation 101: Let’s Get It. Jeezy’s simple but triumphant “ha-ha” giggle is great because it’s often an agent of happiness within lyrics that are anything but happy. This might just be me, but every time he does it, I imagine Jeezy throwing a pile of money in the air, à la LeBron and the pregame chalk, with the biggest smile on his round face.

Get Throwed: “Hit the brakes, hit the lights, and wow, there go them bricks (HA HA).”

My Hood: “Even when I’m on the road the gangstas stay in touch. Why you think they love me so much (HA HA)”

*Jeezy Money Throw, with cash landing in hoods across America*

I Luv It: “I ain’t want the four-door, I copped the motherfucking coupe (HA HA!)”

*Jeezy Not in Jail or Dead Money Throw*

Streets on Lock: “I was born in the Field, raised in Atlanta. Pop busted a nut here so I was made in Atlanta (HA HA)”

At times, Jeezy’s laugh might be overshadowed by some of his other notable ad libs:

But none are more important than his laugh. At this point, it’s gone beyond an ad lib and is simply a lyric. It’s not an aside in a verse, it’s one of the most important parts of his songs. If you don’t believe it when Jeezy claims to be The Street Dream, just listen to him laugh. He most certainly is.
— Rembert Browne

Not so much an ad lib as it is a withering rejection of everyone beneath him, Jay-Z’s “Heh, heh, heh” (heard here, into infinity) is the antithesis of a catchphrase or a hook. It is a fittingly soft but unsubtle and wordless dis. (Note: It is not this full-bellied chuckle. We were never supposed to hear those.) No, this is a reminder: Jay-Z, the man who has everything and more, is better than you. Pardon me, I had to laugh at that laugh.
— Sean Fennessey

I’d just like to begin by pointing out that in the course of my research, YouTube “rapper laugh” supercuts became my new favorite rap subgenre. There’s something awesome about hearing deeply rhythmic music like commercial rap chopped into blurts of jagged noise with a nonverbalizing rapper Touretting and AutoTune-burping and YEAH!ing all over it. “Funny Lil’ Wayne Laughs n Sounds” is now my favorite Lil Wayne song, or my favorite Christian Marclay soundpiece, I don’t know. Anyway: Lil Wayne kind of has a two-stroke laugh. The chuckle varies (sometimes it’s Beavis, sometimes it’s the sound of a goblin gleefully watching pit bulls tear Hobbits limb from limb),
but it’s almost always followed by a deep oxygen-hit gulp. It’s a bizarre laugh, a laugh without ceilings, a rolling paroxysm as uncontainable as its owner’s prolix creativity. (Excellent example of the gulp around 2:45 here, from an extemporaneous Dedication 3 skit about wanting to drill Sarah Palin.) It’s a cartoon-character laugh, too. Appropriately, Weezy’s IMDb page lists a couple of upcoming animated-film voice-actor roles, as a dinosaur in a Pixar movie and (“rumored”) someone called “Flack” in Smurfs 2. Rap game John Ratzenberger!

Still: It’s ridiculous that Wayne doesn’t have his own cartoon already. I assume this is because he exists in a zone of rapper-time so profoundly outside this temporal plane that you have to have a grasp of string theory to get on his calendar (let alone his level), but it’s ridiculous that Toon Disney has not made this happen. Best laugher alive!
— Alex Pappademas

We don’t know what Jadakiss sounds like when he laughs. We have heard him laugh upwards of billions of times. But we don’t know. Not really.

What we hear when Jadakiss “laughs” — the Eh-He-He-HE, the Ehh-HE, the Yeah-HE-HE-HE-HE-HE — are calculated provocations. At some point, I’m convinced, Kiss hunkered down and spirited them out of thin air. Like, sat in front of a mirror, a tape recorder to his left, a pad and pen to his right, and ran through an epic jag of “laughter,” pounding and chopping and tweaking his noises until he finally hit on the right formula. When he “laughs,” it is a dry and leering presence, expertly contrived to dismiss you as quickly as possible. In waging battle, the true warrior knows he must always maintain his presence, his demeanor, his cool. And when you hear the steely sounds of the Jadakiss chortles, your nerve has already been done away with, before you ever really had a chance to retaliate.

When he truly laughs, perhaps at home in a comfy chair with a glass of gut-warming scotch in hand and his pals Styles P and Sheek Louch on the premises sharing uproarious, life-shaping childhood anecdotes, Jadakiss may well do so with all his heart. But when he “laughs,” those nearly grotesque audio punches clanking along the track, it’s clear that there isn’t much funny happening at all.
— Amos Barshad