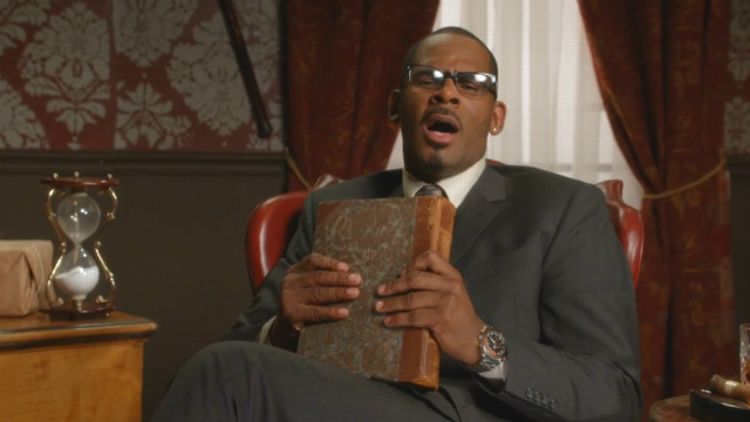 Which kind of news is news even when there are almost no details? Trapped in the Closet news. IFC will debut an unspecified number of new chapters at a to-be-determined time (early?!) next year, the network announced today. Wesley Morris just called R. Kelly’s Black Panties an album that “reminds you how rarely R&B concentrates on the sex people actually have: the breathlessness and soreness, the leg shaking, the terminology, the sheer exhaustiveness,” and that really makes me want to listen to the record immediately and for a long time. But Trapped is bigger than music. Trapped, as Kellz told Time last year, is forever.

In the same interview, back in October 2012, Kelly said “I’ve got like a hundred chapters to come,” mentioning 20 new installments he had recently filmed. IFC ended up airing 11 of those, so expect no fewer than nine new installments next year. To celebrate your new most-anticipated thing, IFC will run a marathon of all 33 chapters of the hip-hop opera (hip-hopera, to the kids) this Saturday afternoon. (The individual clips are online, too.) While we’re all dreaming like dreamers in a universe that’s about to expand enough to fit a little more Trapped, I’ll humbly request a few words and phrases I’d love to hear emerge from the pipes of R. Kelly at least one more time: “spatula,” “there’s a mystery goin’ on,” “somebody done broke wind,” and, of course, “she’s scared out of her mind, stutterin’ and shakin’ and still talkin’ about some pears.”

Just in case, here’s where we left off last time, with the eight-minute mega-chapter that introduced us to Beano, crime boss and sunflower seed enthusiast:

Black Mirror Episode 4, 'Be Right Back': Death and the RealDoll