‘The Spoils of Babylon’: Crazy, Star-Studded, and Maybe Not As Funny As You Were Hoping 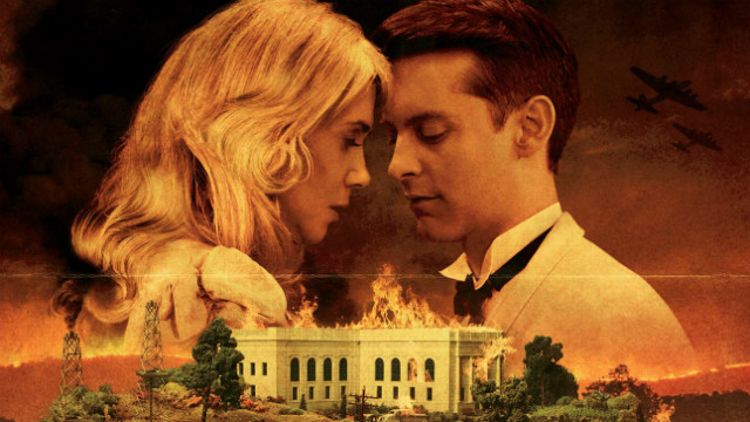 The Spoils of Babylon

There was nothing small about the miniseries of the ’70s and ’80s. They were opulent, overstuffed affairs that dared to tackle the supersize topics unlimited series wouldn’t touch, like world wars and priest flirtation. A strange combination of soaring melodrama and slumming actors, these gassy mega-productions were the appointment television of their day, a chance to see the world through the eyes of long-winded novelists like James Michener and James Clavell (whose works were plundered for material) and through the avarice of network accountants (who pushed for more and more of these massive events after Roots went supernova in 1977). They were ambitious, they were riveting, and they were often very, very silly.

Even after 30 years, no target this big deserves to go unmocked. And so, beginning tonight at 10 p.m. ET, IFC is rolling out The Spoils of Babylon, a giant blunderbuss of a parody aimed squarely at the groaning miniseries of yore. Produced by Will Ferrell and Adam McKay’s Funny or Die, the six-part Spoils is pretend-adapted from the works of the fictional Eric Jonrosh, a once-legendary mass-market author now gone hilariously to seed. (Each episode is personally introduced by Jonrosh himself, played in full louche mode by Ferrell. Clearly inspired by some of Orson Welles’s lesser commercial work, these boozy snippets are by far the funniest part of the show.) In fact, the entire series, we’re told, was pretend-adapted by Jonrosh himself years ago in a fit of pique against the stodgy Hollywood Powers That Were — his original cut was apparently 22 hours long, which was for some unfair reason “considered ‘too long’ for network television.” Jonrosh’s ego-driven amateurism allows the actual writer and director, Andrew Steele and Matt Piedmont, respectively, to produce something that is both respectfully straight-faced and, when necessary, intentionally awful, replete with glaring continuity errors and puppet-driven special effects that suggest a child (or perhaps a small gibbon) let loose on the set of Team America. (It’s a tactic borrowed, hopefully with respect, from the superior and outrageous British comedy Garth Marenghi’s Darkplace.)

Spoils tells the story of one Devon Morehouse (Tobey Maguire), a foundling child whose journey traces the history of the 20th century itself: from Depression-era orphan to war hero to his eventual decline in a haze of oil money and opiates. The scope is certainly deserving of a miniseries, and the cast, seemingly assembled on a dare, is an absurdly perfect mix of talents high (Tim Robbins as Devon’s adopted father, Kristen Wiig as his incestuous sister-lover), low (Jessica Alba as Devon’s girlfriend, Haley Joel Osment as his evil nephew), and seemingly high (Val Kilmer as a doughnut-grubbing general). The problem that Steele and Piedmont encounter is similar to the one they faced with their previous collaboration with Ferrell, the 2012 Mexsploitation comedy Casa de Mi Padre: It’s hard to simultaneously celebrate and satirize. So much time is spent establishing the genre’s many sacred cows — the old-timey newsreel footage, the menacingly savage Japanese soldiers, the forbidden family secrets — that little remains for Steele and Piedmont to properly skewer and roast them. It’s a perfect send-up, but the perfection ends there.

Instead, the quiet rumble of the project’s essential joke — this is all overheated nonsense! — is larded with noisier gags that land with varying degrees of thud. The loudest of these, at least from the two episodes provided for review, is the casting of a mannequin as Devon’s English wife, Lady Anne. (Her voice is provided by the game Carey Mulligan.) Watching Maguire go where only Andrew McCarthy has gone before is amusing for a bit, then mostly tiresome. Like the entire project itself, it’s the sort of thing that’s much funnier in theory than in drawn-out execution. Perhaps I’d feel differently after a few glasses of Bagpipes O’Toole blended Scotch — Devon’s preferred tipple — but that level of drinking should be reserved for those copulating with inanimate objects, not the innocent audience gathered to watch.

The Winds of War may have been buffeted by the varying acting styles on display — that tends to happen when you put Robert Mitchum up against future Airwolf Jan-Michael Vincent — but that’s nothing compared to Spoils‘s messy hodgepodge. Capital-T thespians like Robbins and Maguire approach the insanity like firefighters responding to a five-alarm blaze: They bravely strap up and dive in. But they’re tourists compared to Wiig, who lets the flames consume her like she’s the Human Torch. I wish Spoils had more of her moxie. Instead, it’s mostly content to let the comedy coast on concept alone — if you listen carefully to the audio track, it’s possible to hear Steele, Piedmont, and Ferrell high-fiving over the fact that someone bankrolled something so ridiculous in the first place. I’m honestly glad they did. I just wish it were easier to join in the fun.