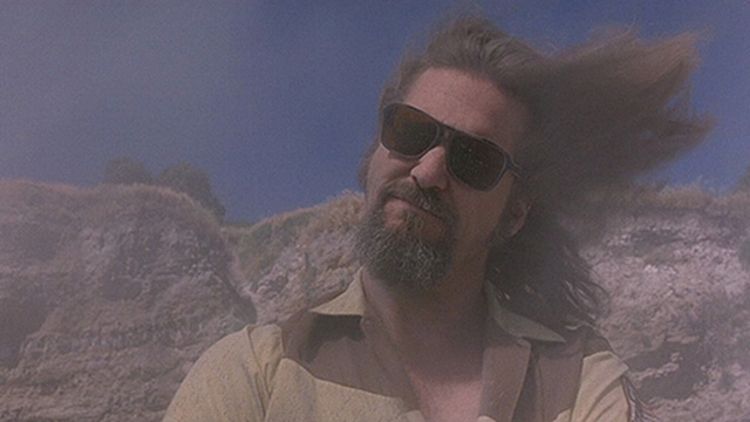 Inside Llewyn Davis, the 16th feature film from the Coen brothers, opens in New York and Los Angeles this Friday, and, well, most of us are very excited for it. (Here’s editor-in-chief Bill Simmons’s rejected submission for this week’s HOF, just for the record.) To jump-start a very Coens weekend, we’re looking back at some of our favorite scenes from the brothers’ filmography. Yes, we probably forgot your favorite. Yes, we love it just as much. Enjoy!

Mark Lisanti: I was going to pick the scene where indefatigable jellyshoe The Dude tries to uncover the secret, case-breaking message Jackie Treehorn has scribbled on the notepad beside his phone, only to reveal the world’s most perfectly rendered, torpedo-size cartoon dong, but then I reconsidered. Yes, that’s a great moment, a flawless moment, a throwaway gag, an artisanal banana peel. The boys down at the lab are still studying that one to figure out how it works so well.

But here were are at the cliff’s edge instead, overlooking the beloved Pacific, beards streaked in cremains that gushed forth from an overturned Folgers can like fire-death dumped from choppers above an otherwise impenetrable jungle canopy; here we go again with the Nam stuff. You want to release the pain into the vast expanse of the ocean, but you quickly learn you can never quite wipe off its sticky gray dust of memory, of love. You will carry it with you in the folds of your bowling shirt forever. And that’s how it should be.

Steven Hyden: As a proud native and current resident of the upper Midwest, it is my duty to point out to all you godless elitists on the coasts that the depiction of our accent in Fargo is an exaggeration. The degree of the exaggeration varies depending on where you are — admittedly, it becomes virtually nil the closer you get to Canada — but it is simply not true that we talk exactly like Marge Gunderson. What can’t be denied, however, is that the poor couple that crooked car salesman/erstwhile parking-lot magnate Jerry Lundegaard is attempting to strong-arm into accepting factory-installed True-Coat on this here vehicle are the single most authentically Midwestern thing ever committed to celluloid. Also: The repression-defying F-bomb here has more impact than the army of F-bombs in Scarface.

Emily Yoshida: Does everyone with an upper Midwestern background automatically have a soft spot, if not a no. 1 spot, for Fargo? Granted, I spent my tween and teenage days just south of the official border, but its landscape of coldly lit wood-panel-interior houses stubbornly insulated against blankets of snow is achingly familiar to me. As funny as Fargo often is, it’s an absurdist kind of funny, very much rooted in its at once both extremely American and otherworldly setting. There’s a Gravity-like unmoored terror that runs throughout it, because so much of it takes place in a white, directionless void. And as in Gravity, there’s a sense that people are not supposed to live in this environment — one of my favorite film images ever is the wide, bird’s-eye shot of Jerry Lundegaard walking through an empty white parking lot back to his buried car — much less solve homicides while extremely pregnant here. That is why Marge Gunderson is such a wonderful, necessary character. Marge is the original Katniss Everdeen, except with an actual bun in the oven — she’s a hand to hold on to even in the bleakest of moments; sturdy enough that we’re never quite scared for her; resilient, not aggressive. Frances McDormand elevates her character’s Midwestern niceties (“It’s a real shame,” “And it’s a beautiful day”) to Zen profundity. If you haven’t fallen in love with her by the time she matter-of-factly pauses to barf at the crime scene, your heart is as frozen as Brainerd in January.

Raising Arizona — “I Love Him So Much”

Dan Silver: No matter how many times I see it, this scene never ceases to tickle me like a Mr. Horsepower tattoo being applied by an overexcited Gale Snoats. I’m going to avoid getting into Raising Arizona’s significance in the grander cinematic pantheon, or its significance in the Coens’ filmography. But I will declare this: Say what you will about Lebowski (and I will agree with most, I repeat, most of what you say), Raising Arizona is their funniest film. Although many have attempted, its hilariously dry tone has never quite been replicated by anyone not named Joel or Ethan Coen. This is one of the film’s quieter spots, but then Holly Hunter lays down a master class in Method hyperbole. It’s her performance here that makes this a signature Coen brothers moment, because even though she and her husband have just performed one of the most heinous acts possible (kidnapping a child), her conviction and believability immediately make both her Ed and Cage’s H.I. likable and sympathetic. And truth be told, along with “Smile, you son of a bitch!” from Jaws, and “Get away from her, you bitch!” from Aliens (hmm, curious comparisons), “I love him so much” is in my all-time top three most-rewound movie moments.

Patricia Lee: All I can say is that Gus Petch is very good at his job.

netw3rk: My very first job was at a now mostly defunct chain convenience store called Dairy Barn. It was set up as a drive-through — one worker stands at the register as cars pull up to sliding doors on either side of the barnlike building for milk, ice cream, cigarettes, whatever. In addition to keeping the wheels of beverage lust and nicotine addiction greased and turning, the lone worker on duty was also responsible — ostensibly during largely mythical breaks in the customer traffic — for stocking the fridges and shelves. This entailed leaving the register, going outside in the dead of winter to a detached storeroom building, stacking goods on a handcart, wheeling the stuff across the parking lot as annoyed customers hammered their car horns, and stocking the shelves. I was 15, and I got fired after three days for not rotating the milk, as if I even had time to do that. That’s what this scene reminds me of.

Tess Lynch: This Lebowski trailer remix focuses on Walt’s Vietnam PTSD. I’m going to subtitle it “(Jackie) Tree(horn) of Smoke” when I create a 90-minute feature based on this clip. Also, I’m just sowing seeds for a Denis Johnson/Coen brothers collaboration.

Charles P. Pierce: The genius of O, Brother Where Art Thou? does not entirely reside in the voice of Alison Krauss, although most of it does. It also can be found in the fact that the Coens married Preston Sturges to Homer and did not entirely obliterate the latter with the former. The Odyssey breaks out of the subtext most vividly when Ulysses McGill reunites with his three daughters and discovers his former wife is about to remarry someone who is both bona fide and a suitor. (The three little girls are better deadpan comics here than Clooney is, which is saying something.) He also discovers he has been hit by a train and killed, which is something Homer left out. This is further explained to him by his wife, which leads to the unpleasantness in the Woolworth’s. Holly Hunter’s Penny beats poor old Penelope all hollow. She’s a damn sight tougher.

Molly Lambert: I love Barton Fink. I am Barton Fink. We’re all Barton Fink? This is the realest movie about Hollywood ever made. I have to go write a Wally Beery wrestling picture now.

A Serious Man — The Storm

Sean Fennessey: The Coen brothers are very good at endings. Not in the traditional steal-your-breath dramatic conclusion sort of way. And not quite in the lyrical, ruminative way, either. The end of Joel and Ethan Coen’s movies are often tinged with dread, sadness, or philosophy. Sometimes all three. Think of Tommy Lee Jones, far-off look in his eyes, recounting the chilling Freudian memories of a night’s dream to his patient wife in No Country for Old Men. Think of Albert Finney and Gabriel Byrne in Miller’s Crossing, solemnly walking away from each other for good, two cowboys in Borsalino hats. Think even of Tim Robbins flinging the first Frisbee through an open window on the 44th floor of the Hudsucker building. Dreams and breakups and circles, the Coens push you out on an idea, something to chew on. The chewiest comes at the end of 2010’s A Serious Man. All your fears — a family fraying from divorce, the inability to secure professional stability, the quest for knowledge in the celestial world, finding a way out of the goddamn Columbia House Record Club, that call about X-rays from a physician — are meaningless. All there is is that great big, black twister, come to quell the terror in one fell swoop. It’s an uncommonly dramatic close and a typically cruel joke. A perfectly unspoken Fuck off and die to the audience, and everyone, really. Hope you enjoyed the show.

Filed Under: Inside Llewyn Davis, Youtube Hall of Fame