R.I.P., Sci-Fi Giant Richard Matheson, Author of I Am Legend 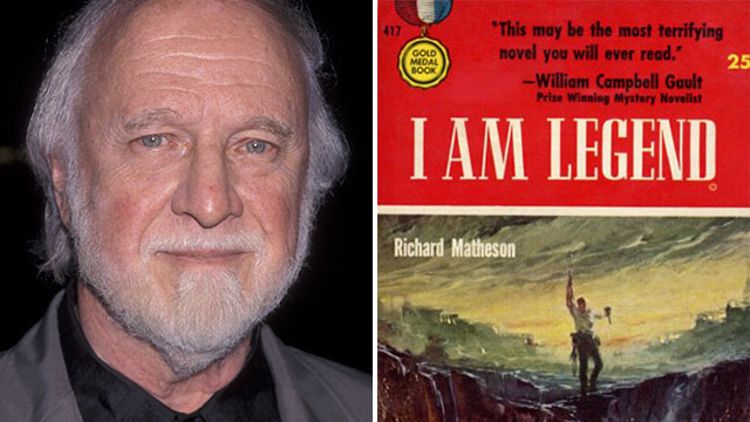 “I liked a guy named Richard Matheson,” Stephen King told Dick Cavett once. “I think he was the first guy that I ever read as a teenager who seemed to be doing something that Lovecraft wasn’t doing. It wasn’t Eastern Europe — the horror could be in the 7-Eleven store down the block, or it could be just up the street. Something terrible could be going on even in a G.I. Bill–type ranch development near a college, it could be there as well. And to me, as a kid, that was a revelation, that was extremely exciting. He was putting the horror in places that I could relate to.”

Matheson, who died Sunday at the age of 87, was a novelist and film/television screenwriter whose influence stretched far beyond King; even if you don’t know his name, you know his contributions to pop culture. His 1954 book I Am Legend has been called the first modern, post-Gothic vampire novel, but its setup — lone pandemic-survivor hero barricaded in a house surrounded by swarming bloodsuckers — was really the birth of the zombie-apocalypse genre. George Romero cited the original novel as a key inspiration for Night of the Living Dead. It was adapted for the screen for the first time in 1964, as The Last Man on Earth, with Vincent Price (who also starred in several of the Edgar Allen Poe adaptations Matheson wrote for Roger Corman in the ’60s), again in 1971 (as The Omega Man, with Charlton Heston struggling to pry Los Angeles out of the cold, dead hands of hippie zombies), and again in 2007, as I Am Legend, with Will Smith and a dog.

Even after Legend was published, Matheson continued working nights at the Douglas Aircraft plant in Santa Monica, cutting metal for airplane parts. It was 1956’s The Shrinking Man that gave him a viable career. Before the book was in stores, Matheson was at work on the script for the movie, released in 1957 as The Incredible Shrinking Man, the first of countless films based on his work. Hollywood would continue data-mining his oeuvre well into the 21st century; Richard Kelly’s The Box and the fightin’-robots drama Real Steel are both based on Matheson stories, as was Steven Spielberg’s first feature, 1971’s broad-daylight murder-truck nightmare Duel.

But the best way to experience his just-down-the-block approach to horror is probably via his contributions to TV’s The Twilight Zone. During the show’s first season, Rod Serling turned two of Matheson’s stories into the Twilight Zone episodes “And When the Sky Was Opened” and “Third From the Sun.” Matheson’s first original episode, “The Last Flight,” about a World War I pilot who slips through a cloud in 1917 and lands his biplane at a modern Air Force base, aired in 1960.

Because The Twilight Zone returned so often to a couple of basic themes, it’s an anthology series with its own subgenres. You’ve got your Time Travel episodes, your Three Astronauts In Trouble, and what I like to think of as the Anyone Could Go Insane At Any Time For No Reason episode, which inevitably ends with Rod Serling tut-tutting as some formerly lucid character is wheeled away on a gurney by the boys from the psych ward. In the course of the show’s five-season run, Matheson worked in all of these categories. His most famous Twilight Zone script is the the oft-spoofed “Nightmare at 20,000 Feet,” a quintessential Anyone Could Go Insane … in which a dumb-looking but super-effective monster appears on the wing of an airplane to drive a high-strung William Shatner batshit. But I’m partial to “The Invaders,” with Agnes Moorhead as a widow trapped in a farmhouse with a crew of teeny-tiny spacemen, an eerie, mostly wordless episode that perfectly demonstrates Matheson’s gift for setting the weird against the everyday.