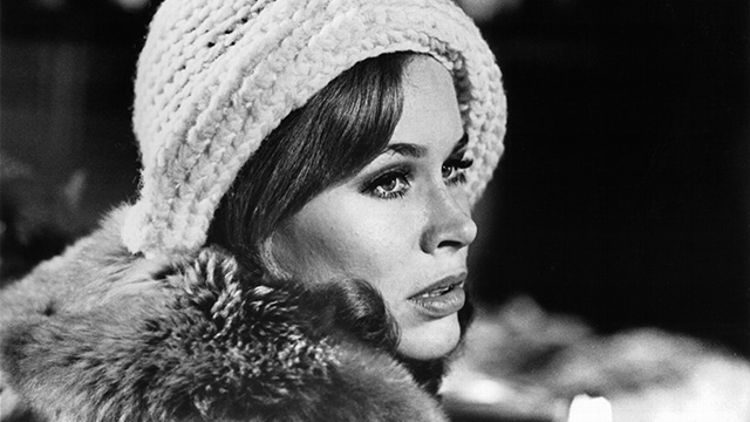 After the death of Eileen Brennan last week, the world lost another New Hollywood luminary yesterday with the passing of Karen Black. Brennan and Black both straddled the line between character and leading actress, a blurrier division in the early ’70s than ever before (or since). Black was born Karen Blanche Ziegler in 1939. She grew up in the suburbs of Chicago, raised in a creative family with a Norwegian, Czech, and German background. She dropped out of Northwestern before her junior year and moved to New York, where, like many of her Marlon Brando–worshipping peers, she studied Method acting with Lee Strasberg and started acting in Off Broadway plays.

Black had a short-lived marriage, through which she acquired her stage last name. She garnered good notices for her role in the 1965 Broadway play The Playroom and in 1966 made her big-screen debut as a “painted woman” in a late-’50s teensploitation movie called The Prime Time. After a role in Francis Ford Coppola’s You’re a Big Boy Now, Black worked on television in guest roles on late-’60s shows like Adam-12, The Big Valley, and Mannix. Her true breakthrough came in 1969 in the form of Easy Rider. She played a small but pivotal role as Karen, one of the hookers the guys pick up at a brothel in New Orleans. (Mary, the other one, is played by Toni Basil.) In 1970, she starred opposite Jack Nicholson in Five Easy Pieces as Bobby Dupea’s sweet, sad, country-singing waitress girlfriend Rayette Dipesto. She was so great and natural in the role that some viewers thought she was a civilian just playing herself. Black was so convincing as the naive but good-hearted Rayette that people who met her would be surprised when they found out she was actually an intellectual Chicagoan. Black often played blue-collar workers and loose women. She imbued her roles with a soulfulness that went far deeper than the usual hooker-with-a-heart-of-gold clichés. (If Lana Del Rey doesn’t love Rayette Dipesto, I’ll eat my makeup.) She was incredibly beautiful and very interesting looking; slightly cross-eyed with large features that made her resemble a lioness. She has an unforgettable face that makes her instantly recognizable in her hundreds of credits. But she also displayed a chameleonic screen presence, fully inhabiting her characters, often women living on the fringes of society. Her good looks could be exaggerated into grotesquerie. She wasn’t afraid to play women who were weird and occasionally frightening. It was an ability she played up as she transitioned into horror films during the latter half of her career. Black worked consistently through the end of her life, in films of all stripes. She quickly became celebrated as a cult actress, with 194 titles of varying quality, an Oscar nomination for Five Easy Pieces, and a Grammy nomination for the songs she wrote and performed as country singer Connie White in Robert Altman’s Nashville. Black collaborated with Altman again in Come Back to the Five and Dime, Jimmy Dean, Jimmy Dean in 1982, playing a transsexual woman. Other Karen Black career highlights include an indelibly terrifying turn as Faye Greener in The Day of the Locust, the lead in Airport 1975 as a stewardess who has to fly a plane, Cisco Pike with Kris Kristofferson, and Mary Jane “the Monkey” in Portnoy’s Complaint.

All her movies have their moments. She starred as the protagonist in TV minseries Trilogy of Terror, memorably taking on an evil Zuni fetish doll. She was a jewel thief in Hitchcock’s final film, Family Plot. She is masterful in supernatural horror thrillers like Burnt Offerings, The Pyx, Children of the Night, and Eternal Evil. Even in dreck like Out of the Dark, Bad Manners, or The Roller Blade Seven, Black is always on point and professional. Her credits from recent years have titles like The Blue Tooth Virgin and Dr. Rage. Rob Zombie cast her in House of 1000 Corpses because of his love for her work. My favorite Karen Black movie is Drive, He Said, a 1971 movie directed by Jack Nicholson in which she costars as a woman caught between two men, one athletic and the other intellectual. It takes place on an increasingly radical campus that is frazzled about Vietnam. The role is a love letter to Black’s talent as an actress. She plays Rayette’s polar opposite, Olive, a woman who’s too smart for her own good. Black was married four times, most recently to Stephen Eckelberry. She was open about being a Scientologist. Eckelberry had released the news a few days ago that Black was suffering from a cancer that had been plaguing her for the past few years. She is survived by her husband, a son, and daughter. She leaves us with her legacy of finely honed character portraiture and amazing wigs. In her own words, “I love playing strong women, even if they’re nuts.” No matter how nuts, they’re all human, and we love Karen Black for that.

Filed Under: In Memoriam, Nashville, Obituary