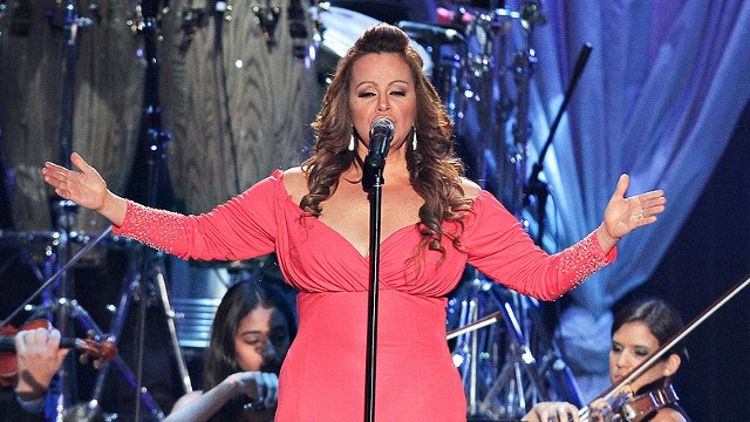 News broke over the weekend that a small private plane carrying Jenni Rivera, the queen of Norteño music, from Monterrey to her next gig in Toluca had lost contact with air traffic control. Information lagged for a few hours until the plane was confirmed to have crashed and that Rivera and six other passengers were dead. It was a shocking end to an amazing life story, in which Rivera triumphed over hardship time and time again to become the first lady of banda.

Born in Long Beach to parents who’d immigrated from Mexico, Rivera grew up in a very close family that placed great importance on music. A strong female presence in the extremely male-dominated world of banda, she became the genre’s premier diva. Banda, the brass-heavy, polka-influenced style of music that originated in Sinaloa in the 1880s, is most popular in Texas, California, and Arizona. It is a very sentimental genre, often romantic in subject matter and deeply influential on Mexican American immigrant culture.

I gave Rivera’s song “Basta Ya” an A on the Mexican Regional Chart earlier this year, where she held strong as the lone woman on the chart. In addition to traditional topics like love and infidelity, Rivera’s songs also address social issues like suicide and domestic violence. The L.A. city council named August 6 “Jenni Rivera Day” in tribute to her community and charity work with the National Coalition Against Domestic Violence.

Fans and celebrity friends have been tweeting about their sadness over the fatal accident. The hashtag “RIP Jenni Rivera” trended worldwide yesterday and was still a top tag in Los Angeles early today. Conspiracy theories are already popping up that Jenni’s death was a setup or that she is alive but hurt and being kept in a secret hospital. Several Twitter users posited that Rivera predicted her own destiny, claiming that the last song she ever performed was “Cuando Muere Una Dama” and that the stage was set up in the form of a cross. Rivera’s body has not yet been found, fueling Makaveli-type rumors that she is alive, but her driver’s license was discovered at the crash site along with the pilot’s.

The plane, a Learjet 25 built in 1969, had malfunctioned once before in 2005. It was 43 years old, the same age as Rivera, adding fire to online rumors that the crash was staged by the Illuminati. Rivera joins the ranks of Aaliyah, Patsy Cline, and fellow L.A. native and Mexican American legend Ritchie Valens in the unfortunate club of stars whose lives were ended at the peak of their fame and talent by a small plane crash. An eerie last photo of Rivera and her team, smiling brightly on the private plane, appears to have been taken on Instagram.

The singer had been enjoying a new wave of success in television, producing a reality show on Telemundo network mun2 about her daughter called Chiquis & Rac-C, starring in spin-off I Love Jenni (which focused on her family life in Encino), and coaching on La Voz. She released her last album, Joyas Prestadas, in 2011, in two versions: banda and pop. Her legacy is enormous. She sold 15 million albums, built an empire as a businesswoman, and became the first female banda artist to sell out the Universal Amphitheater. Her personal life was dotted with tragedies. She became pregnant in high school and married the child’s father, who would eventually be convicted of raping their child. Her second and third marriages crumbled, her most recent union to baseball player Esteban Loaiza ending in 2012. She was reportedly feuding with her daughter Chiquis at the time of her death, and the two had not spoken in weeks.

Jenni Rivera was a self-made pioneer in her field, considered a legend by all long before her untimely passing. She had a big, beautiful voice and a warm, open personality to go with it. Rivera’s work in a specialized genre has very broad appeal, and it’s all owed to her charisma and vocal chops. She reminds me of the great ladies of American country music like Patsy Cline, Dolly Parton, and Loretta Lynn, equal parts bottomless sadness and steely strength. She shows her abilities off to great effect on her banda version of Gloria Gaynor’s “I Will Survive” (from Rivera’s platinum-selling album Mi Vida Loca). Her entire discography is filled with painful moments of clarity, her bell-like voice resonating in a way that just so happens to stimulate the tear ducts. Even before her sudden tragic death, Jenni Rivera’s voice was heartbreaking.