Q&A: Norman Greenbaum Explains Why You’ll Never Stop Hearing His Song ‘Spirit in the Sky’ in Trailers Like ‘Guardians of the Galaxy’ 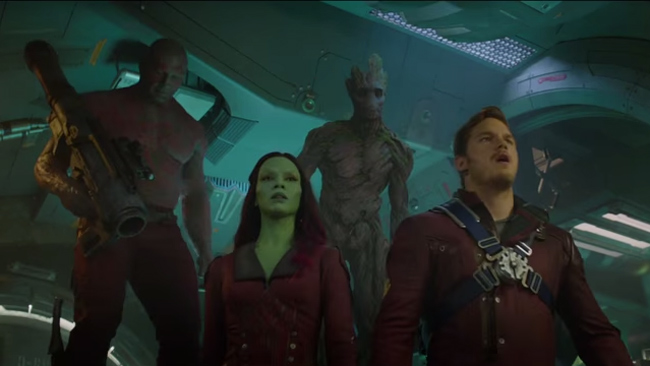 It’s rare that the trailer for a Marvel movie arrives and the song that dominates it is more famous than the superheroes, but that was the case last week when “Spirit in the Sky” by Norman Greenbaum soundtracked the preview for Guardians of the Galaxy, the cinematic introduction to Star-Lord, Gamora, Rocket Raccoon, Groot, and Drax the Destroyer. The fuzzed-out and Jesus-invoking song was the titular cut of Greenbaum’s 1969 debut album, and the single went on to sell two million copies, proving its longevity in the ensuing 45 years by appearing in dozens of films, TV shows, and commercials.

“Spirit in the Sky” hits the trifecta of simultaneously being easy shorthand for a long-gone era (the Ocean’s Eleven remake, Wayne’s World 2), a groovy take on religion (the trailer for Michael, Superstar), and journeys into outer space (Tiger Woods on the moon for Gatorade). Sometimes it’s even a combination of the latter two, like in Contact. Other times it just sounds awesome, like in the opening credits to Miami Blues. In the past 12 months alone, “Spirit in the Sky” not only was in the Guardians of the Galaxy trailer, it also welcomed Seth Rogen and Jay Baruchel to heaven in This Is the End and played in Lovelace as Amanda Seyfried’s character first learned her special talent.

Greenbaum spoke on the phone from his home in Northern California about the history of “Spirit in the Sky” and the surprising ways the song has maintained its cultural impact.

I’m sure you’ve told this story hundreds of times, but can you explain the origins of “Spirit in the Sky”?

Click here for all of our interviews with fascinating people from the worlds of sports and pop culture.
I was living in L.A. and all my life I had listened to every type of music I could, except opera or classical. Anything else, I was always interested in at least knowing something about it. Even though I was far from being a country artist, I kind of got into watching Porter Wagoner. He had a TV show [The Porter Wagoner Show] at the time. He looked cool — he had the big pompadour, slicked-back hair, and wore clothes from Nudie’s [Rodeo Tailor] in the Valley. I liked his songs and his demeanor. Partway into his show he would do a gospel song and this idea hit me: Maybe that’s what I need to do. So I did. Country gospel is basically what I’m trying to say. I’m far from country in my musical approach, but that’s how the words came about.

How quickly did the song become a hit after you recorded it? When you played it for people, were they like, This is going to be a smash! or did it take a while for it to build?

I had a record contract with Reprise/Warner Bros. and we were making my first album. I had already made an album before that when I was a part of Dr. West’s Medicine Show and Junk Band. We were a jug band. We had an obscure hit called “The Eggplant That Ate Chicago.” So [Spirit in the Sky] wasn’t my first record, but it was my first record with different people. I was signed by Erik Jacobsen, who had produced the Lovin’ Spoonful. He had seen me play at the Troubadour and was interested in my writing and me as an artist.

We were doing the album and [“Spirit in the Sky”] was one of the songs. Warner Bros. wasn’t especially enamored by it at first and put out one or two other singles before it, which didn’t go anywhere. Finally they decided to put [“Spirit in the Sky”] out as a single a few months after the album was released. The album was released in October 1969, but the single came out in early 1970, It got quite a bit of airplay, especially in L.A. It was kind of staggering, and at that time, popular radio liked songs to be two-and-a-half minutes long, and this was four minutes long. So I was fighting a battle: The kid with the Jewish name, writing about Jesus in a four-minute song, and it had nothing to do with anything that was going on musically at the time.

When you said that it had nothing to do with anything else that was going on musically, do you mean sound-wise or content-wise?

Both, I think. Of course, I don’t know every song that was out at the time, but if you go back and look at the charts, it sounded real different.

Movies didn’t start using it until the mid-1980s. Was “Spirit in the Sky” still a presence on the radio, on oldies or classic rock stations, until that point?

There were a lot of dead years in there. It was put in a movie in 1987, and from then on, it went crazy. It’s been in 51 movies that I know of, it’s been in a couple dozen commercials, and it’s been included in many, many TV shows as part of an episode.

Are you the one who gives approval for its usage?

Erik Jacobsen, who produced it and published it and who still represents me in those areas, does the deals with the licensing of it. The companies, the corporations, or the big advertising agencies call and say they’re interested in licensing the song. If it sounds reasonable, we go ahead with it.

Do you remember the first time someone approached you guys?

It was in a movie called Maid to Order with Ally Sheedy. It was quite a thrill. I don’t think that was a real good movie, but man, after that … It started to get a lot of airplay on oldies stations. I guess it was old enough, I don’t know. To this day it’s in everyday rotation.

Do you have a favorite movie or TV show that it’s appeared in?

I watched the trailer of Guardians of the Galaxy the other day and last night and it gave me the shivers all over again. It’s still vital. A favorite? I would say Apollo 13, when they’re playing it on the old Sony Walkman. It was floating there and playing. I thought that was just great.

If I remember the scene correctly, the astronauts are broadcasting back to Earth at that point. Is that historically accurate in any way, or is that just a construction for the film?

You hear these horror stories of musicians who when they were young signed away all their publishing, but you still make money off the song?

Oh yeah. I’ve had a great relationship with my people on this one.

So you lucked out?

Well, compared to the ones who signed some shady contract, yeah.

When something like the Guardians of the Galaxy trailer hits or when This Is the End came out last year, do you see spikes in sales and downloads?

I don’t keep track of the actual numbers of downloads, so I don’t know how to answer that. I know that we get a check a couple of times a year for all those downloads, and it’s significant for an old song.

Do you get more people emailing you?

People email me all the time. One thing that’s happened that is quite interesting is that the baby boomers have started to die and the song is now being played at funerals. People write to me almost everyday, telling me that when they die, they’re making sure their kid plays it. Or they’re going to die, they know it, and they’ve made arrangements. Or the kids write and say that it was the last wish of their mom or dad, and they did it, and it went over well even though they thought it might irritate some people.

Is it weird or heavy for you, that this song that you wrote as a stylistic exercise has now taken on such a strong link to actual death?

When people write to me about it, it’s hard for me to write back, “I’m sorry for your loss, but I’m happy my song was part of it.” That’s a little weird. I’ve never found the correct words. I don’t know if I want to be quoted on this one, but I think I’m up there with “Danny Boy” at funerals, you know? It’s a strange, good feeling. It’s interesting that it’s there and that it’s become useful. I mean who would have known? I was just after a hit. I had it, then I became a one-hit wonder and I couldn’t produce something else that was significant to all the people you have to provide music for, then all a sudden it takes on a life of its own without any prodding, pushing, advertising, management connections, or anything else. It’s a great feeling for me. I’m able to sustain — not a rich lifestyle, but I get along.