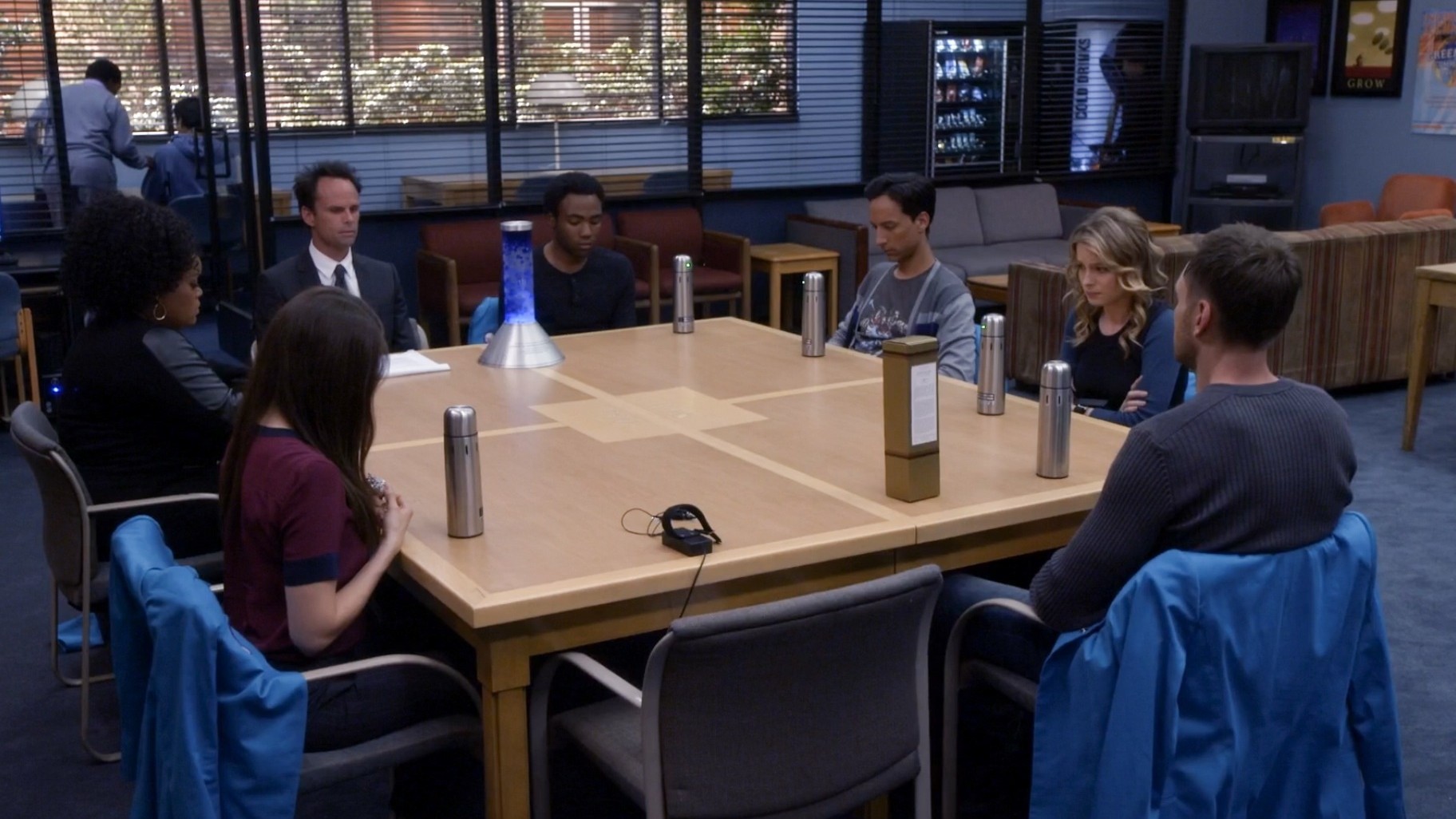 Twenty days ago, Community was put to sleep. It was a sad day for the #sixseasonsandamovie crew, and an all right time to see things end for those who, like creator Dan Harmon, felt that the awesome cult show had probably run its awesome-cult-show course. One key Harmon sentiment in a post acknowledging the not-entirely-luscious prospect of Community getting reanimated somewhere other than NBC: “That’s the best we can do for now. Ninety seven episodes. Over eighty pretty good ones. Mission accomplished.” Andy Greenwald felt similarly: “I understand the desire to pound on Community’s chest in hopes of a miracle, but sometimes it’s best to give the dead some dignity.”

But now we’re officially in the Is Greendale Really Dead? zone, with Deadline reporting that Hulu and Community producer Sony Pictures TV are in talks for more episodes. “Sources stress that conversations are preliminary and it is unclear whether they would lead to a deal, but I hear there is will on both sides.” Deadline notes that Hulu Plus is in the middle of “an aggressive expansion” into original content and that 6 million subscribers could certainly warrant something like a Community purchase. (Season 5 averaged 3.8 million viewers.)

Sources tell EW and Vulture that the talks are centering on a 13-episode, final season. “Now, before anyone goes out and gets a Hulu subscription, note that there is a huge difference between ‘conversations’ and ‘negotiations,'” Vulture writes. “The latter implies a deal could be imminent, while the former means that both sides are open to the idea and are trying to see if it makes financial sense. Plenty of dead TV shows have been the subject of ‘conversations’ about being revived at another network or streaming service.” Some of them (The Killing, Arrested Development) have been brought back at Netflix, while others, like Fox’s dino drama Terra Nova, were batted around before being abandoned.

In his long, frank postmortem, Dan Harmon wrote that he initially found himself “in the ‘eh’ column” when it came to more Community. But: “I’ll heat up. I said ‘eh’ on a Friday afternoon, I will change it to a ‘sure, let’s talk’ on Monday morning and Sony can do their thing. I’m not going to be the guy that recancels cancelled Community.” And then he said “I’m scared to tell you how little a difference I think my enthusiasm will make,” so who knows anything. If Harmon can get to a place where he wants to do it and has ideas, then sure, why not? If things start to look like the sequel to Season 4, let’s leave the corpse underground.

Q&A: Norman Greenbaum Explains Why You’ll Never Stop Hearing His Song 'Spirit in the Sky' in Trailers Like 'Guardians of the Galaxy'