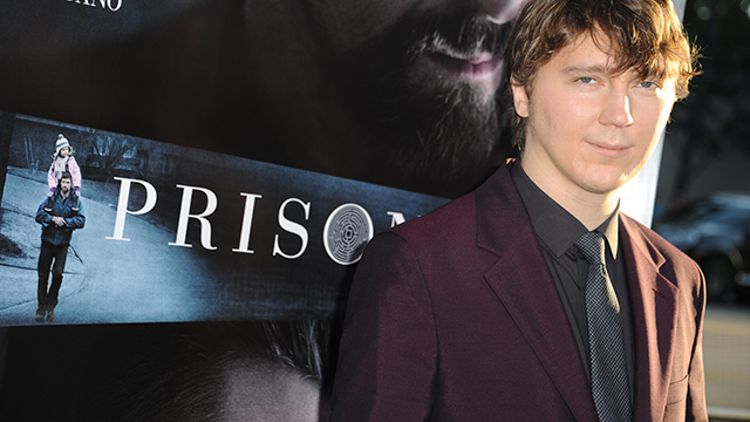 Prisoners opened this weekend, winning the box office with $21.4 million thanks to the combined Serious Actor faces of Hugh Jackman and Jake Gyllenhaal, unless it was Paul Dano’s presence that did it. (Can it have been Paul Dano? Even if IMDb lists him seventh in the cast after heavyweights like Viola Davis and Melissa Leo? $21.4 million worth of people making plans, getting babysitters, buying popcorn, all to see Paul Dano — it’s just a heartening image.)

“Warner Bros. has carved out a somewhat consistent early fall niche for opening overtly adult thrillers to over/under $20 million with leggy runs,” Forbes writes, going on to compare Prisoners to two respectable Ben Affleck flicks (The Town, $23.8 million, September 2010; Argo, $19.5 million, October 2012, eventual Oscar winner) and Steven Soderbergh’s Contagion ($22.4 million, September 2011). This is Gyllenhaal’s strongest opening since 2010’s Prince of Persia: The Sands of Time; Jackman’s The Wolverine blew the doors off with a $53.1 million opening after a long summer of superhero antics, but Les Mis opened with a pretty Prisoners-comparable $27.3 million.

The late James Gandolfini’s penultimate film, the Julia Louis-Dreyfus rom-com Enough Said, did marvelously, earning $240,000 on four screens. “The average gives Enough Said bragging rights as one of the year’s best specialty openers,” Deadline writes, adding that Blue Jasmine, Spring Breakers, and The Place Beyond the Pines all did better, but whatever — go Gandolfini go! (He, totally will, too — he’ll go right to your nearest cinema very shortly, and you can finally mourn the man alongside some fellow theatergoers. Kleenex all over the place.) Also on the limited release front, Ron Howard and Chris Hemsworth’s F1 racing drama Rush earned $200,000 over five screens. That’s a movie you’ll have lots of opportunities to see soon, too. Kleenex not so mandatory, presumably.

Insidious: Chapter 2, which rocked the coffers last weekend by opening at $41 million, fell to no. 2 with $14.5 million. The very starry, very silly The Family dropped 50 percent, making just $7 million in its second weekend. Robert De Niro, Michelle Pfeiffer, and Tommy Lee Jones have already forcibly forgotten what The Family is. Instructions Not Included, the feature debut from Mexican actor and sometime Mexican TV director Eugenio Derbez, kept motoring, adding $5.7 million to edge just past $34 million total. Go Eugenio Derbez go! Twerking into no. 5 was Battle of the Year; when you realize multiple places are calling it the “Chris Brown 3-D dance movie,” you kinda get why it only made $5 million. (Bonus, per Forbes: it’s “among the lowest-grossing wide releases of the year.”)