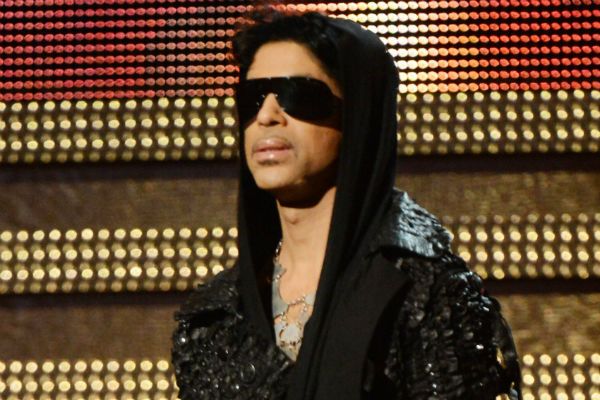 Have you always thought you’d enjoy the dance floor–filling, life-affirming, crackling synth-stomp blasts of Prince’s “Let’s Go Crazy” a little bit more if our dude had just, you know, vibed out a bit on the track? Good news for you! For as-yet-unexplained reasons, Prince has released a “reloaded” version of “Let’s Go Crazy” with his recently formed backup band, 3rdEyeGirl, that makes over the song as a drudgy molasses freak-out jam.

It’s a precursor to the full-fledged 3rdEyeGirl Live Out Loud tour, which kicks off in Vancouver in a few weeks and wraps up in Skanderborg, Denmark’s Smuckfest in August. Ah, Smuckfest in summertime.

How else is Prince spending his time these days? Oh, you know, threatening to sue Vine. Twitter’s video-snippet-sharing site may yet be a fledgling enterprise, occupied mainly by artsy drunk people, Riff Raff, and the Hebrew Hammer, but the famously content-controlling, internet-averse Prince isn’t having it. After sending out a copyright infringement warning, Prince got Vine to take down eight videos — which, per Vine rules, are six seconds apiece, for a grand total of 48 seconds of air time — that featured “unauthorized recordings” and “unauthorized synchronizations” involving, in some undefined way, the music of the artist currently known as Prince. As CNET explains, “A Twitter spokesman said the company doesn’t comment on individual accounts for privacy and security reasons. Instead, he pointed to Twitter’s copyright policy, which also applies to Vine: ‘If we decide to remove or disable access to the material, we will notify the affected user(s) after removing or disabling access to the material, provide them with access to the reporter’s complaint along with instructions on how to file a counter-notice.'”