Paisley Overground: Prince’s Best Pop Record in a Decade Is Hiding on Tidal 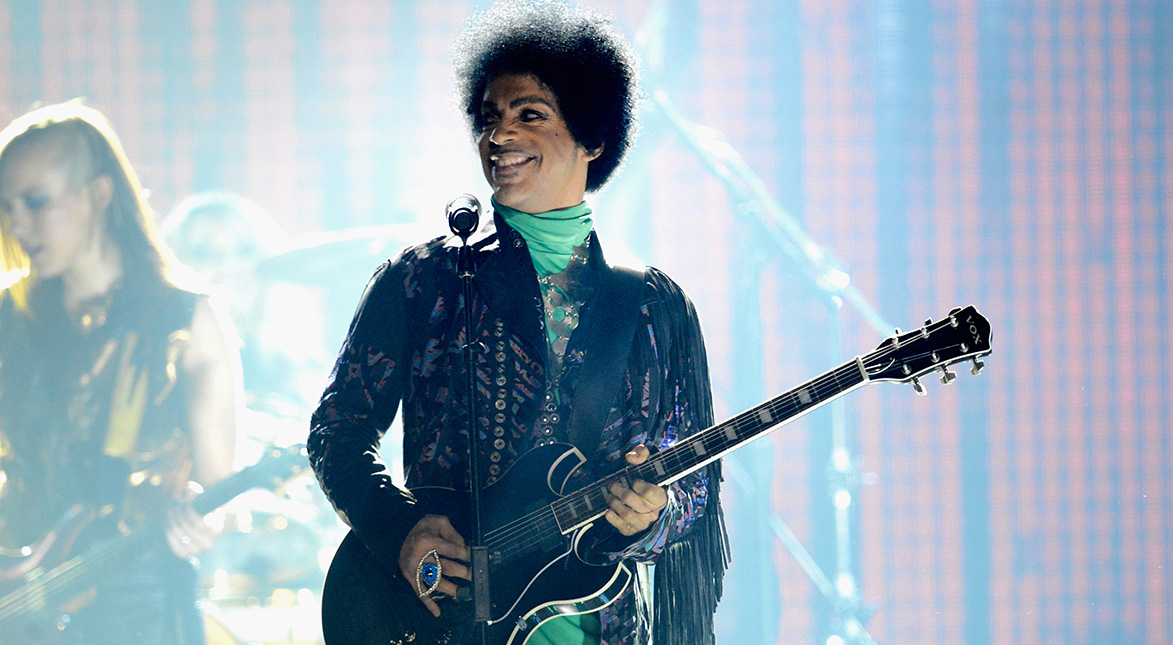 When he is an old man he will wear purple, or he won’t, and he will waste not one second of thought on the question of what it is we want from him. But until then, Prince Rogers Nelson, the Joyce Carol Oates of the funk, remains obligated to at least occasionally acknowledge the existence of casual Prince fans by putting out records like this one, HITNRUN Phase One, on which he’ll role-play as someone who cares about currency and concision if that’s what turns you on. And for what it’s worth, the dizzying, frustrating Prolix Prince period — an era of countless new Prince albums that expressly weren’t the new Prince album, of triple-live-yawnzo talk-show-jazz odysseys and fan-club-only curios and CDs delivered glued to the Daily Mirror, among other cockamamie outside-the-system distribution schemes — has been over for a while now. The tight and bright Art Official Age from 2014 was his first new product since 2010’s limp 20Ten, and you got the sense he’d turned a page, even if he couldn’t resist competing with himself in the marketplace by putting out a drab hard-rock album credited to his all-female touring band, 3RDEYEGIRL, on the same day. To wish for a Prince who doesn’t test us at least a little is to miss the whole point of Prince.

Maybe most crucially, Art Official credited Joshua Welton as co-producer, the first time Prince has shared that job since he persuaded Lenny Waronker to let him self-produce For You in 1978. For years, Prince fans have kicked around the question of whether it would behoove him to accept the input of true collaborators — a Questlove, a Pharrell, a The-Dream, a Devonte Hynes, a Deep Cotton, or any other acolyte who might steer him away from boilerplate and back toward the True Purple Light. Even speaking as someone who has A&R’d more than a few fan-fictional Prince comeback records in my head over the years, this scenario also seems founded on a willful misunderstanding of the man’s whole deal; something tells me he’d sooner wear flats to an awards show than let himself be second-guessed, even by another visionary. The 25-year-old Welton — whose previous claim to fame was a reality-TV-documented stint with BET trivia questions Fatty Koo and whose wife, Hannah, is 3RDEYEGIRL’s drummer — probably owes him too much to ever become the Rick Rubin–style sensei that essentialist Prince fans have been pining for, and that’s probably why he got the job. But his presence clearly brought some fresh air into the room, and Art Official turned out to be a surprisingly focused testament to just how much pop life Prince has left in him.

HITNRUN Phase One — Prince’s first record since declaring the Internet dead and then relocating his streaming presence to Jay Z’s gated artists’ community, Tidal — might be even better. We open, on “MILLION $ SHOW,” with a robot promising not to hurt us and a coy sample of the “Dearly beloved … ” speech from “Let’s Go Crazy.” But the “Mind if I turn on the radio?” bit from “The Ballad of Dorothy Parker” would have set the tone almost as well; this is the most sounds-o-the-times Prince album in forever, elastic R&B dialed in to EDM, the bleeps and buzzes of contemporary club-rap, and the industrial lurch of Yeezus. (Prince has been pitch-shifting his voice up and down for decades, but I swear I can even hear a subtle whisper of Auto-Tune here and there, like a touch of Botox at a starlet’s brow.) But it feels weird and backhanded to congratulate Prince for successfully assimilating the dominant electronic textures of one of recent history’s more notably Prince-indebted pop moments, just like it would be silly to praise Martin Scorsese’s next bravura tracking shot as an homage to Cary Fukunaga.

What’s important isn’t the degree to which the minimal basic track for “HARDROCKLOVER” apes Kanye’s “Amazing,” but the sly way Prince slips in and out of the music’s constraints, monotoning “Ain’t no rapper tryna be a singer / I’ma make her moan” before plugging in his guitar and hosing the room down with napalm. And while the world could probably have gotten by just fine without a reworking of the Art Official highlight “This Could B Us” that adds pensive dubstep woob-woobs, there’s something thrilling about hearing Prince glide over the clamor for two minutes before grabbing the controls for an extended instrumental vamp that threads the needle between Drake’s “Shut It Down” and Funkadelic’s “Good Thoughts, Bad Thoughts.” Time and again, it’s as if you’re watching a 57-year-old escape artist calmly assess a trap he’s never been in before, then somehow cough up the key.

And if one of the few new things we learn about Prince is that his favorite Stankonia deep cut is “Xplosion” (or so I hear, when the harpsichords kick in on “Ain’t About to Stop”) — well, look, to want something more personal than that is unrealistic, too. He’s been an inscrutable (glyphlike?) protagonist on his own records for years — a charismatic host who gets the party jumping and slips away before it’s over, having revealed nothing about himself. (Except his oft-reiterated belief that “dead blood kills interferons,” a longstanding platform issue for our hero, whose Jehovah’s Witness faith prohibits transfusions.) So the most interesting note HITNRUN hits is the one it ends on. Earlier, on the weird boast song “X’s Face,” there’s a rap about how black don’t crack and beige don’t age, but on the spare, cryptic closer “June,” named for a certain Artist’s birth month, Prince puts a pot of pasta water on the stove, asks an anonymous halfway-out-the-door love-object some unanswerable questions (“Why did you come to this planet? … What did you have for lunch today?”), watches a Richie Havens record spin on the stereo, and admits he sometimes feels he should have been born earlier, “on the Woodstock stage.”

The artist that the stream of his consciousness most brings to mind here is, I swear, Lil B’s on Rain in England. He sings about waiting, maybe about a life of waiting, and you’re not sure he knows for what. How did it get so late? When did it get so cold? “Somebody famous had a birthday today,” he sings. “All I saw was another full moon.” Then the pasta starts to boil over, and the song ends and he’s gone, having been more present here for the last three minutes than he’s been for the previous 34. I was sad to leave his internal monologue; I assume his reluctance to be bogged down by linear time and his own words will prevent him from ever writing his version of Dylan’s Chronicles, and I understand that Prince wouldn’t be Prince if he talked to us like we were his friends (because he’s not our friend — he is someone we will never comprehend). But I promise to pony up for a paid Tidal subscription if he’ll agree to host an extemporaneous podcast once every new moon.

Colbert Report: The Debut of the New 'Late Show'