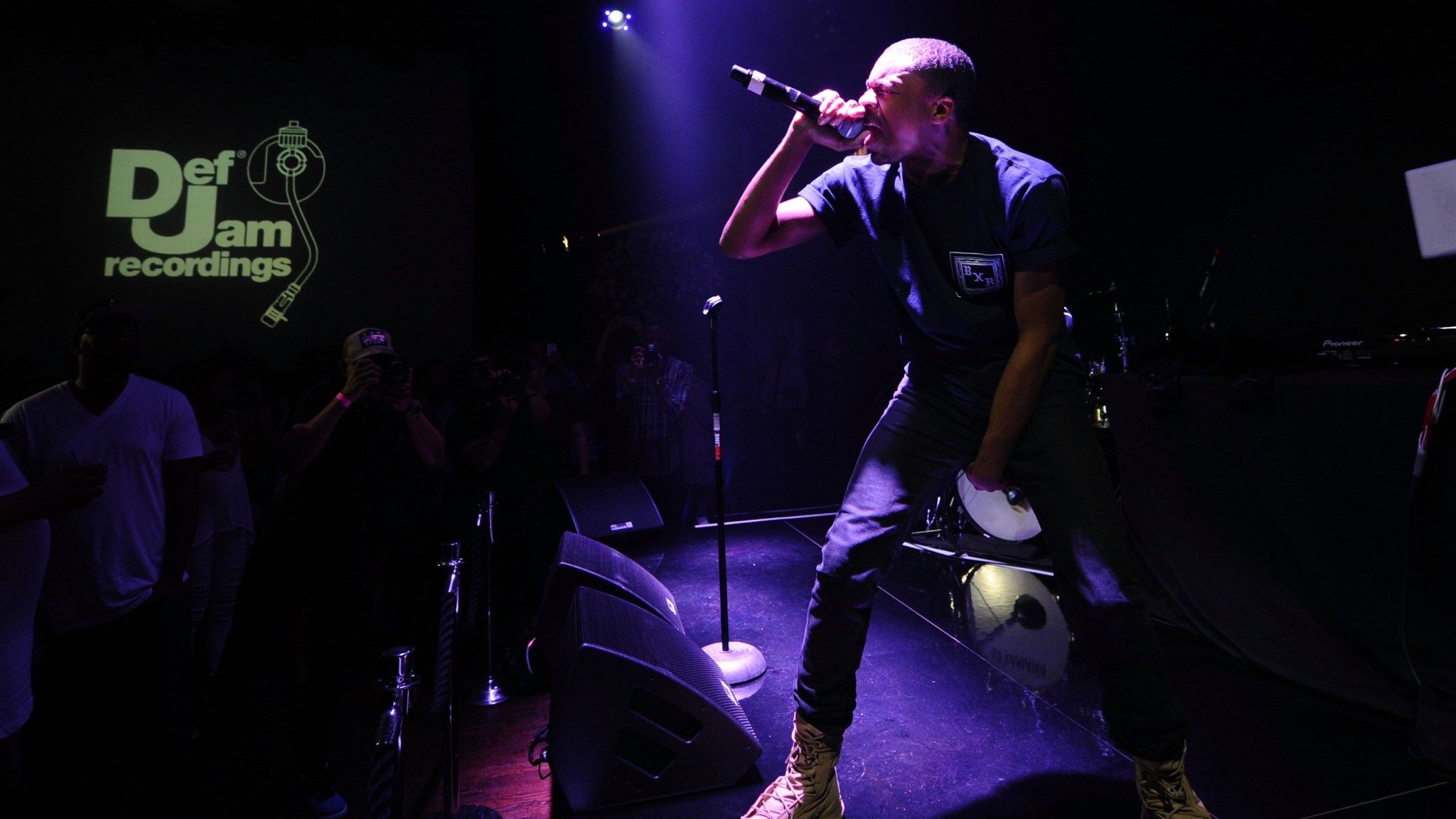 I don’t know who gave Vince Staples an actual budget, but good on you. The young man from Long Beach — whose official, much-desired debut, Summertime ’06, hits June 30 — has spent it wisely, shepherding himself a little vision of a nightmare of a not-all-that-unfamiliar alternate reality. A sweaty cop in riot gear ogles a bereft gathering with great trepidation while faceless automated snipers take aim from above; bodies lay in the street, maybe a simulacrum of death or maybe the real thing. Also, some dude has a sick wormhole in his duster?! Vince throws a bunch of stuff at the wall, and the result is a rare, genuine eeriness.

Last we heard from the latter-day rabble-rouser Mark Kozelek — a.k.a. Sun Kil Moon, a.k.a. Red House Painters, a.k.a. Firs Talk Too1 — he was telling the War on Drugs to, uhhhh, you know, suck his cock. In response, the dudes in Drugs mostly just laid back and walked the high road, rightfully befuddled by a conflict whose seeds lay in the most trivial of incidents. And once again, we learned a valuable lesson: Walking the high road isn’t nearly as fun as telling someone their music sounds like beer commercial rock. And goddamn if that wasn’t a catchy tune! “War on Drugs, suck my cock! / War on Drugs, beer commercial rock!”

As Pitchfork points out, the name Snooty Garbagemen comes from a Simpsons joke:

Homer: Good news, everyone! I got in a fight with the garbagemen and they’re cutting off our service!
Marge: Oh, lord, now what are we going to do? Just let the trash pile up?
Homer: Hey, I’d rather live in a dump than in a world run by snooty garbagemen.

It’s a good thing these guys shred, then. A name that genius comes with some lofty expectations.

With a cockeyed nod to Earth Girls Are Easy, the forever icon Britney Spears teams up with the forever lambasted (but rich, so don’t feel bad) Iggy Azalea. An important note, via Defamer: “Apparently, Spears had no idea why she was asked to sing those lyrics [“Don’t you know that it’s always the same? / From Australia ’round to L.A.”] because she said later in an interview of her duet partner, ‘I think she’s Australian?’” Now do these two have chemistry, or what?!

The Glaswegian Ross Birchard — known to the world as Hudson Mohawke — actually released his first album, Butter, in 2009. But that was before he teamed up with Lunice in the all-shattering TNGHT, and that was before Yeezus funneled large chunks of his sound (with his cooperation) for Yeezus. Now he’s stepping out solo again with Lantern, and its trippy, pretty lead single “Very First Breath.” And goddamn if this shit don’t bang.

At some point in the decade-plus since Desaparecidos’s blistering first album, Read Music/Speak Spanish, its brand of blunt rock politics — anti-corporate-America screeds screamed and stripped, gloriously, of any and all nuance — lost favor. But with the TV news terrifying us daily with images of armed police, the timing is actually pretty perfect for these dudes to come back and scream at the sheeple some more. Tie that bandanna on, my friend — we’re throwing Molotov cocktails at the anti–World Bank treaty tonight.

Above, we have Prince’s ode to Freddie Gray, the young man whose death in custody of police on April 12 led to protests and marches in the city of Baltimore and the continued, heart-wrenching questioning of the way our police treats our black citizens. Also above, we have Miley Cyrus, Joan Jett, and Against Me!’s Laura Jane Grace’s covering the Replacements’ lovely “Androgynous” in support of Cyrus’s Happy Hippie Foundation, which acts in support of homeless and LGBT youth. And all that these tracks have in common are performers strong enough to express outrage and to engage peacefully and to act with the courage of their convictions. Good on you all.