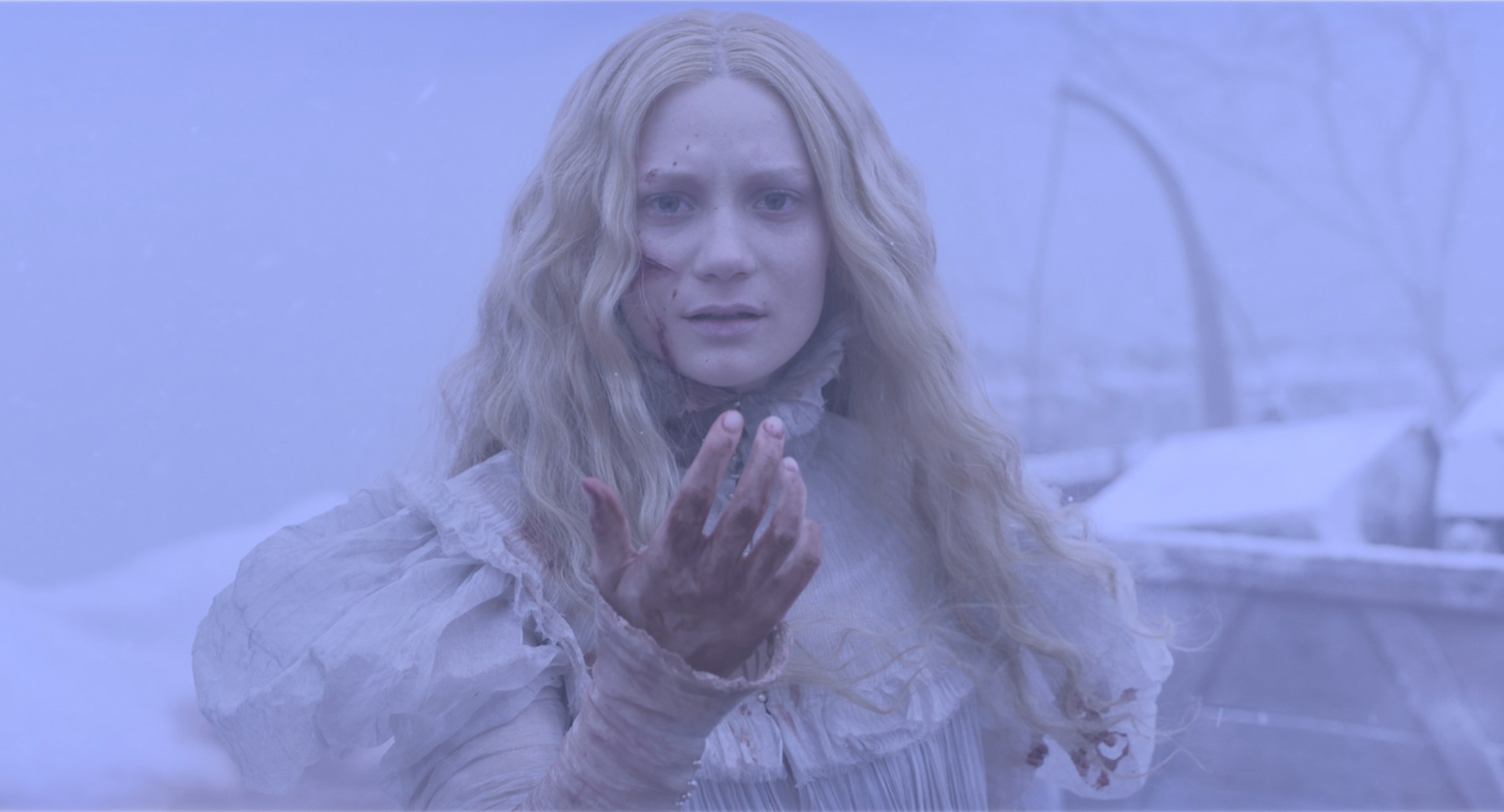 Rembert Browne: Last we spoke — June 7, 2013 — we were praising what would surely become a hit, the Aubrey Plaza–led The To Do List. How could a film with Plaza, Donald Glover, Connie Britton, and Bill Hader not make every other film tuck their whole summer in? CLASSIC TRAILERS OF THE WEEK. CLASSIC.

Dan Silver: Rem, all I want to do right now is hyperlink to a video of Tony Stark proclaiming, “It’s good to be back.”

Browne: You know we can do that, right? Embed, even.

Silver: We’re not really back, though. We’re just visiting. And even visiting is too loose a term. I think we’re more forcing this on Mark Lisanti, and subsequently the Grantland faithful, as a one-and-done act of pure selfishness.

Browne: Remembering the past is tite.

Silver: Guillermo, Loki, Chastain, Wasikowska, Jax Teller, foreboding ornate production design, and ghosts. I have a raging nerder for this movie. Simple. What else needs to be said?

Browne: One of the rudest things about dumb horror films is that they’ve ruined the idea of living in a big house. I’m destined to reside in a studio apartment for the rest of my life, because humanity has been led to believe these mansions are always filled with ghouls, and that in every room exists the hidden haunted remains of some old white man, likely killed by an older white man.

Silver: Knowing how squirmy and scared Rem is going to be watching this fills me with great pleasure.

Browne: I genuinely think this could become a comedy classic, if it’s the first comedy you ever see.

Silver: This revival of Vacation is the penultimate example of “I get it, but why?” I appreciate the self-referential and meta quality alluded to in the trailer, but what the young Griswold kid says is right: The majority of the audience this film is chasing have never heard of the original Vacation movie. And the folks who have are more likely to see this film when it hits their VOD or cable service, because they’re too tired from their own metaphysical journeys to Wally World. (Better known as just living life.)

So again, why? Well, it’s always nice to throw work Ed Helms’s way. He’s a funny guy, who, at least for me, works best when his character has a latent dark side (see Cedar Rapids and The Hangover Part II). The hope is that the blasé references to rim jobs and glory holes are indications that Rusty Griswold has a little freak in him.

But again, why? The hope — the sincere hope — is that the answer is, because it’s funny. New Line shifting the film from October 2015 to the heart of the summer movie season is a good sign. And the rest of the cast is immensely watchable. Even Chevy Chase, who looks like he’s been sitting in cryostasis since his ousting from Community simply waiting for this reboot to become a reality.

Oh, and who would I be if I didn’t note the impending arrival of Stone Crandall. Let it be known, let it be so.

Into the Grizzly Maze (June 26)

Browne: I hope this isn’t rude, but — much like Crimson Peak — I don’t really care about this film because I’m not actively scared of the terror in this film. Two things I don’t spend much time thinking about: ghosts and bears. I’m good. Uber drivers that kidnap you and sell you for a livery medallion? That’s a scary movie.

Silver: Oh. My. God. This is amazing. Does Billy Bob Thornton actually say “This ain’t your average bear”? I mean, really? Is it safe to assume the filmmakers have dirt on every performer in this film, and that’s the only way they all agreed to be in it?

That said, I cannot wait to make some nachos, crack open a bottle of wine, and watch this bastard son of Jaws and Lake Placid when it drops on VOD.

Silver: All right, here’s what I want (and just add this to the list with the Neeson vs. Statham movie): I want the Magic Mike movies to turn into the next Fast & Furious franchise. It’s—

Browne: Sorry to interrupt, but this is the smartest thing you’ve ever said. Now keep going.

Silver: It’s a completely self-aware series of films that are designed for one thing and one thing only: to bombard audiences with off-the-wall antics served up by an enormously likable, multicultural cast. I mean, come on. Based on this trailer alone, the filmmakers are practically there. Everyone in this film looks like they’re dancing all the time (there’s just something summoning about Joe Manganiello sliding through that truck-stop store and humping the fridge). And when these folks aren’t dancing, they’re either speaking to throngs of people, or each other, as if male stripping is some kind of transformative cultural movement. It’s brilliant. This film is going to be brilliant. And let’s all thank the filmmakers Lord and Miller for gifting us THIS version of Channing Tatum. I’m a fan. Oh, and who would I be if I didn’t note the imminent (and welcome) return of Andie MacDowell? Let it be known, let it be so.

Silver: As a fan of “stuff,” I place way too much artificial significance, specifically as it pertains to a halo effect, on arbitrary connections and lineages. For example, even though The Shield was a stellar TV show, I viewed it — and subsequently creator/showrunner Shawn Ryan — as more significant when David Mamet directed an episode. Another example: changing my stance on Jake Gyllenhaal (who I now believe to be one of the best actors working today) after Duncan Jones cast him in Source Code. Maybe Mamet needed the work. Maybe Gyllenhaal was the only guy willing to say “yes.” But through my geek goggles, I believe that these decisions are quality stamps of approval. “If I like these two things/guys equally but separately, and one of the guys thinks this other guy/thing is good, then so should I.” It’s a mentality that’s far from reality, but it’s certainly helped me remain childish in my enthusiasm for entertainment and enjoy some movies/TV shows that unjustly get ignored. (I’m looking at you Efron, Teller, B. Jordan, Poots, Davis, and That Awkward Moment. Will love ya forever.)

Browne: Did you watch the trailer, Dan?

Silver: The point is, how … seriously, HOW … could I not assume that Absolutely Anything will be one of the most noteworthy comedies of all time? Take note that I did not say “best”; I said “noteworthy.” This is the golden goose of the lineage-approval halo. Python to Williams to Pegg. Three generations of comedy legends in one movie.

My first thought after seeing this trailer was, Oh, well, I’m sure Pegg just did this film blindly. I don’t know Pegg at all, and this might actually be true. As my time writing for this site has proven, I could possibly be his no. 1 fan. And as such, I just assume he’s like me. So when Terry Jones (founding Python) calls and asks you to be in a film he’s written and directed that will feature the voices of all living Pythons (RIP Graham) and Robin Williams, you just indiscriminately say “yes.” And that’s what I’m sticking with.

Browne: Say what you will, but Absolutely Anything really could have used some Kevin Hart.