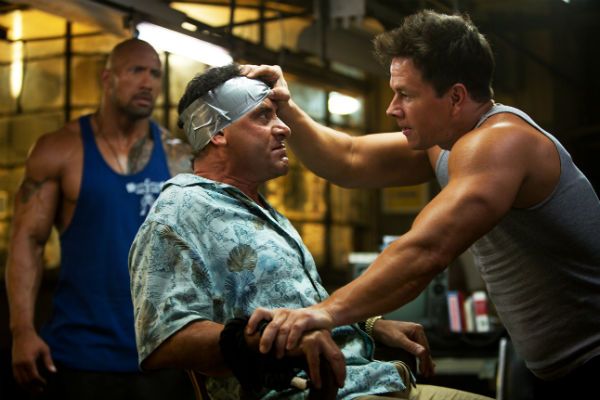 But exactly how generous was the neoprene-vagina-and-nipple-clamp budget? Take a moment to formulate a guess. Ready? The answer follows, courtesy of a Bay interview with The Daily Beast:

We bought $75,000 worth of sex toys to stock the sex-toy warehouse. I could have filmed the crew coming in that day because they’d stop and see these things — anatomically correct vajayjays and this butt (everyone would touch the butt because it felt real) — and it was hysterical. We were going to return all the sex toys to get three-quarters of our money back, but they started disappearing. We were like, “Who is taking the sex toys?”

While probably the financially responsible thing for a movie watching its bottom line, the 75-percent-dildo-rebate plan seems like a missed opportunity to do something special for everyone who worked on the production. Hopefully the sex-toy thieves were one step ahead of their penny-pinching director here, and each crew member got a Fleshlight emblazoned with Bay’s smirking likeness as a wrap gift. Seventy-five thousand dollars is a small price to pay for that kind of heartfelt souvenir of their time together.

Beyonce's Alleged Tour Rider Is a Little Crazy, But Hasn't She Earned Her Titanium Straws and Magic Toilet Paper?