Beyonce’s Alleged Tour Rider Is a Little Crazy, But Hasn’t She Earned Her Titanium Straws and Magic Toilet Paper? 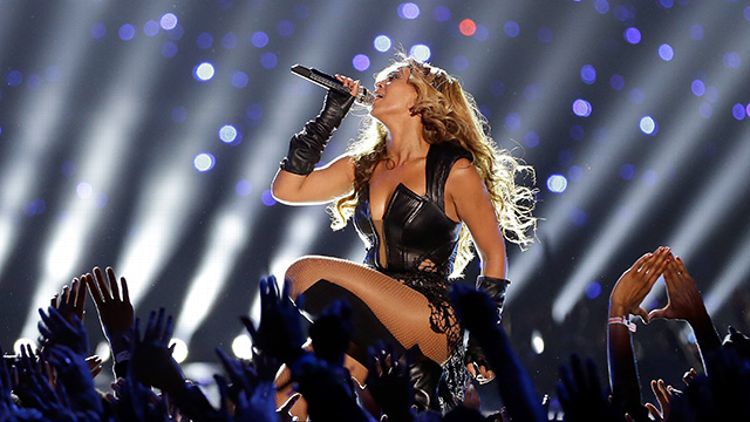 Demanding. Ruthless. Irrational. That’s what my friends and family have had to deal with for years.

“No phone calls between 2 a.m. to 5 a.m. … I must have uninterrupted dream and nightmare time.”

“If you’re going to borrow one of my shirts, don’t you DARE bring it back covered in ketchup.”

“If you walk into my house, you’re only allowed to use adverbs.”

“I’ll give you my Social Security number once, but if you forget it, I’m not telling you again.”

I know I’m unbearable, but I also have to be this way if I want to succeed. The same can be said for another diva, Beyoncé Knowles.

The rumor mill of probable truth erupted this morning, with talks of her tour rider leaking to the press by way of an “insider” who lacks loyalty to the BeyHive and should be ashamed of himself, prosecuted, and brought to justice in the court of BeyHive. Whoever is responsible for this leak is in clear violation of the Beyoncé-penned “Golden Rule” of the Hive:

“We protect our own. We are all beautiful. One Bey should never turn on another. We defend each other. Let love & respect guide you and always be good to each other. Follow the golden rule Beys!”

What a sad day for the Hive.

Having said that, there are some things you simply can’t unsee, and Beyoncé’s alleged tour demands are most certainly one of those things. Yes, they’re insane, and easily mockable, but if you understand where she’s coming from, it’s clear each of her demands is necessary to her success and world domination.

Yes, this seems like a lot of money for something that comes complimentary at most participating Arby’s. There has to be an explanation.

Well, this actually sounds worse. As someone with a long, positive history with plastic straws, I just can’t figure this one out, Beyoncé.

Now we’re getting somewhere. You know how plastic gets when it touches that special alkaline water. So the titanium makes sense. $900 worth, however, I still can’t figure out.

1d. “$900 of titanium drinking straws used to drink a special alkaline water to be served at exactly 21 degrees.”

And just like that, the riddle has been solved. To most, they’ll see that “21 degrees” and immediately jump to the conclusion of Celsius, since 21 degrees Celsius falls in the common range of room-temperature water.

Do you really think Beyoncé Knowles drinks room-temperature water? Did you even stop to think about that being 21 degrees Fahrenheit, a.k.a. -6 degrees Celsius? Did you?

OR WHAT ABOUT KELVIN?

Knowing Beyoncé, it’s probably Kelvin. 21 degrees Kelvin, a.k.a. three houses down from Absolute Zero. Do you understand why Beyoncé needs to behave like this now? Answer: She’s drinking Absolute Zero water. In my honest opinion, $900 doesn’t seem like enough.

2a. Everyone on her crew must wear only 100 percent cotton …

Do you understand how comfortab—

2b. Everyone on her crew must wear only 100 percent cotton, so Beyoncé doesn’t get an allergic reaction.

OK, so it is less about the personal comfort of her crew and more about Beyoncé. Call me crazy, but I think she’s earned that. Also, who wants a crew that has the freedom to wear wool tank tops everywhere? No one wants that, and YOU KNOW HOW CREWS ARE WHEN GIVEN WOOL TANK TOP PRIVILEGES.

3. A hand-carved ice ball to suck after every performance to cool her throat.

Of course. This is obvious. The real question is, “Are there singers out there not doing this?” All I do is type on a laptop, without a single interaction with a real human being, and even I have a guy in my apartment carving an ice ball set for 6 p.m. EST.

4a. Junk food is banned in favor of almonds, oatcakes, and crudités.

Good for Beyoncé. As a face of the “Let’s Move” campaign, this only seems appropriate.

4b. They must be served in glass platters.

No one should have a problem with this. It’s not like she demanded Swarovski crystal platters or something outrageous. These glass platters could be from Pier 1 Imports, for all we know.

4c. All of the crudités must be green.

5. Off-white walls in her dressing room.

You tell me she demanded “all white” walls and I begin to worry that Lady Bey needs an intervention. But “off-white” is completely appropriate. It’s not like she demanded all red walls or something.

6a. Will only use red toilet paper.

That’s it? Seems like there would be more to The Beyoncé Bathroom Experience.

6b. There’s a new toilet seat at every event.

What a feeling to know you’re the first person to ever sit on a toilet seat. And then, when things couldn’t get any more blessed, you get to “event” (the BeyHive term for “poop”) with the assistance of 2,500-thread-count red silk pajama Charmyoncé.