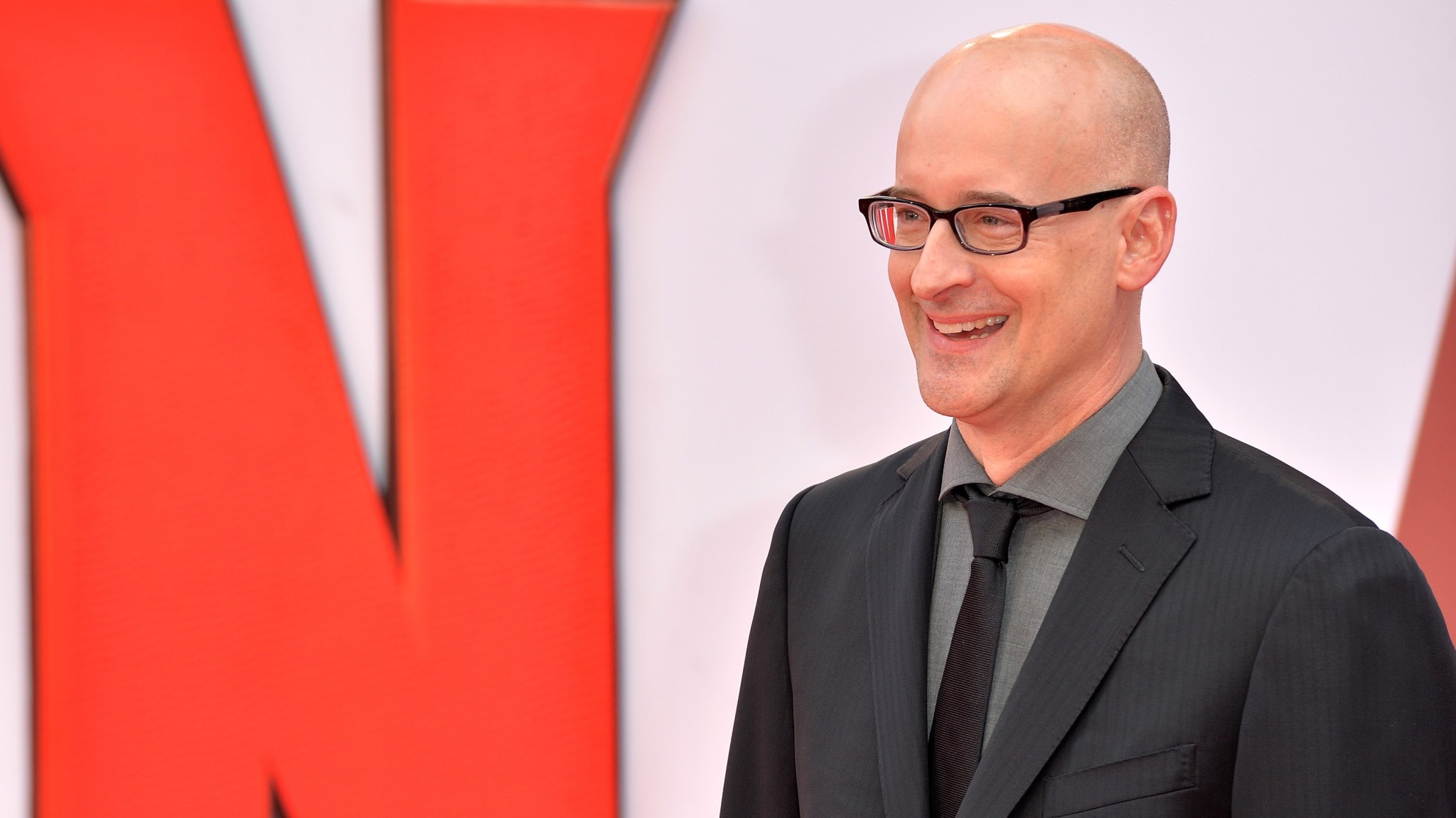 If he ever writes a memoir, director Peyton Reed jokes, he might call it Entertainment at Various Price Points: The Peyton Reed Story. Somewhere on the $130 million end of that spectrum (“Redacted,” Reed says, “but let’s say it’s a lot of money”) there’s his new movie Ant-Man, out next week, with Paul Rudd as Scott Lang, a rob-the-rich cat burglar who becomes an incredible shrinking Marvel superhero1 with help from Michael Douglas. Ant-Man is a big deal. (Ant-Man is also borderline-impossible to talk about without stepping in a pile of size puns. We’re sorry in advance.) Ant-Man is the reason Reed’s been here all day, swivel-fidgeting in an ergonomic chair in a PR firm’s afterlife-bright corner conference room high above Hollywood Boulevard, with a glass of water and a few increasingly unfresh breakfast pastries for sustenance.

$130 million is Coinstar money by Marvel standards — the smallest amount the studio’s spent on a film in years, $10 million less than the first Iron Man, even. Compared to Avengers: Age of Ultron ($250 million plus god only knows in marketing expenses), Ant-Man is practically a webisode. But on earth, $130 million still counts as a lot of money, and no one knows this better than Reed, whose fascinatingly all-over-the-place body of directorial work also includes “Package Thief,” a 1992 video for the fabled Chapel Hill indie-rock band Superchunk that cost $500, including pogo-dancing marionettes.

I suggest to Reed that this actually seems like a bargain.

“Well, I made all the puppets,” Reed says. “Another weird thing on my résumé.”

So you had marionette supplies, just, like, lying around?

“I ordered them,” Reed says with a long-story sigh. “We can go down a deep rabbit hole with this one, if you want.” (We sure do.) “OK. As a kid I did puppet shows. I was into hand puppets and marionettes, and there was a company when I was a kid called Hazelle Marionettes, based in Kansas.2 I had three of them that I got for birthday presents. And they’ve since become really collectible. When I made the Superchunk video, I tried to find out if Hazelle was still in business, and they weren’t. But when the factory closed in Kansas, all the puppet parts were transferred to the Greater Puppetry Guild in Wichita, Kansas. I told you we were going deep. And I contacted the woman who was the head of the Greater Puppetry Guild in Wichita, Kansas, and I was like, ‘I’m a big Hazelle fan,’ and I told her what I was doing, and she was like, ‘Yeah, I’ll send you some parts, how many do you need?’ So she sent me all these puppet parts, and then I went to the hobby shop, and there’s this thing called Super Sculpey, that’s like clay, and you sculpt it and you bake it. I made the band’s faces out of that and built the puppets. The whole thing cost $500.”

Ant-Man, on the other hand, is a CGI extravaganza in which cutting-edge “macrophotography” creates the illusion that a gnat-size Paul Rudd is running from a tsunami in a Grand Canyon–size bathtub. But according to Reed, the process wasn’t all that different. “Your ambition grows to fit the budget,” he says. “It’s all about trying to put something onscreen that’s weird and different and that people haven’t seen.”

Reed turned 51 on July 3. By 2015 franchise-filmmaker standards, he’s been kicking around a while. He’s from Raleigh, North Carolina. Saw the original Planet of the Apes as a kid and wanted to make movies from that moment on. First, though, there were other jobs. He drove a van on Bull Durham. Wrote the script for Universal Studios’ Back to the Future ride. Directed Monty Python’s Eric Idle in the filmed segments of the Disney attraction Honey, I Shrunk the Audience. (Shrinkage is also a through line here.) He directed “Package Thief” for Superchunk and videos for bands like the Connells and Sex Police, making-of documentaries about Forrest Gump and The Honeymooners, episodes of Mr. Show and the Upright Citizens Brigade TV show, the one and only season of Al Yankovic’s Saturday-morning CBS series The Weird Al Show, and reboots of The Love Bug and The Computer Wore Tennis Shoes for the Disney Channel.

His features, when he got to make some, were unashamed genre pieces made with more care and cleverness than the material would seem to require: the surprisingly morally complex cheer-com Bring It On, the surprisingly unironic Doris Day–Rock Hudson homage Down With Love, the surprisingly raw and painful Jennifer Aniston–Vince Vaughn vehicle The Break-Up. Unless you count the Fantastic Four movie he almost directed in the early ’00s — which morphed into the 2005 FF film that Tim Story directed — nothing in his filmography plays particularly like a practice swing at the superhero-film piñata. But Ant-Man is only circumstantially about superheroes, even if it happens to take place in the same universe as Thor. “At its core, it’s a heist movie,” the director says, and that’s accurate. From the moment Reed cuts a plan-comes-together montage to bongo-beating Roy Ayers suspense-funk pilfered from the Coffy soundtrack, it’s clear he’s after something more Ocean’s Eleven than Age of Ultron.

But the movie also manages to take a story in which a hero surfs the sewers on a raft made of telepathically enthralled ants and ground it in recognizable human emotions. It honors the inherent absurdity of Ant-Man as a character but steers judiciously away from low-road superhero spoof. It’s about guys in cybernetic body armor punching each other, but it’s also about dads locked out of their daughters’ lives, trying to get back in. It has its own tone, its own rhythms, and its own sense of scale. (The scenes in which Rudd practices jumping through a keyhole and gets into a fight inside a briefcase may not have been written as wry comments on the set-piece inflation endemic to blockbuster season, but after a few months of movies about leveled cities and dinosaur stampedes, they sure feel that way.) And maybe most importantly, Ant-Man never feels like a mere widget within the Mighty Marvel Master Plan, despite the usual post-credits teasers, a mid-story Avenger cameo that I won’t spoil (even though recent TV spots already have), and an expository prologue that feels practically stapled-on by the studio.

In that regard, things could have been worse. This wasn’t always Reed’s movie. Ant-Man was first announced in 2006, with Edgar Wright attached to cowrite (with longtime collaborator Joe Cornish) and direct. Jon Favreau’s Iron Man was still two years away, as was the dream of a synergized cinematic universe built around Marvel’s characters. There was no fixed notion of how a Marvel movie had to look or feel, or what larger cosmic-MacGuffin plotlines it needed to service; it seemed entirely plausible that if the guys who brought you Hot Fuzz and Shaun of the Dead had some fun ideas about how to bring a B-list Marvel hero like Ant-Man to the screen, Marvel would let them do it their way. But by the time Ant-Man finally went into preproduction seven years later, Marvel was a different company — a Disney-owned hit machine with 12 years’ worth of forthcoming movies already mapped out. When Wright quit the movie in May 2014, citing the usual creative differences, the assumption was that he’d refused to tamp down his movie’s quirks to make it into a more monetizable Avengers tie-in — and that whoever ended up taking over the project would do it for him. 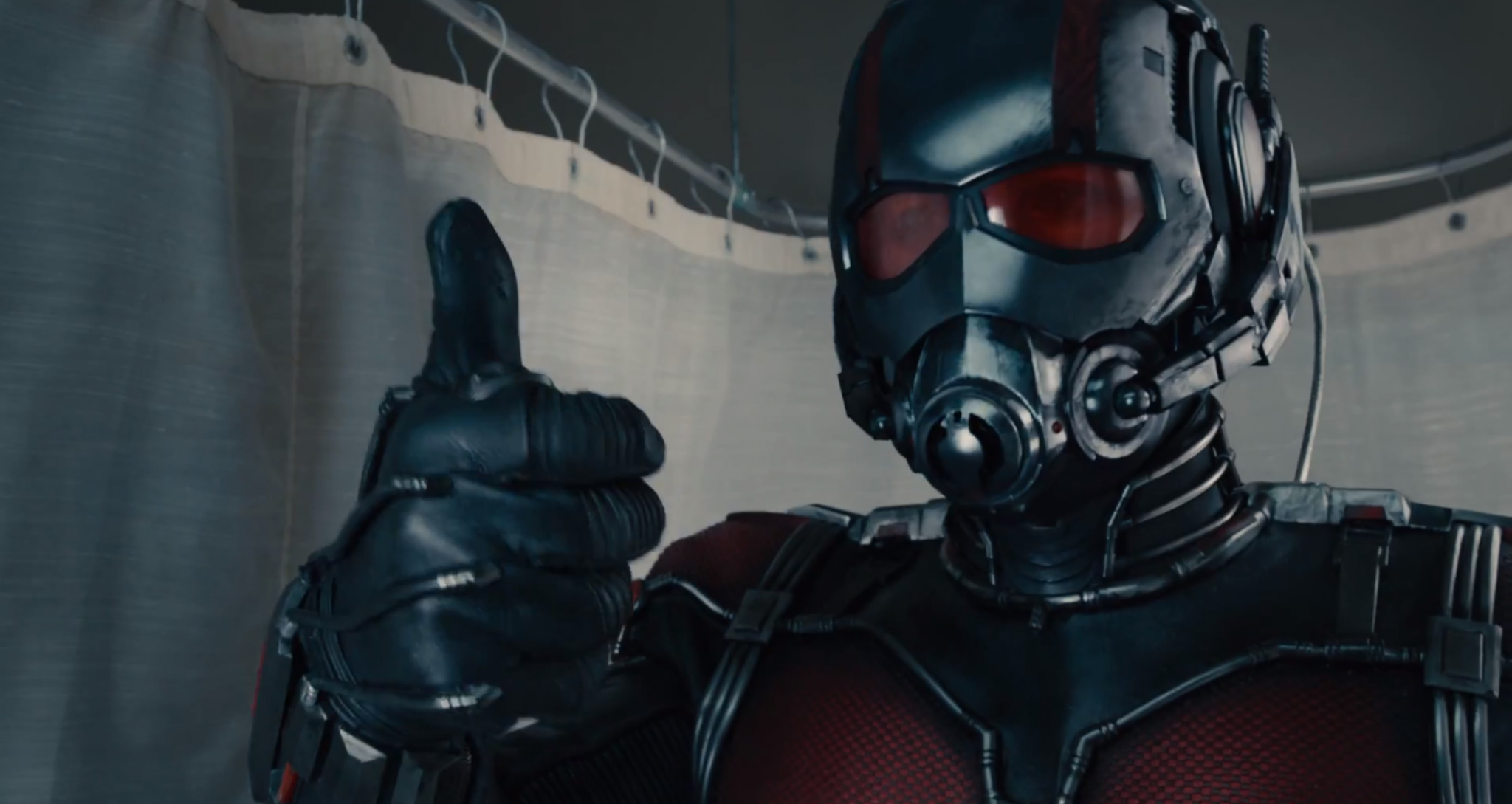 Reed, who came aboard as director about two weeks after Wright walked, is aware that his Ant-Man will inevitably be judged against the hypothetical Wright-directed version we never got to see — and that even people who like the movie may walk away from it assuming what they liked about it was the product of Wright’s vision, not Reed’s. “I suppose I don’t really care,” Reed says. “However the original Marvel-Edgar story was reported — that’s the easy version of the story. The filmmaker versus the corporate studio. You’d have to talk to Edgar [about that], because all that obviously preceded me. But I found, when I came in, that Marvel really wanted to maintain — and enhance — the eccentricity of the movie.”

Reed says the basic structure of the movie didn’t really change. It was always going to be a heist movie; it was always going to build to a climactic battle scene featuring two miniaturized characters duking it out among the toys in a little girl’s bedroom. But Reed and writer-director Adam McKay — who was briefly in the mix to direct Ant-Man after Wright’s departure and ended up reworking the script with Reed and Rudd — added new material from old Ant-Man and Avengers comics, including references to the Wasp and a side trip to the subatomic Quantum Realm. A crucial heist scene was reimagined with an eye toward building up “the MacGyveresque aspect” of Rudd’s character.

“I didn’t change anything just to change it,” Reed says. “But there were sequences that had been storyboarded and even pre-viz’d that just went away. A couple of them went away because they were maybe too reminiscent of stuff Marvel had already done, and then there were [sequences] that simply didn’t apply to the story we were telling now.”

And yes, OK, he kind of has to say things like this, but Reed says he was pleasantly surprised by the fluidity of the Marvel approach. “You could come up with a really crazy idea on Monday, sit down with the storyboard artist on Tuesday, go away and refine those, move to pre-viz, and it could all happen quickly because of the machinery they have in place,” he says. “That was a surprise to me — how liberating and how free-floating that could be. I’ve never experienced that on a movie before.” The company’s stable of visual-effects people “are all creatively hungry. They wanna do stuff that’s never been done before, and that’s liberating. It’s not about creating other worlds, y’know, Asgard, or giant cities falling out of the sky — it’s like, ‘This takes place here in this conference room, and he’s going to be running across the table.’ How do we make this thing that we see every day of our lives different? We get to view things from a radically different perspective, and that was really fun. We could do an entire chase sequence that takes place in my half-eaten croissant.”

Someone in the room politely suggests that this is a bad and gross idea.

“Well, that’s going to be in the sequel,” Reed says, “so get ready. Scone Wars!”