Mr. DNA: How Hollywood Tinkers With Evolution to Grow New Spielbergs in a Lab 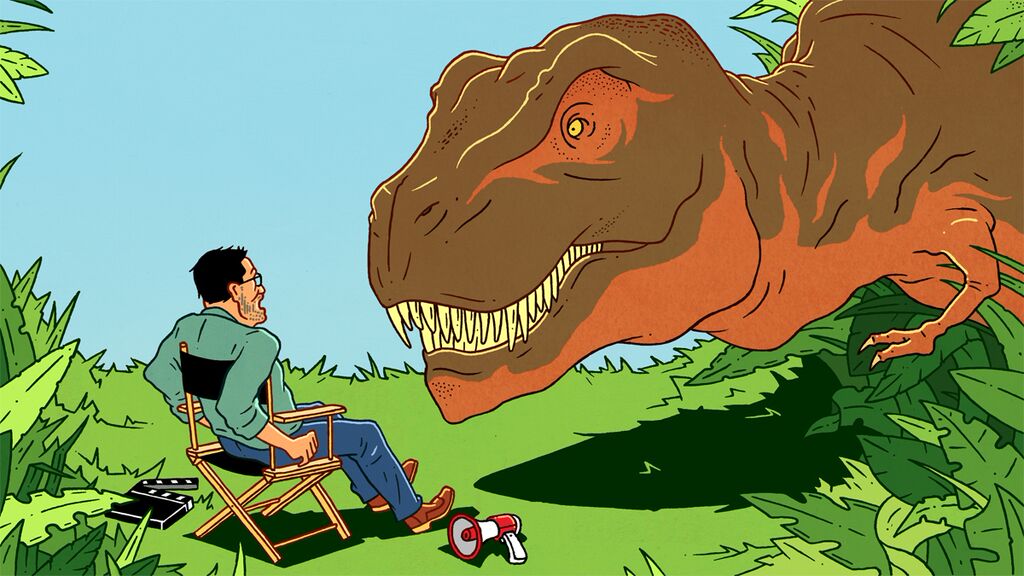 There is a house in New Orleans, and it either was or was not damaged to the tune of $100,000 by director Josh Trank’s dogs. Last month, The Hollywood Reporter published a story strongly suggesting that Trank’s “unusual” and “erratic” behavior while shooting Fox’s forthcoming Fantastic Four reboot had cost him his job directing a Star Wars spinoff slated for 2018. The usual ghost-chorus of unnamed sources described Trank as “uncommunicative,” “indecisive,” and “isolated,” and the movie as a mess requiring extensive and logistically complex reshoots. The 31-year-old Chronicle director was compared by “an insider” to “one of these kids who comes to the NBA with all the talent and none of the character-based skills to handle it.” But it’s the turning-a-blind-eye-to-canine-malfeasance part of the report that everyone will remember, both because it’s a concrete claim with a dollar amount attached and because the image of puppies run amok was such a metaphorically perfect detail in a story about an allegedly disobedient young auteur being brought to heel. Last week, after more than a month of radio silence — uncommunicative! — Trank rebutted the Reporter’s story in an interview with the Los Angeles Times. Trank avowed that he’d bowed out of the Star Wars saga to make a non-franchise film instead, and that while this was a difficult decision, it was one he’d made on his own. Having his professionalism and his pet parenting mischaracterized in the press, he said, was a surreal experience akin to “living in a Paddy Chayefsky script.” He seemed forthright and genuine, but also eager to plead down his movie-jail sentence, as anyone would be.

Whether he earned that sentence or not, we may look back on Trankgate as the end of a brief, weird moment in which Hollywood seemed determined to toss the keys to its shiniest franchise Ferraris to the greenest directors it could find. The last few years have been very good ones for youngish white dudes with superhero/sci-fi affinities and a single critically acclaimed, low-budget movie under their belts. Trank’s first feature, Chronicle — one of the few truly original movies of the current comic-book boom, a creepy found-footage rewiring of teen-superhero archetypes — was released in 2012, a few weeks before Trank turned 28; his Fantastic Four was officially announced that July. That same year also saw the release of The Amazing Spider-Man, directed by Marc Webb, who’d made several music videos and (500) Days of Summer before taking charge of Sony’s $230 million superhero reboot. British writer-director Gareth Edwards graduated from 2010’s Monsters (shot for a reported $500,000 with consumer-grade equipment and a seven-person crew and edited on a laptop) to 2014’s behemoth Godzilla and his own Star Wars entry, next year’s Rogue One.1 Thirty-eight-year-old Colin Trevorrow’s first film was the $750,000 time-travel comedy Safety Not Guaranteed, a Sundance hit in 2012. His second film, out this week, is Jurassic World.

Trevorrow has a called-up-from-the-minors story improbable enough to inspire any would-be auteur to power through another day pulling cable or filling burrito bowls. Imagine: You make a tinyish movie that plays festivals, gets decent reviews, and wins a few awards. Not a lot of people see it, but one of those people is Brad Bird, who likes it a lot. Some time later, Lucasfilm offers Bird Star Wars Episode VII: The Force Awakens. Bird is just beginning production on Tomorrowland when he gets this call, and ultimately that’s the project he’ll stick with. But there’s a brief moment when he’s flirting with the somewhat absurd idea of doing both back-to-back, and during that period, since he can’t realistically prep two massive special-effects movies simultaneously, he suggests using a stand-in director to get Episode VII up and running and ready to shoot while he goes off and makes Tomorrowland. The stand-in he suggests is you, Mr. $750,000 Time-Travel Movie Guy.

Obviously this is never going to happen, but Lucasfilm president Kathleen Kennedy talks about it to her husband, producer Frank Marshall, who cofounded Amblin Entertainment with Kennedy and Steven Spielberg in 1981 and is now looking for somebody to direct a revival of Spielberg’s Jurassic Park franchise. “I said, well, okay … who is this guy?” Marshall told Slashfilm in April. “So, we screened [Safety Not Guaranteed] and I kind of saw what Brad was thinking.” Sometimes it’s just that easy. You get a phone call one day, which leads to a meeting with Spielberg, and poof — you’re a T. rex wrangler. Directorially speaking, this is Schwab’s Pharmacy stuff. This is Harrison Ford, sometime actor and full-time carpenter, agreeing to read lines at a casting session as a favor to his buddy George Lucas and walking out with the role of Han Solo. You never know. And despite everything we do know about the business of movies, we still want to believe that Hollywood (and by extension the world) occasionally works like this — that sometimes it opens the books for nobodies who dared to dream, that if you keep a song in your heart and a smile as your umbrella there will one day be a call incoming from some gatekeeper who digs the cut of your jib, and before you know it, you and your dogs are chewing up throw pillows in a rental property on Easy Street. 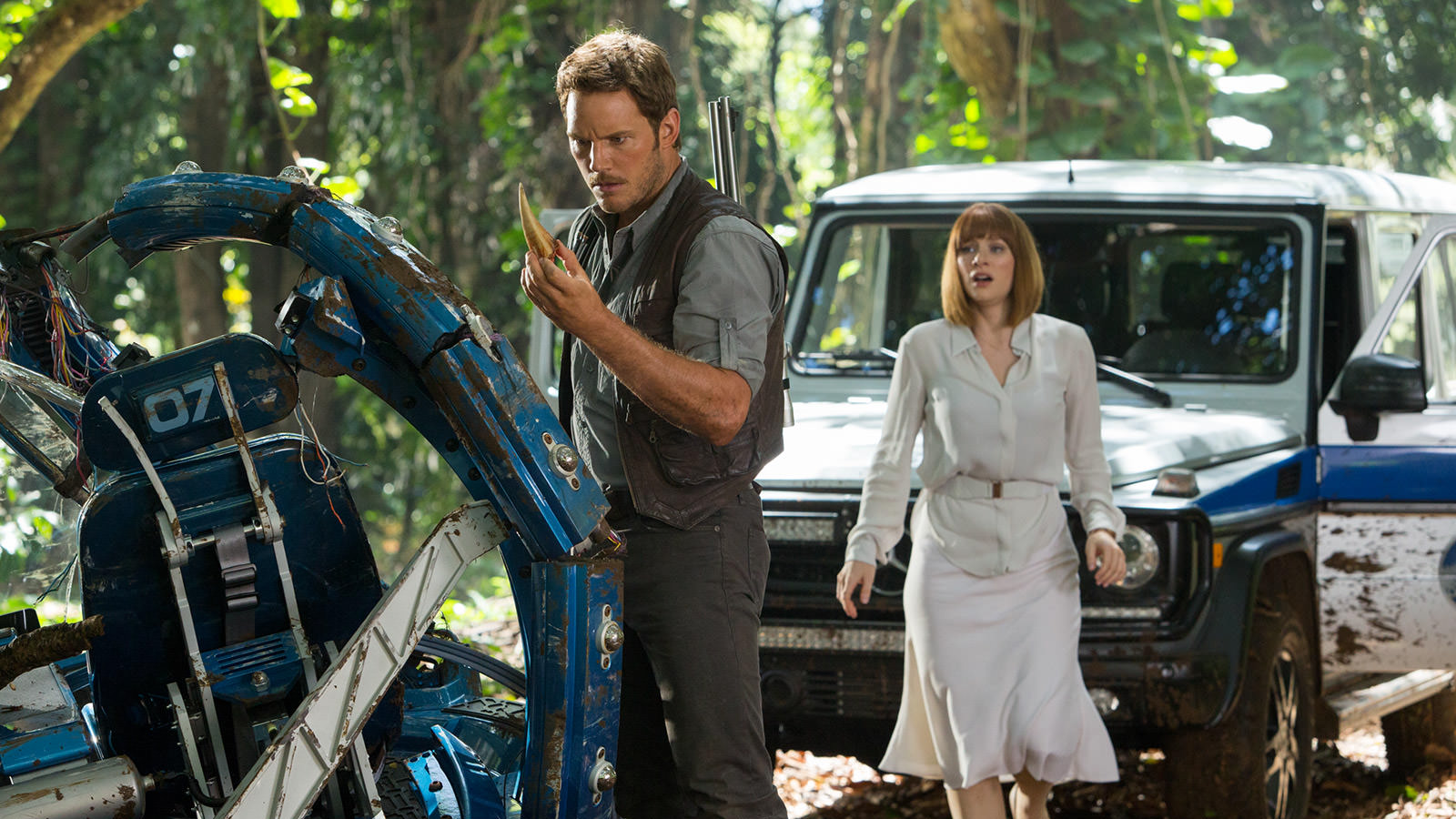 I am a fundamentally indolent person with unfocused aspirations to greatness, so I derive a lot of comfort from stories like this. But as a person who likes movies, I have a hard time getting excited about the trend toward giving massive franchise-entertainment directing jobs to every Colin, Josh, or Gareth the minute they hit the scene with a cool genre-film debut. Because I’m not the head of a studio, I care not at all about the prospect of one of these guys mishandling valuable intellectual property due to Trankian callowness, and unless you’re a Stockholm syndrome–suffering fan-person with delusions of shareholding, neither should you. I’m just bummed about the movies these directors won’t make.

The darkest timeline I can imagine is one in which the breakout writer-director of Sundance 1992 is presented with a planeload of currency and an offer he can’t refuse, and two years later Quentin Tarantino follows Reservoir Dogs with Beverly Hills Cop III and never gets around to Pulp Fiction. That’s an extreme and far-fetched example — and who knows, maybe Tarantino’s bloody, profane take on Axel Foley would have put another decade on the franchise’s life, which is the definition of a dream unworthy of the dreamer. As somebody who still owns his original Han Solo action figure — the one that resembled Harrison Ford less than it did Mark Harmon — I understand the allure of toy-box nostalgia wrapped in a robust paycheck. I’m as in favor of new blood as the next mosquito. And I get why paying it forward to young filmmakers means something to the Lucases and Spielbergs of the world, neither of whom would have become household names if not for gatekeepers gambling money and latitude on young and unproven directors. (Ditto Brad Bird, whose newest movie is literally about teleporting creatives to a future Disneyland and putting them to work on new projects without budgetary constraints.)

But I still have this irrational longing to see young filmmakers — especially genre filmmakers like Trevorrow, Trank, and Edwards — make movies in which they process and talk back to and crossbreed their influences instead of just tweaking old stories for a new generation. Every time we assign some budding nerd-auteur a cinematic book report on the genius of Stan Lee or entrust them with a small corner of George Lucas’s cosmos to putter around in, we take a potential maker of universes and turn him into a middle manager.2 (Him or her, I should say, although as Manohla Dargis pointed out last year in the New York Times, virtually every beneficiary of this practice has been a dude; somehow, female directors never remind the Spielbergs and Brad Birds of the world of themselves.)

Here is a quote from that same April piece on Trevorrow:

I feel like my whole career will be a struggle against being derivative just because I grew up on a very specific set of movies. And my instincts all come from there. So it’s constantly an effort to invent, invent, invent. And to not have a movie that felt like a retread, even from a narrative standpoint … I think when you see this movie, it makes Jurassic Park — I don’t want say it feels like a prequel [to Jurassic World] because it’s an incredible movie and this movie can’t be better than that movie. It’s just literally impossible because you can’t ever see that for the first time again. But, it feels like [Jurassic Park] is telling you the history of how [Jurassic World] was made possible. It’s very cool to watch it. And when we get to see this movie, you’ll be able to watch Jurassic Park in the context of this movie. I think it’s a great companion piece to that movie.

That’s earnest and genuine and almost forthright about how much filmmaking these films actually entail. As for Jurassic World itself: It’s fun, and it manages to decant those anxieties about the commercially motivated derivativeness of its story within the story itself. Twenty-two years after Tyrannosaurs chased Jeff Goldblum there, the remote island of Isla Nublar has become a booming all-inclusive resort, home to a Hilton, an Oakley store, a Starbucks, more than 20 species of living lab-grown dinosaur, and a Jimmy Buffett’s Margaritaville. The best joke involves the potential underwriting by Verizon Wireless of a new, ill-advisedly genetically engineered super-predator — a profit-motive metaphor with razor-sharp teeth.3

Aside from the first Jurassic movie, the Amblin movie that Jurassic World most resembles is Gremlins 2: The New Batch, a sequel that lampooned sequelitis (but had way more anarchic, fourth-wall-smashing fun doing it than this one does). Jurassic World is absolutely a retread of Jurassic Park, it knows it’s a retread of Jurassic Park, it knows that even the most credulous ticket-buyers will know it, too, and it aims to win us over by letting us know that it knows we know. There’s almost constant talk about how jaded the “consumers” have become since “deextinction” became commonplace. “No one’s impressed by a dinosaur anymore,” one character says. “Consumers want them bigger. Louder. More teeth.” A shark the size of summer-movie legend Jaws is eaten by a behemoth the size of a 747; a lab technician shows up for work in an Ebay-ed vintage T-shirt adorned with the logo of the original Jurassic Park (and the original Jurassic Park). Sure, it’s in poor taste — people died there, after all — but c’mon: “That first park was legit.” This is what’s known in the trade as “hanging a lantern on it”; Jurassic World hangs so many lanterns you could go blind. Over and over, we’re told that the exploitation of dinosaurs and their DNA is inevitable, and that the only question is whether the exploitation will happen at the hands of thinking, caring, responsible people with their hearts in the right place and no dreams of training velociraptors for military use.

If this sounds a lot like a filmmaker rationalizing the trotting-out of old intellectual property in a new CGI skin every decade or so — well, so be it. Only fleetingly and defensively is this movie the smart blockbuster it wants to be. It did convince me that Colin Trevorrow is a smart director — but since both of the post-Jurassic projects he’s attached to are non-franchise originals, we sort of knew that already.

This piece has been updated to correct when the Manohla Dargis New York Times article was published.

An 'Insidious' World: Why James Wan and Leigh Whannell Are Masters of the Horror Film Funhouse

The ‘Game of Thrones’ Book Symposium: A Spoiler-Filled Discussion of Season 5, Changes From the Text, and All Things George R.R. Martin