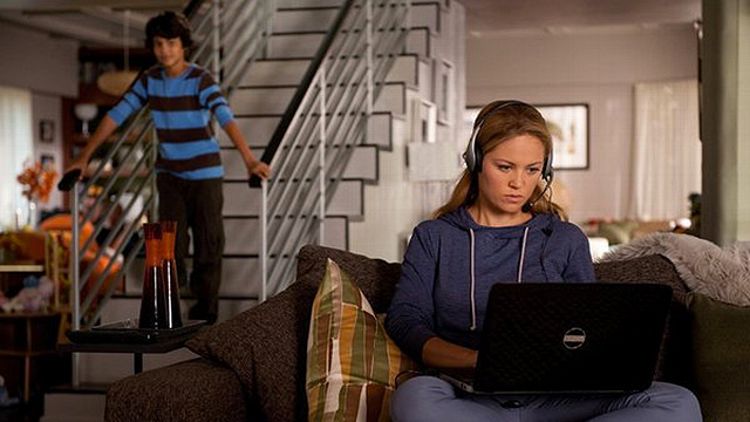 Dear Mr. Greenblatt,
We love Parenthood because it makes us feel things. Right now we want to indulge in a tear-fest alongside the most uptight Braverman, Julia. This week’s story line is bleaker than what we usually offer, but sometimes this show goes there, and when it does it is often at its best. We know that Jason Katims and his crew truly shine when they need to humanize the most melodramatic situations. Just imagine the syncopated dialogue that Erika Christensen will deliver. We promise it will be great.

Bring Back Joel and Julia’s Almost-Baby

It’s early Season 5, and everything is going smoothly for Joel and Julia Graham. They and their daughter Sydney are finding a rhythm with their newly adopted “sky baby,” 10-year-old Victor. After a rough start during which he rarely talked to his new parents and came six inches from murdering his new sister with a flying baseball bat, Victor has been fully folded into the family. The Grahams are great. The only problem: “Great” doesn’t work on Parenthood. “Great” doesn’t make you face-melt cry. After a couple of episodes establishing just how harmonious life has become in their modern-but-not-over-the-top home, the Grahams get a knock on the door. Joel and Julia shoot each other concerned looks across the living room, where the four of them have settled in for a post-dinner Finding Nemo screening.

The unannounced pop-in is a classic Braverman move (seriously, if you’re coming over, that’s fine, but send a text first, jeez), but this is outside Crosby’s usual visit window. As Joel gets up from the couch, you assume the worst. You assume that Victor’s ex-con mom will be standing there expecting to take him back. (Note: We need to meet her. That will happen.) But she isn’t. Zoe, the callous queen of the coffee cart, is standing there. Is her extortion-prone boyfriend in the car? Is that a healing black eye on her face? Has she slept? It’s all hard to tell. She asks Joel if she can talk to Julia. She explains to Julia that she loves her son too much to raise him in “this environment.” Zoe offers her son to Julia; shocked, Julia asks for one night to think about it.

(As you hopefully remember, in Season 3, Zoe was unintentionally pregnant just as Julia could not get pregnant. Julia and Joel were supposed to adopt Zoe’s baby, until Zoe decided she couldn’t go through with it.)

Joel and Julia need to talk. This was supposed to be their baby! Can they let a kid they once considered their own grow up in an unstable home? Can they let this kid go a second time? They discuss, they vacillate, they cry, you cry. But that was just the amuse-bouche cry of this episode. The full face-melt entrée-cry of this episode comes upon Zoe’s return the next day.

Zoe and Julia had a special relationship from the jump. It was never just about that coffee cart, so you know any confrontational pas de deux with those two is going to be the greatest cry moment of the episode, and even possibly the season. In case your Parenthood memories have been displaced, Julia spent a season trying to turn Zoe into a Braverman; Zoe resisted but loved Julia in her own way. Julia has just started molding a new member of the clan, and it’s hard enough. She just can’t take on this baby and Zoe. Zoe protests — she won’t be a burden! But Julia can’t take in one without the other, and she doesn’t trust Zoe anymore. Julia and Joel cannot take in Zoe’s baby, or Zoe. And so, they say good-bye again.

Yes, this is very sad. We are all crying, and it’s not solely because of the heart-wrenching action on TV. No, we are crying because the music supervisor has found the perfect song to play in the background. It’s the kind of song that, under other circumstances, you might put on while downing a bottle of wine at home alone. It’s the kind of song that you’d never admit to having bought on iTunes, but you needed it so immediately that you couldn’t resist. You know it’s a big moment when Parenthood brings out the Bob Dylan cover (See: Season 3 finale, the choir covering “Make You Feel My Love”). We’re not quite there. After all, this isn’t a finale, and this scene has just one Braverman present. It’s probably something by Ray LaMontagne — a song that is vaguely familiar, but all you know is that it’s a real downer. Julia walks away first, the music plays, we sob.

Then the NBC promo voice — the one that sounds as if he’s perpetually waiting for Heroes to get rebooted — comes on, promising us the most emotional episode yet. But how can that be? We are out of feelings, out of tears.