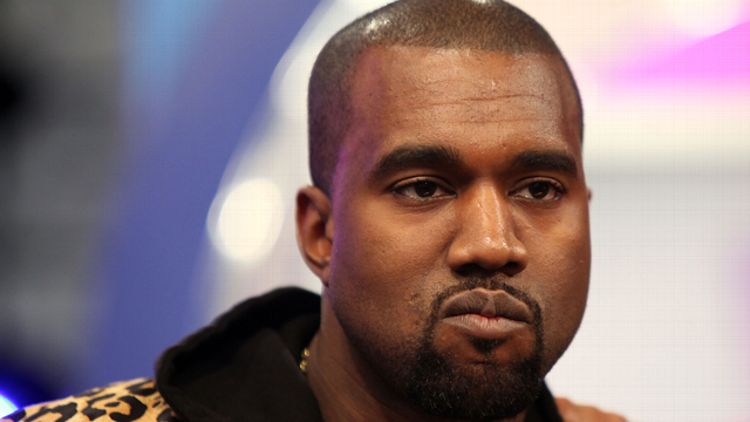 What’s the old saying? “You can take the Kanye West out of the hood, but you can’t prevent the Kanye West from bitterly calling up a radio station and behaving perfectly”?

We were reminded of this old soothsayer fable yesterday, as Mr. West called up New York’s Hot 97 radio station and on-air personality DJ Enuff to discuss a list that perturbed him: MTV’s annual “Hottest MCs in the Game.” This list, like so many things that exist, simultaneously is taken seriously and couldn’t matter any less.

According to the “MTV’s Annual Hottest MCs List” Wikipedia page (yes, this actually exists), the decisions are made by “The Brain Trust,” a group of MTV-affiliated hip-hop journalists headed by longtime station stalwart Sway Calloway, and are determined by a number of factors:

The Brain Trust judges rappers on the grounds of their artistic execution (lyrical ability, flow), commercial success (charting hits, radio spins, album sales), cultural impact (business acumen, ushering in other big artists), digital metrics (Facebook page likes, Twitter followers, new songs on mixtapes), buzz, and other intangibles. In order to be eligible to be included in on the list an artist must have actively released music that year.

So yes, Kanye West called up a radio station to complain about a list that takes into account Facebook page likes. Kanye West, owner of between three and five classic albums, depending on your preference, did this. Why?

Enuff: Yo, you came in number 7 on the MTV list, that’s what’s up.
Kanye: Yeah, you know, that was cool…

Enuff: Number 7, does this bother you?
Kanye: Yeah, number 7 bothers me.

GET REAL WITH THEM, KANYE.

Look at Kanye, actually making valid points. But also look at Kanye, suggesting that while everyone else needs to fight for a spot on the list, he starts at no. 1 and only deserves to fall if there are valid reasons for him to be docked points. I love this.

Enuff (on Big Sean): His first debut album was incredible.

Kanye: Ain’t nobody bring up that “Diamonds (Remix)” verse. There wasn’t no verse in the year that was fucking with that verse.

It is a really good verse.

I LOVE ALL OF THESE KANYES.

Kanye: I said, “lucky I ain’t have Jay drop him from the team.” Ain’t no bar — AIN’T NO BAR in the past 12 months that’s hotter than that bar.
Enuff: None.

Yes, Kanye has fallen (or climbed?) to the point where he’s quoting his own verses to prove points. That’s like walking into an interview, making it rain résumés on your prospective future employer’s head, while saying “THREE YEARS ON THE HILL, SON, CRAZY LEGISLATION WRITTEN, AIN’T NO BILL — AIN’T NO BILL I HELP WRITE NOT GET PASSED.”

Since this is Kanye, you had to believe this conversation would end spectacularly. And it did. Everything up until this point was great, but the end is why Kanye West is our finest superstar.

Kanye: I couldn’t believe it, I mean, I gave Sway his first TV, man. He came over my crib in Newark, New Jersey, I was living in Newark, you know, doing beats for Jay and Beans and all them. And I was getting a new TV, and I gave Sway his first TV. And really, I didn’t really want to call to talk about the number 7 list, I JUST WANTED TO TELL EVERYBODY I GAVE SWAY HIS FIRST TV. AND HE NEEDS TO REMEMBER THAT. [Hangs up.]

As ridiculous as all this sounds (and is), there’s a part of all of us that doesn’t feel respected enough, and wants to ignore the high road for once (I thought about suing Def Jam for leaving me out of the 2 Chainz album liner notes “thank you” section, I’VE BEEN THERE) in exchange for the confrontational, less-than-classy, troll-a-troll route. We may threaten, but we rarely ever take it there.

We typically don’t do our life-equivalents of calling radio stations and jumping on stages and saying things about Bush. But Kanye does. Because that’s his job. And we should continue to thank him for that.

What’s next for Mr. West? Probably a few tiffs with some YouTube commenters, a Kickstarter for the nonprofit “Protect Kanye,” a press release reminding Redman that he bought him his first doorbell, and a DONDA-produced “10 Hottest MCs on the Earth” list. Only guessing, though.