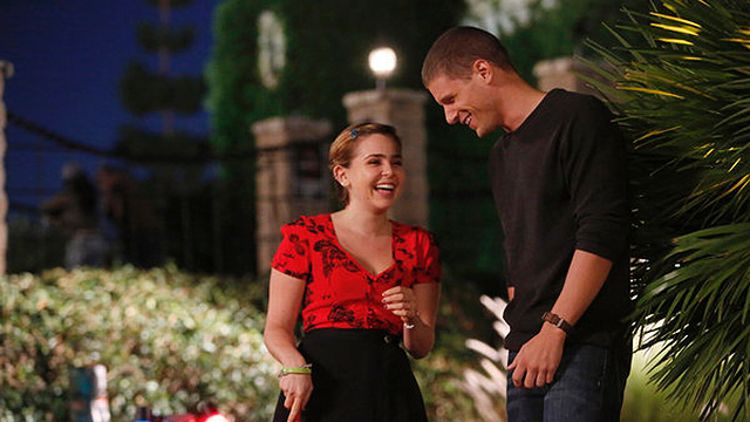 Here we are again. Parenthood has not been renewed even though it’s one of the relatively dependable shows in the morass that is your network. As we promised last week, we won’t relent until you give this show a fifth season. There haven’t been enough tears shed since Sean sent Desiree home in the most shocking Rose Ceremony ever the Season 4 finale, so here are some story lines to get the tear ducts going and corral the Friday Night Lights fans who are still holding out.

Litman: Amber (Mae Whitman), the wisest 20-year-old ever known to man, made a very sound decision on Christmas this season. She broke up with her Friday Night Lights boyfriend (Matt Lauria playing Ryan the Army vet) because he has a drinking problem, and based on experience with her alcoholic father, she could not abide. We knew they’d break up, but I didn’t anticipate this reasoning even though it made total sense. Yet, because the future of the show is uncertain and Jason Katims is the master of the tidy season finale, the duo improbably reconcile in the last episode. Sorry, Amber, but Ryan still has a drinking problem; it didn’t spontaneously take care of itself. You need to take him to rehab.

Amber enlists her mother, Sarah (Lauren Graham), to accompany her on the ride. Through their road trip, we’ll be reminded of a few Parenthood truths that have been obfuscated recently:

Story Line No. 2: Max Develops Crush, This Time Not on a Vending Machine

Jacoby: The first time we saw the recently pubescent Max fall in love, it was with a vending machine. The idea that a pack of Skittles was only a handful of change away at any given time transformed the Asperger’s-afflicted Max into a romantic poet, wooing an entire middle school class into voting him class president with his unbridled passion for mechanized snack-food retail. The whole saga culminated in Max, standing by the new vending machine, hands outstretched, eyes toward the sugary gods, smiling wide and crazed, while fluorescent food chunks poured down on him in super slo-mo. This li’l dude REALLY tasted the rainbow. It was a triumphant moment for a troubled character, but in Season 5 (should you grace us with one, Mr. Greenblatt), as his focus shifts from Skittles to titties, Max will learn that matters of the heart often come with a cost that cannot be met by scrounging around the bottom of your locker.

It’s inevitable that along with Max’s changing body comes a changing attitude toward the fairer sex. I’m not exactly going out on a limb suggesting Max developing a crush as a story line. Should you, Mr. Greenblatt, green-light a fifth season, I’m sure this will be explored. However, my fear is that Max’s first foray into puppy love will mirror the same triumphant arc his first foray into vending-machine policy reform did. Parenthood has a thing for happy endings. Much like they did when Max’s first friend rolled up in a wheelchair, I fear that they will pair him with a young, similarly challenged lass, and that the brief story line will end with Max tasting the rainbow of his first kiss. The thing is, that isn’t how middle school mating works. I suggest Max become obsessed with “the popular girl.” The one whose chill Berkeley parents let her smoke cigarettes, get her hair cut like Cassie, and date dudes with driver’s licenses. Max has always been ambitious. He pursues her, and she finds him repulsive, ridicules him with her mean-girl clique, completely destroys him emotionally, and sends him into a spiral of depression in which he talks to no one but his lizard Guacamole. That’s how middle school mating works. But it doesn’t end there. This is network television, after all. Eventually, Minka Kelly, the OG Max Whisperer, makes her return to the Braverman clan, coaxes Max out of hiding, and convinces him to get back in the game. Even then, he isn’t successful, but at least he fought his way through his first broken heart, which is an important experience for all of us. Then, in the seventh season (yes, you read that right, Mr. Greenblatt), he comes out of the closet.

I know that that story isn’t exactly a barrel of laughs, but the only funny story line I had for Max was, “Joakim Noah bursts into Adam and Christina’s house, grabs Max like an offensive rebound and declares, ‘I AM TAKING MY SON BACK!’” Funny, but I didn’t really think you would go for that one, Mr. Greenblatt. Maybe save that for Season 9, when the ratings start to dip.

The Complicated Emotions of Catfish: The TV Show