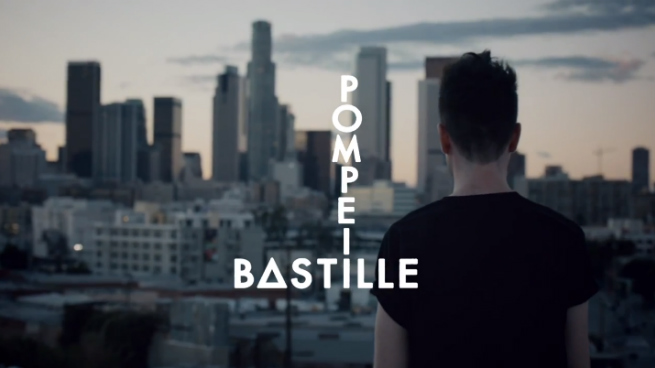 Welcome back to the Overplayed Song of the Week, in which we take songs we’ve heard too many times on the radio and generally overthink them.

I promised myself I would try to think of a paragraph’s worth of nice things to say about “Pompeii,” the breakout single from Western Civ–core band Bastille (possible future singles: “Versailles”? “Thermopylae”? “Spanish Inquisition”?). So here we go: Lead singer Dan Smith’s voice is theater-kid abrasive in a similar vein as that of fun.’s Nate Ruess; that is, it might not be the most virtuosic sound on Earth, but it’s got the kind of hammy conviction that makes you want to sing along after a couple drinks. Due to the accent and the lack of noticeable guitars, if I close my eyes, it does almost feel like I’m listening to a reunion of the Wanted, which I thought wouldn’t be the worst reveal when I heard it for the first time. There’s a nice moment at the end of the second bridge, when most of the instrumentation cuts out, leaving just a rolling snare and a Smith’s voice layered over itself in a little barbershop-quartet-ish harmonizing. It’s an mildly interesting noodle in what otherwise seems like a flopsweat-drenched effort to bang every timpani and summon every male background vocalist in Hollywood to get to the Hot 100.

None of this stops “Pompeii” from sounding like a Best Original Song Oscar nominee for a DreamWorks Animation studio Lion King knockoff circa 1997. I guess if that sounds like a compliment, then this may be where we have to part ways. As Steve Hyden wrote last month, when he dubbed Bastille and their ilk “silent majority rock,” this is the sound of mainstream rock and roll in 2014, seemingly built solely to get licensed in pharmaceutical commercials. “Pompeii” wouldn’t make a bad jingle for Lexapro — “Does it almost feel like nothing’s changed at all?” There are no rough edges or transformations or struggles for catharsis in “Pompeii,” just a tolerable flatline. Unlike the majority of contemporary pop songs contemplating end times, “Pompeii” directly acknowledges the possibility of divine retribution as the cause of its titular/metaphorical eruption of burning ash (“Oh, where do we begin? The rubble or our sins?”), but never seems terribly fazed by that possibility.

There are plenty of instances and rumors of “bands” having been formed by record labels to package a surprise hit by a single songwriter. It can’t be hard — just as there are plenty of young vocalists out there itching to be the next One Direction, there are plenty of session instrumentalists with central-casting résumés who’d happily take a steady gig as a bassist in that band that has that one song in that one thing. It’s not clear if this was the case with Bastille, but it’s also hard to find much record of them prior to 2010, when EMI Music and Virgin Records offered them a contract off the strength of a seven-inch single. Multiple sources refer to the group as having been a solo act of Smith’s prior to that contract. (OneRepublic, on the other hand, was formed when Ryan Tedder and guitarist Zach Filkins were at Christian school in Colorado. I keep learning so many things about OneRepublic!) Bastille definitely sound like they have Coldplay/Muse/U2-size arena-filling aspirations, but it’s hard to think about them as a band; even in their music videos, it’s usually just Smith you see emoting in solitude in some desolate locale. (Speaking of cities we love — the wretchedly embarrassing video for “Pompeii” was shot in East L.A. and the Palm Springs area in one of the most unimaginative and borderline insulting uses of those locations I’ve seen in some time. Zombie taco stand!) This is the musical equivalent of starting a joke Tumblr account with the specific goal of getting a book on the Urban Outfitters literature table within a year. I’m honestly shocked “Pompeii” hasn’t been viral marketing all along for this weekend’s sword-and-sandal disaster flick of same name.

Final verdict: “The contorted postures are not the effects of a long agony, but of the cadaveric spasm, a consequence of heat shock on corpses.”

Girls in Hoodies Podcast: 'True Detective' and 'House of Cards'