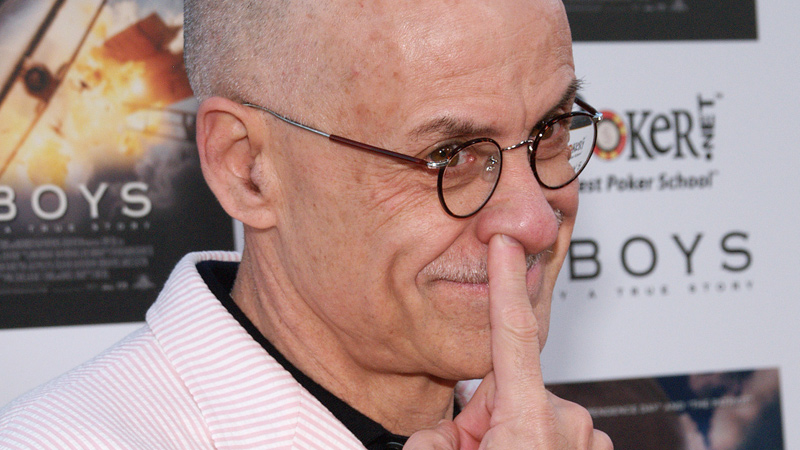 At some point today, you may have caught on Twitter a passing reference to James Ellroy — the extensively accomplished noirist behind L.A. Confidential, The Black Dahlia, American Tabloid, and, coming in September, Perfidia — bashing The Wire. Which is true! He did do that. But that was just the tip of the iceberg: In a wonderfully bat-shit interview with Shortlist, Ellroy also managed to bash a whole bunch of other stuff, spraying his hatred at a remarkably diverse assemblage of targets. Usually here at Know Your Beef, we try to break down the seeds of whatever war we’ve happily stumbled upon, and come to understand our combatants and their plights. But in this case, I think it’s safe to say that Ellroy is a very talented orator, and that maybe he hates stuff, but maybe he also really enjoys hearing the sound of his voice as he articulates the specificities of that hatred. And so you know what seems most in order here? Some straight-up catalogization!

Driving on the Left-Hand Side: “I once drove over the border into Scotland and kept clipping fence posts. Fucking nightmare.”

Every Last Non-Skyfall Bond: “Skyfall [is] fucking brilliant and it’s the only profound James Bond movie. They’re usually boring and overlong; the books are boring and racist.”

POTUS and FLOTUS: “I hate [Obama]. I think he’s a coward, incompetent and I find him sinister. He’s the face of cancerous socialism under the guise of benevolence. His wife going on the Academy Awards by remote hook-up made them come across like Soviet apparatchiks.”

A Bunch of Shows You Like: “I think Deadwood and Mad Men were intermittently quite wonderful, but often shoddy and veered into incoherence. I saw one or two episodes of The Wire and thought it was bullshit. Bad writing.”

The Modern World: “I don’t give a shit about the modern world.”

Oh, Also, the Underclass? “And I have no sympathy for the underclass.”

Certain Things About Living in L.A.: “Meth labs, white trash and women with tattoos.” Also: “The fondness some people have for dives I don’t share. I can’t stand even a hint of discord or squalor.” (In his defense, he doesn’t hate it all: “Now I live here because it’s where I come when women divorce me. The people I love are here, and I need to write movies and TV shows to earn a living. Plus, I love cars, girls and Mexican boxers.”)

Is There Anything He Unabashedly Loves? Glad you asked! Yes there is, and it is dog-sitting in snowbound estates in Rhinebeck, New York: “I took walks with [the dogs] across golf courses in the snow, and urinated and defecated with them. We were a pack. I wasn’t the leader, but we slept together at night. If it was cold I’d call it ‘a two-dog night’. They’d growl at me if I got up to take a leak. Grr. It was like having two big, good-looking women fighting over me. So good.”

Response From Driving on the Left-Hand Side, Hipsters, Liberals, Rock and Rollers, CounterCulture, Movie People, Every Last Non-Skyfall Bond, a Bunch of Shows You Like, the Modern World, the Underclass, and Certain Things About Living in L.A. to James Ellroy?

While they haven’t yet gone on the record, safe to say it’s something like this —

See all Know Your Beef