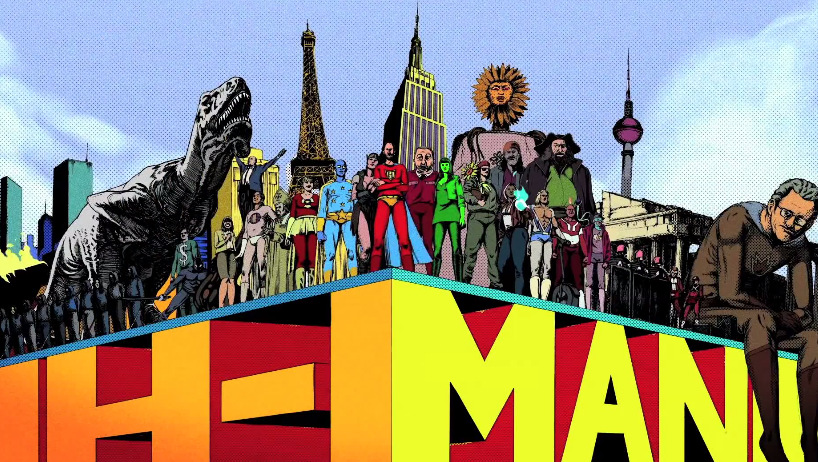 Here’s le teaser for a new French show, H-Man, about superheroes. They crammed a lot of information into just 30 seconds.

First you have H-Man, speaking in Superhero French before a United Nations–type body, who then approaches a member of the Blue Man Group who may be Dave Chappelle in disguise. 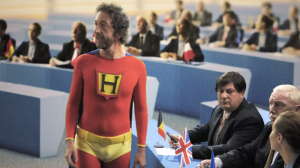 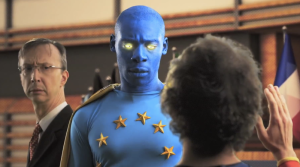 Blue Chappelle’s eyes flash, and then the “H” from H-Man’s superhero uniform turns into the “H” logo from the History Channel. 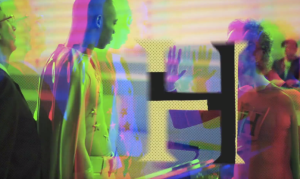 In the next scene, H-Man is animated, drinking an espresso and reading a French newspaper. 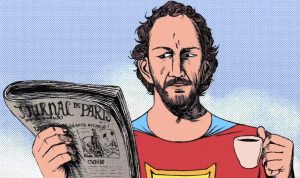 He then spits it out (ricin?), and it’s clear he’s not at a coffee shop, but on a yellow roof. H-Man is startled by the weaponized spaceships and the giant gray octopus monster that are about to rip apart the Eiffel Tower. 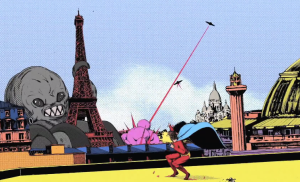 So H-Man flies away. (Note: All of this takes place in eight seconds.)

We then learn that this isn’t a documentary, because the now un-animated H-Man’s real name is Arthur H. Unless this is one of those Superman/Clark Kent things. 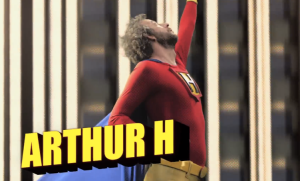 After Arthur H as H-Man, we have Mathieu Amalric as some sort of Riddleresque Code Academy intern. 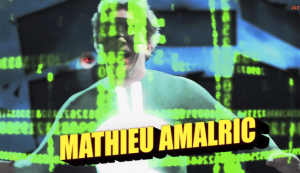 And then, 12 seconds in, there’s Fiona Apple. 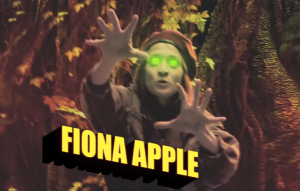 In this picture, 1994-present’s Fiona Apple appears to be (a) some sort of forest nymph trapped in an MGMT video, (b) with a side hustle in the elite airborne forces, and (c) a human ghoul that jumps out at people in haunted houses and hayrides. According to IMDb, her character’s name is Bio Frau. Who is this “Bio Frau,” you ask? According to Brazilian blog Teco Apple:

In case you’re confused by the Portuguese translation of this French superhero show, what’s important is that Fiona will appear in one episode — Episode 6 — that may have something to do with the “French” and the “Germans” and “energy.” And her character is the leader of an activist group, Feux Verts (“Green Lights,” perhaps related to her glowing, gak-like ooze eyes). And they might be held hostage in a power plant? And H-Man, I think, has to save them?

As for the show, there will be 10 episodes, each five minutes long, directed by Joseph Cahill, who happened to direct Apple’s beautiful video for “Every Single Night,” from her 2012 album The Idler Wheel Is Wiser Than the Novel Push by Sapphire Driver of the Screw and Whipping Cords for Colored Girls Who Will Serve You More Than Ropes Will Ever Do.

In addition to Fiona as Bio Frau, there’s Sophie Meister as a Viking with a bayonet, Annie Cordy as either H-Man’s love interest or grandmother, Mathias Malzieu as Ed Harris from The Truman Show, Mylene Jampanoi as a mutant whose power is to outline your body with a green highlighter, Nicolas Ullmann as a superhero that also works at 16 Handles, and Jacques Higelin as the Pope. [Note: I have no idea who any of these people are, but they are probably on French Wikipedia.]

The series starts in March. Grantland, in conjunction with various Portuguese blogs and Google Translate, will keep you informed of any developing news concerning H-Man and Fiona Apple’s burgeoning activist-superhero film career.

All Man, All Machine, All Cop: The Enhanced Personhood of ‘RoboCop’