About Dr Pepper Ten’s Bold New Slogan: “Not For Women” 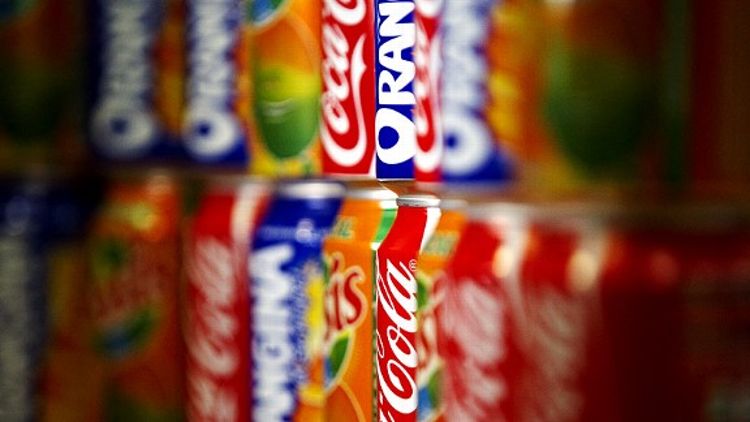 It’s been put forth that in a recession customers are more likely to splurge on impulse buys, things they consider small luxuries. Estee Lauder’s chairman Leonard Lauder dubbed this trend the “lipstick index” in 2001, but since then lipstick sales haven’t increased accordingly as everything else has continued to go to hell. But certain things have managed to continue trending upwards, eking out tiny squares of market growth. Places where the novelties boom has been noticeable: nail polish, candy, and soda. Tobacco sales also went up just when everything else started trending downward. Everything might suck more and more on a day to day level but DAMNED IF THIS APPLE PIE GUM ISN’T SO DELICIOUS.

Corporations are always afraid we might figure out the secret: that big purchases won’t really make us any happier. That taking care of manufactured desires isn’t that tremendously satisfying. It just leads to an immediate need to satisfy them again with something bigger or newer. Between all the watches and cars and models and bottles, the realest bit of Watch The Throne was Jay-Z reminiscing about his grandma’s banana pudding, itself a fairly inexpensive luxury. I picture a food scientist creating the perfect banana pudding gum and testing it on Jay-Z.

Advertising aims, as it always has, to make potential customers aware of new products and reinforce awareness of existing ones. And as general consumption decreases in a recession, the lures get shinier: guacamole on a burger! All apple pie flavored everything! Candy companies seem to be putting all their effort into novelty gums. Wrigley’s has 5 Gum. Mentos offers UP2U gum, which provides the illusion of choice in ridiculously pretentious packaging. Orbit gum, a sub-branch of Wrigley launched in response to rationing during WWII, was relaunched in 2001 and features flavors like “Strawberry Remix.” If you like choice, these products argue, we will give you so many choices you will be paralyzed by deliciousness.

Keep this in mind when dealing with the new ad campaign for Dr. Pepper Ten: “It’s not for women.” Bold! Suggesting I can’t have something is generally a great way to make me want it instantly. But I don’t like diet soda. I kind of do like Dr. Pepper. And I know a lot of Dr. Pepper fans from Texas, where it originates. The catch with any advertising is that it can only go so far as to get you to try a new product. Once you try it that first time, the likelihood of your buying it ever again will hinge entirely on your reaction to the taste (or whatever) in question.

A lot of dudes drink diet soda. It’s one of those things that gets ingrained in you super early, possibly environmentally, like whether you’re a dog or cat person. You either like artificial sweeteners or you don’t. This is an ad campaign meant to arouse ire, much like the California Milk Processor Board’s recent sexist ad campaign, because any press is press. And here I am writing about it. Are you going to try Dr. Pepper Ten? Has anyone ever caved in to being emasculated by a soda? Is this really any dumber than “7UP Yours,” which was 7UP’s campaign for six fucking years (they couldn’t make it seven?), or recent NY to LA transplant Papaya King’s insulting billboards? Is the whole concept of diet soda inherently ridiculous?

The Avengers Trailer: Superheroes of the World, Unite and Take Over