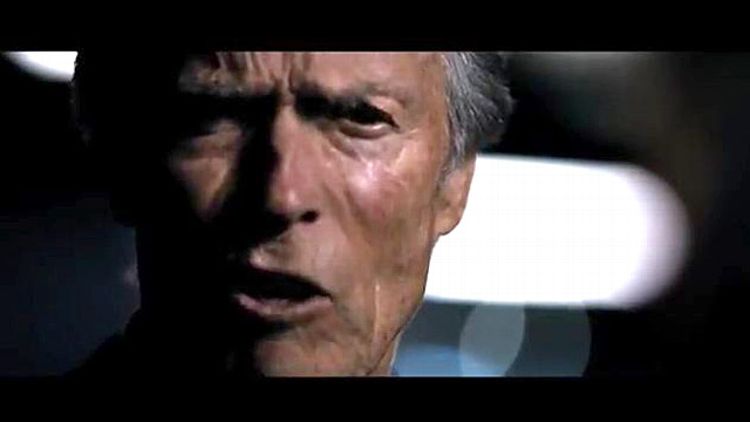 Whether you’re an ecstatic Giants fan, a bereft New Englander, or one of the seemingly 14 billion Twitter users who announced a total lack of interest in the “Super Game,” we can all agree on one thing: Giant corporations spent the GDP of a failing European debtor state on commercials in the hope that people on the Internet would write stories like this one. And so, in fulfillment of our end of the implicit Super Bowl contract with the automobile manufacturers, monolithic breweries, and snack-food concerns who make bathroom breaks nigh impossible (what, you think we’re going to pause the DVR and risk falling 30 seconds behind the tweets, you maniacs?), we’re going to hand out a bunch of very, very prestigious awards to last night’s advertainment spectacles, mostly in hopes this post will go viral and be sponsored by CareerBuilder.com’s Depressed Office Monkeys next year.

Old Milwaukee
Simple, elegant, America. America! Nebraska is in America. You know that, deep down, even though you’re very angry the Old Milwaukee people wouldn’t let you see their wonderful ad.

Best Completely Undetectable But Expensive and Futuristic-Looking Improvement in a Light Beer, Ostensibly Owing to, Like, Lasers and Shit Triple-Cold-Fusion-Filtering Out All the Impurities and Whatnot, Shut Up and Drink This Before We Singe Off Your Testicles, Dummy

Bud Light Platinum
Is this not the most beautiful nonsense you’ve ever heard in a commercial? Behold: “Man has long dreamed of turning lead into gold. We dreamed of turning gold into platinum. Triple-filtered, smooth-finished, top-shelf taste. Introducing Bud Light Platinum.” The real keys to the pitch, however, are the eight lightly struck piano tones that precede the narration, which put the viewer’s mind into a state of total susceptibility while simultaneously loosening the bowels. Before you realize that you’re sitting in a pile of your own filth and oblivious to everything but the soothing voice-over, you’re already pouring out your suddenly obsolete Bud Light “Gold” and headed for the liquor store, desperate to upgrade to the platinum end product of this newly perfected macro-brew alchemy.

Best Performance by a Beloved Octogenarian Delivering an Unexpected Metaphor About the State of the Union, to Sell Cars

Chrysler and Clint Eastwood
Is this a car commercial or a campaign speech Mitt Romney will soon try to co-opt in the Michigan primary, only to hilariously bungle it into something about America’s bricking free throws in extra innings? We’re not sure; all we know is that if Clint Eastwood’s going through the immense pain of grinding it out through his throat-gravel, we’re listening, and then we’re buying. This is a man who made a fortune for himself by shooting dudes in the face, so if you haven’t already torched your Prius trying to appease Dirty Harry, well, you’re probably a commie punk begging to suck on the business end of a .44 Magnum. Why did this get so violent? Let’s just buy a Chrysler and calm down, because America’s halftime is finally over.

Most Rousing Use of Inadvertent Genocide

Audi’s Vampire Party
You’ve probably never seen a Twilight film, so you didn’t get the inside joke that each movie ends with Robert Pattinson accidentally incinerating his vampire family with Audi high-beams, suddenly leaving Bella (Kirsten Dunst) the lone guest at a smoldering-denim party. Trust us, it’s hilarious every single time.

Matthew Broderick and Honda
We’ve discussed this commercial previously, then dedicated a YouTube Hall of Fame in its honor, so we’ve already gotten the “selling out” business out of our systems. But now, having watched it a few times, we’re left with this somewhat uncomfortable thought: Isn’t this a great commercial? Indeed, it’s more than a little unsettling to watch a middle-aged Matthew Broderick channel his goldbricking teenage self, especially since his voice is almost identical to that of Young Ferris, and suddenly we’re mentally cutting Old Ferris back into the movie and he’s making out with Young Sloane, and now we have to drown ourselves in the nearest pool. Besides that, the ad itself is done so well. Maybe everyone’s mad that it’s not selling a better car; had Ferrari come up with the idea, we’d probably think it was genius, right after we finished retching at the 1 percenty excess of it all. Just a thought. We hope Broderick bought Sarah Jessica Parker something nice with the $10 billion he made shooting this.

MetLife
If you’d told us that Scooby Doo, Charlie Brown, He-Man, Pepe LePew, Speedy Gonzalez, Casper, Quick Draw McGraw, Fat Albert, Cosmo Spacely, Mr. Peabody and his boy Sherman, Jabber Jaws, Grape Motherfucking Ape, Richie Rich, Voltron (Voltron!), and virtually every other animated character appearing on a television set in the 1980s were going to be in a commercial together, (A) yes, bring it to me right now, and (B) it better be for something cooler than, say, life insurance. And it’s not even sexy life insurance, like Prudential or Farmers or Allstate. This is nothing but a pointless, fill-every-orifice nostalgia orgy aimed at reminding thirtysomethings that they will die someday, and probably from the sadness of watching Gossamer plow Underdog in a poppy field at Cartoon Burning Man in front of the entire Hanna-Barbera roster. No, this is not a very good commercial.

(There’s a marginally better ad starring Voltron on YouTube, except for this description: “Ever seen a robot do the robot? Voltron cuts loose behind the scenes of MetLife’s new TV commercial. A guy can take a break from saving the universe for a minute or two, can’t he?” You know what? Yes, we have seen a robot do the robot. That’s pretty much the only dance robots do, hence the name. Had Voltron done the Cabbage Patch or the Roger Rabbit, hey, that we haven’t seen, show us that one. We sound a bit cranky, don’t we? It’s entirely possibly we’ve watched too many commercials tonight. Hey, let’s do four more!)

Best Dramatization of the Coming Apocalypse by an American Automobile Manufacturer

Chevy Silverado 2012
Big budget, solid concept, great visuals — arguably the best commercial of the Super Bowl. The dig at Ford is cute, and though the Twinkies gag is borrowed from Zombieland and the frogs from Magnolia, no one’s really going to begrudge them the homages when the world ends in December in exactly this manner. It’s just too bad that everyone who bought into the idea of America’s halftime is going to be incinerated inside an inferior Chrysler casket when the Mayans blow the final whistle.

Kia and Motley Crue
If Vince Neil weren’t 100 percent sure where his next meal was coming from, he would probably eat Adriana Lima. But all in all, there are worse hallucinations you could have after a magic dwarf dumps a giant sack of pixie peyote on you while you sleep.

Doritos “Man’s Best Friend”
In Part II, the dog murders the wife, and the man pays him back with a two-pound bag of Late Night Tacos at Midnight. They get high as balls together, house the entire bag, and stay up until sunrise watching the MetLife commercial on a loop, trying to name all the characters without Google.

M&M “Sexy and I Know It”
Good-bye forever, M&M enjoyment! And erections!