New Girl’s David Walton Is Hugh Grant 2.0 in About a Boy Remake From the Friday Night Lights Dude 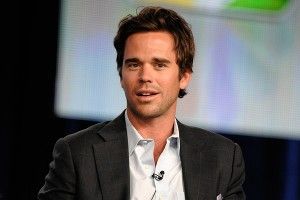 Want a TV show that’s not anywhere yet near existence — like, hasn’t even shot a pilot yet — to get preemptively, irrationally, and possibly even irresponsibly excited about? May we suggest NBC’s About a Boy?

That the show’s an adaptation of the 2002 movie — a Weitz Brothers production starring Hugh Grant as the loveable man-child cad and Nicholas Hoult as the scruffy hippie-spawn that’ll finally teach him the joys of responsibility — which was itself an adaptation of Nick Hornby’s 1998 novel might not be a major selling point for you. It should be, though: Whatever else you may think about the latter-day sins of Hugh, About a Boy is a delightful reappropriation of the rom-com formula, and it will also SPOILER ALERT teach you what British people call sneakers.

More importantly: This thing will be written by Jason Katims, who’s turned well-worn source material into happy-cry gold not once but twice. Grantland just got done arguing that you should be binge-watching Katim’s Parenthood; meanwhile, if you still haven’t seen Friday Night Lights, well, I’m beginning to question your value as a reader, a friend and, quite frankly, as a human being in general.

Now, one more promising bit of news. David Walton — most recently known as New Girl’s Sam, the sex-marathoning, careless-online-dating, commitment-phobe kid’s doctor who won Jess’s heart before … well, I’m a few episodes behind, so that’s all I can tell you — has been cast in the Hugh Grant role. Let’s see: Handsomeness? High level of aptitude in projecting a largely nonverbal, slightly dumbed down charmed? General air of winking but soul-crushing ennui? Why, Walton’s perfect! Also, as Deadline reports, “Walton was among the most sought-after comedy actors this season, fielding multiple offers before settling on the role.” That means David Walton has read a bunch of scripts this season, and David Walton thinks About a Boy is the best. And if we can’t trust the judgement of veteran television actor David Walton, well, who can we trust?