Confirmed: Nathan Fielder Is Behind Dumb Starbucks, and There’s One Coming to Brooklyn 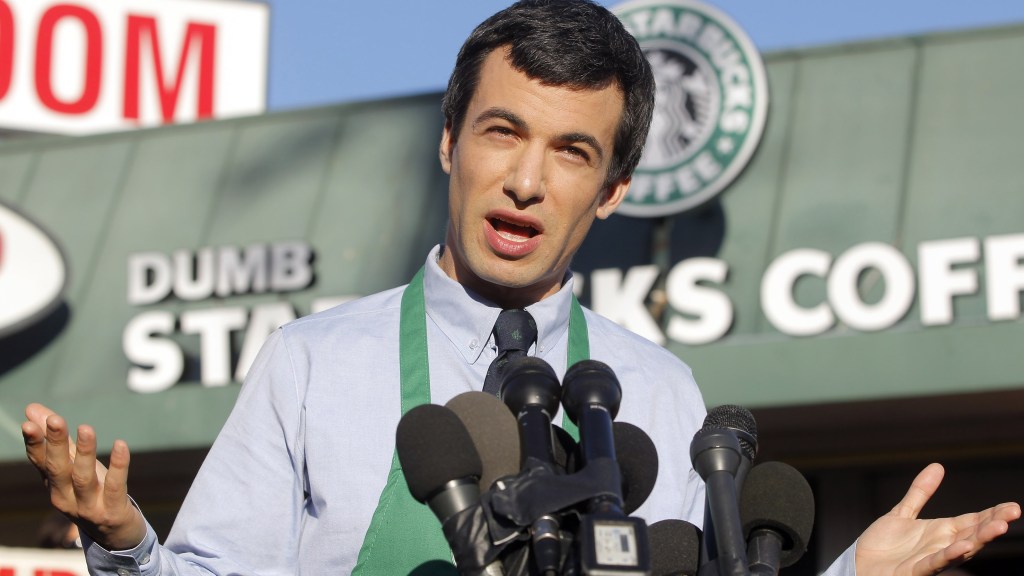 Turns out, as more than a few people suspected, the “president and founder” of L.A.’s coolest/most confusing “brand-new coffee experience” is prank genius Nathan Fielder of Comedy Central’s Nathan for You. “Many of you probably know me as a comedian, but this is no bit or joke — this is a real business I plan to get rich from,” Fielder says in a video that’s either earnest, awkward, or both. And in a way, Fielder’s already gotten rich from the endeavor. As Tess Lynch reported after exhausting her patience trying to get a free cup of crappy, potentially ironic coffee, “[Dumb Starbucks] means something, or it must by now after all the clicks and hashtags, but we haven’t got a clue what that is. It trades in an invisible currency, but it still gets your adrenaline going in a palpable way. Popularity, even brief popularity, is so closely associated to being rich that at times it seems like a negligible difference.”

Though the Los Feliz location was quickly shut down for operating without a proper permit, Fielder said in a press conference that Dumb Starbucks will “expand” to Brooklyn soon. But why? A production design professional told Deadline it looked like as much as $30,000 could’ve gone into creating Dumb Starbucks, and that money had to come from somewhere, for some reason. The most obvious motive is that Nathan for You has its second season coming this year, and nobody should be surprised if the first episode features a nice long “Ha, look at these hipsters” segment. But there’s also the not-negligible side effect of a comedian piggybacking on one of the planet’s most recognizable brand names: blog posts like Entertainment Weekly’s “Who is Nathan Fielder? His 5 best ‘Nathan for You’ stunts before Dumb Starbucks” and Grantland.com’s “Confirmed: Nathan Fielder Is Behind Dumb Starbucks” are popping up all over the place.

That all seems a little cynical, of course. Maybe we’re just in for a fun supercut of all the broadcast news establishments that sent camera crews to report, straight-faced, on something called Dumb Starbucks. That would be fun for everyone.

Filed Under: Coffee, nathan fielder, nathan for you, Dumb Starbucks