Naomi Watts Is a Sexy Grandmother 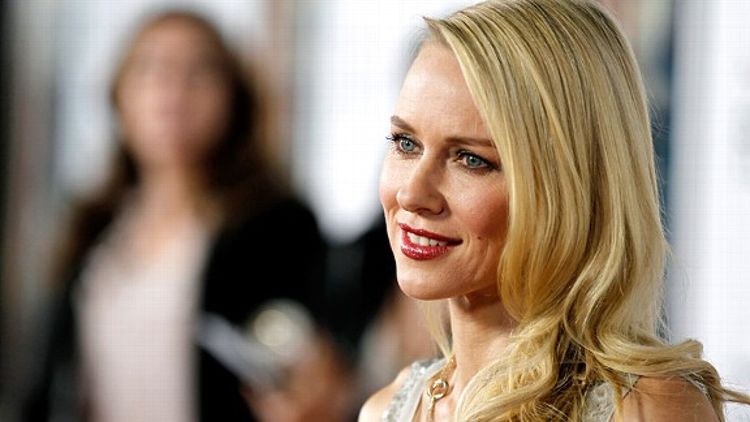 As previously rumored, Madonna has been confirmed for this year’s Super Bowl halftime show, where she’ll be performing in collaboration with Cirque du Soleil. The event takes place right around the time her movie W.E. is out, and there is speculation that a single for her upcoming album will be seeing the light of day around then as well. And, just to make sure she squeezes all the promotional juice she can out of the exposure, in the weeks before the big game Madonna will also be releasing a new batch of merch, a wine collection, a modified Magic Bullet, a series of historical commemorative coins, and a high-end luxury foam finger. Grade: B [MTV]

West of Memphis, the Peter Jackson-produced documentary on the West Memphis Three — directed by Amy Berg, and produced by Damien Echols, one of the accused, and his wife Lori Davis — has wrapped shooting. The circumstances of the plea deal had Echols and his two co-defendants plead guilty in order to be freed, after 18 years, on crimes they didn’t commit. According to Berg, “This film represents the trial these men didn’t have.” Grade: A [Variety]

Stoopid Monkey Productions’ Seth Green and Matthew Senreich, the duo behind Adult Swim’s Robot Chicken, are launching their own stop-motion animation studio with Buddy Systems, called Stupid Buddy Stoodios. What’s more surprising here? That Seth Green has become a full-time stop-motion animation don? Or that the alternate spelling of ‘stupid,’ so woefully prevalent in the mid-nineties, is now again rearing its ugly head? Grade: B [Deadline]

Peter Weller, the original Robocop, has signed onto J.J. Abrams’ Star Trek sequel in a primary role that, due to the project’s ongoing secrecy, would not be revealed. Barring any further information, we are going to go ahead and assume Abrams will just have Weller play Robocop. Grade: A [Deadline]

Songs of the Week: Pusha T Goes to the Opera